Your guide to crypto in Toronto: Crypto City 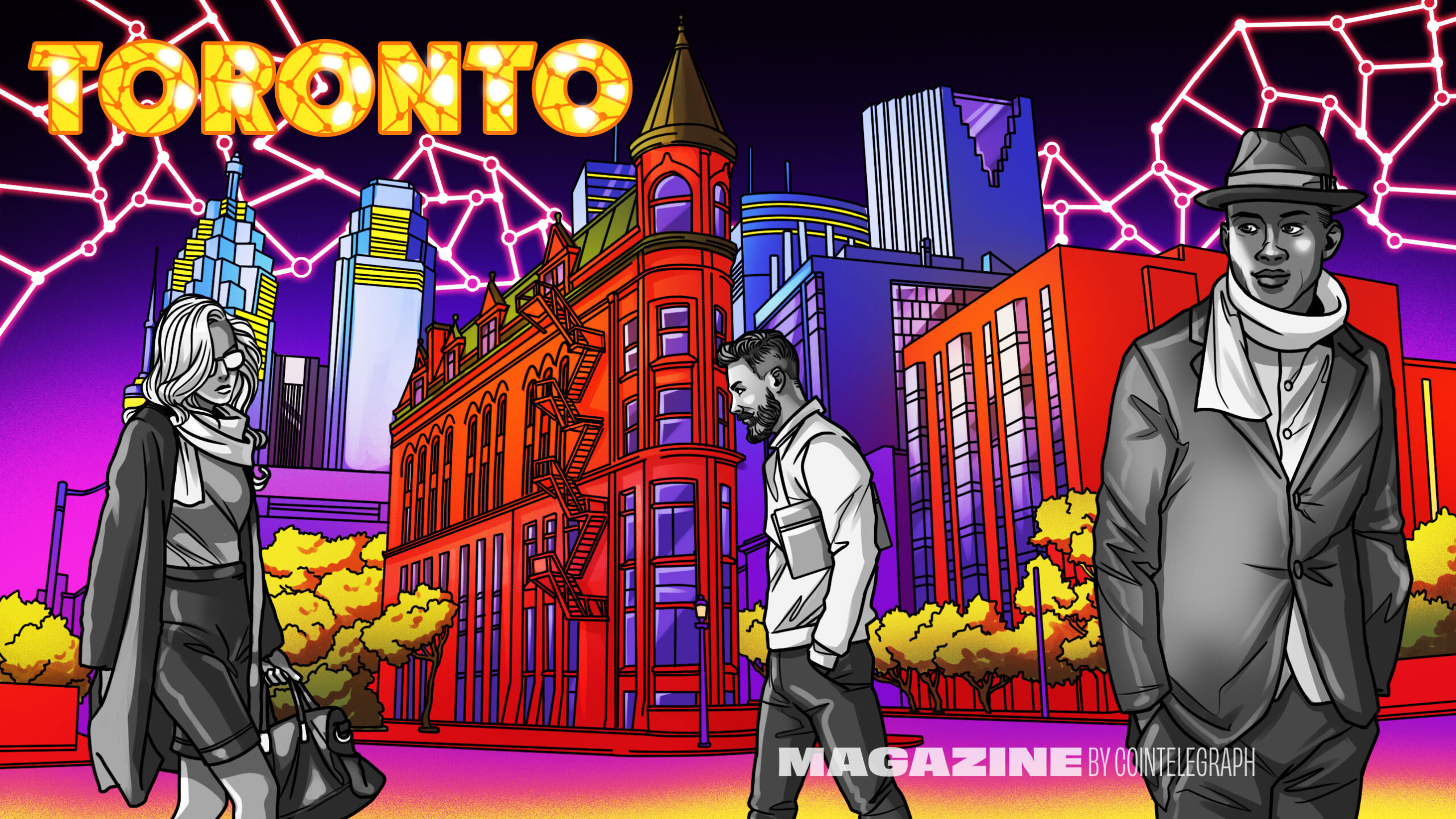 Toronto embraced digital assets sooner than most and is home to more crypto projects than anywhere else in Canada.

The city lies at the center of the so-called Golden Horseshoe, a large urban area around the shore of Lake Erie that 9.76 million people about a quarter of all Canadians call home. Consistently rated among the worlds most livable cities, Toronto, much like Vancouver on the west coast, is notable for its ethno-cultural diversity brought on by waves of immigration. Its within a short flight of the capital Ottawa, as well as Montreal to the north and New York to the south. Toronto is seen as the countrys financial and cultural capital. 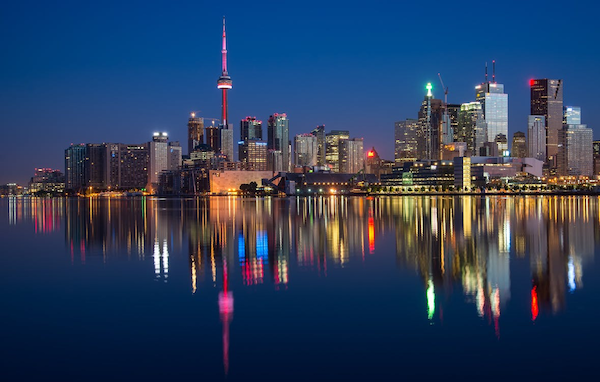 Playing home to notable battles between indigenous peoples in the late 1600s, French traders from the mid-1700s and the British later that century, Toronto has seen a lot. In 1834, around the time of a failed rebellion against the British, it was incorporated as Toronto, which was a First Nations name, and the city became a destination for slaves escaping the American South. In the late 1800s, the city became a railway hub. Today, it is served by Pearson International Airport.

As a global hub of business and culture, Toronto resembles a northern version of New York, to the extent that many movies set in New York are filmed in the city due to their similar appearance. Winter weather can be formidable, with freezing rain in 1999 requiring the army to be called in for road clearing. The city is well-known as the birthplace of Ethereum and today hosts a majority of Canadas blockchain companies.

T.G.I.F! Great day to relax, spend some quality time with the family and buy more crypto. We have over 50 ATMs across the GTA! Find an ATM near you now: https://t.co/e61tWMgWRh #Toronto #Crypto #Ethereum #Bitcoin #Litecoin #bitcoinATM #EthereumATM #LitecoinATM #CashtoBTC #Canada pic.twitter.com/8KFRAaPg8H

Vitalik Buterin, an elongated Toronto young man who looked brainy in a very literal way, had attended Anthonys first meetup and later brought to him an idea for a blockchain platform he called Ethereum.

So writes author Ethan Lou in his memoir, Once A Bitcoin Miner, much of which takes place in Toronto. Anthony Di Iorio, an early Bitcoin investor, started a crypto meetup named after his software company Decentral in a redbrick house in Torontos historical fashion district this is where the young Buterin walked in with his idea for Ethereum, which is, of course, another story entirely.

With the founding of Ethereum, Toronto cemented its position in the crypto canon. By 2018, Canadian startup blog BetaKit wrote there was a divide in Canada between the areas that embraced the cultural aspects of crypto on one side, and the financial aspects on the other.

An Investment in Knowledge Pays the Best Interest: The Parlous State of Financial Education

While Toronto and Waterloo are understood to be lively crypto hubs, Vancouver is known for companies that privilege crypto-collectibles over currency, and blockchain art over tokens.

This makes sense, considering Toronto is a city oriented primarily toward finance, while Waterloo, the birthplace of BlackBerry, is a tech hub an hours drive away. Thats where Buterin attended university briefly and was the home of the author of this article for nearly 20 years. 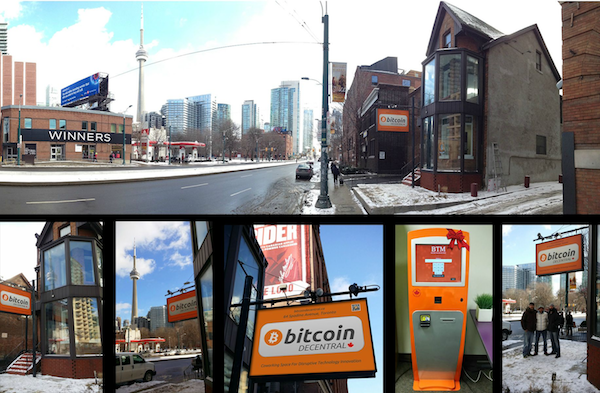 In 2014, Decentral opened a physical location on the prominent Spadina Avenue, making it and its large Bitcoin sign something of an institution and a way in which Bitcoin touched the lives of average Torontonians. Featuring a Bitcoin ATM, the spot became almost a Bitcoin embassy in the city, hosting meetups and other events.

As a financial hub, Toronto regularly plays host to blockchain conferences including the annual Blockchain Futurist Conference, the largest in the country. In 2022, the event coincided with ETH Toronto. The year also saw the Web3 & Blockchain World summit, AIBC Toronto and the Cardano Summit 2022. A quick browse of Meetup.com will reveal that there are dozens of cryptocurrency-, blockchain- and NFT-themed meetups in the city and surrounding area.

So excited to be in Toronto for The Blockchain Futurist Conference with The #bettertraders_
Podcast. Come say hi pic.twitter.com/xk6TRLw88Q

The corporate nature of the city means there is more funding available than in most other comparable destinations, explains Charlie Aikenhead, senior vice president of marketing at WonderFi. And unlike south of the border in the United States, there is a general sense of regulatory certainty, which encourages a willingness to bet on the industry.

Canadian investors and citizens seem to have a more favorable view of the industry and have less worries about customer protections than other countries.

Where can I spend crypto in Toronto?

According to Coinmaps, there are a number of businesses in the city and surrounding areas that happily accept cryptocurrency as payment. In addition to crypto ATMs and various shopping outlets specializing from sportswear to TV antennas, one can have their teeth repaired at Downtown Dental Hygiene Clinic, with the same service available for their homes at B & B Cleaning Service. Down the street from both, Grossmans Tavern is happy to exchange beer for bits, while Toronto Brewing will sell you all you need to make drinks at home. Even cryotherapy is available at Vital Cryotherapy Toronto.

It looks like there are plenty of places to spend crypto around Toronto Or you can search the whole world on Coinmap! pic.twitter.com/678AsIoU4h

Coffee can be purchased at the nearby Snakes and Lattes board game cafe a few blocks away, while Urban Living Suites offers a good nights rest for crypto tourists roaming the streets without loonies or toonies what locals call $1 and $2 dollar coins, featuring a loon and two polar bears, respectively. Online services such as those offered by WebRocker Web Design are also available.

While crypto acceptance is by no means the norm, it is notable to say that it appears very reasonable that one could go cashless and survive on cryptocurrency for the majority of their needs by seeking out crypto-friendly businesses in the region.

If one is determined, just about anything can be purchased with crypto in the Toronto region. Source: Coinflip

Crypto projects and companies in Toronto

Toronto has the largest concentration of blockchain startups in the country, to the extent that startupill.com published a list titled 82 Best Toronto Cryptocurrency Startups. Among the biggest ones include exchanges Coinsquare, CoinSmart, Tokens.com, Bitbuy, BitSwap, 3Commas, Coinberry and Coinlet among several others. Angel.co also lists 39 Top Blockchain / Cryptocurrency Startups in Toronto in 2022, many of which appear to be actively hiring.

On the mining side, Hut8 Mining is perhaps the most established player, being listed on the Toronto Stock Exchange with a market cap above $400 million. Bitfarms is also listed at a market cap of just under $200 million. DigiMax, Digihost and Cryptoster are also involved in mining.

Andrew Kiguel, CEO of Tokens.com and former CEO of Hut8 Mining, explains that the mix of crypto companies and several large universities is the secret sauce to the citys industry success, which, he says, has a young and sophisticated crypto population.

There are several large universities, and many crypto companies are headquartered here. As a result, theres a large, active crypto community, he says. There are regular meetups and businesses that have launched in the city. It has a young and sophisticated crypto population.

The crypto environment is generally cooperative and friendly. There is a large talent pool in Toronto seeking employment in crypto. Many crypto companies were launched in Toronto, and others, such as Galaxy Digital and Hive, were financed out of Toronto.

In addition to exchanges and mining, Toronto also hosts many financial services and advisory companies specializing in cryptocurrency. These include Signal, a market intelligence firm, Bitcoinblack, which provides crypto-backed credit cards, and payment transfer company Biquiti.

Jaxx Wallet, which allows users to easily manage cryptocurrency holdings via smartphone, is also based in Toronto. 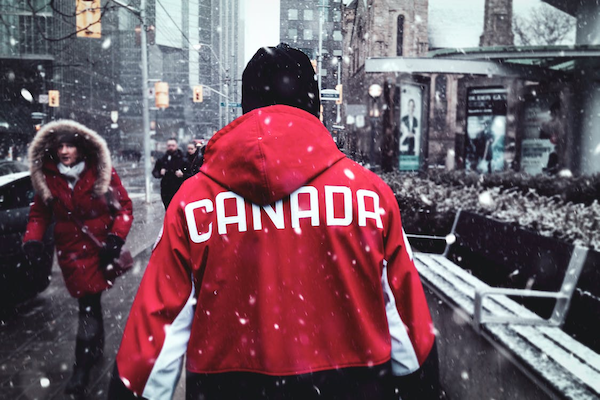 Lower cooling costs are one positive note for the crypto mining industry in Canada. Source: Pexels

Earlier in 2022, authorities seized a Lambo and $2 million from local 23-year-old Crypto King Aiden Pleterski, whose company AP Private Equity Limited was accused of being a $35-million fraud according to court documents. Pleterski was allegedly renting out a lakeside mansion for $45,000 per month even as some locals say they lost money earmarked for their grandchildrens education.

In early 2020, a Los Angeles billionaire named Josh Jones became a victim of a so-called SIM-swap attack, according to Ryk Edelstein, founder of 5-L Technologies, in Montreal. The attacker took $45 million in Bitcoin but was eventually tracked down to nearby Hamilton via a PlayStation username and IP address, where authorities found a teenager who later pleaded guilty. A friend, who witnessed the arrest, later recounted the story to local news:

He told me, after the SIM swap, that he thought he got only $1 million. But when he looked at the total amount and saw it was $45 million, he panicked. 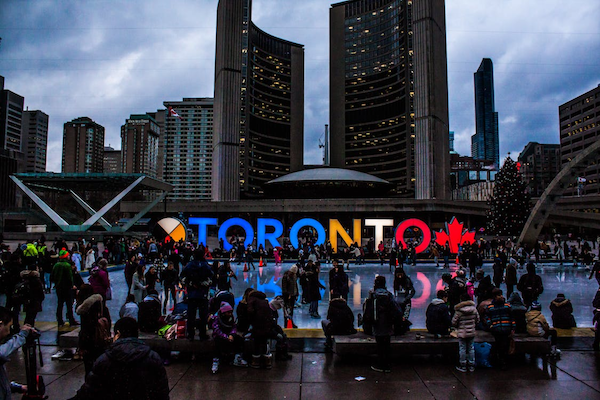 The city has seen a few crypto crimes from investment scams to SIM-swaps. Image: Pexels

Toronto also served as part of the stage for the infamous case of QuadrigaCX, whose late founder, Gerald Cotten, lived in the city while running the exchange. He reportedly died in India in 2018, seemingly taking the private keys to nearly $200 million with him to the grave which victims have later fought to exhume in a search for answers. In June 2020, the Ontario Securities Commission officially concluded that QuadrigaCX was a fraud and a Ponzi scheme.

Subscribe
The most engaging reads in blockchain. Delivered once a week.
Email address

If you want to be a blockchain dev, at George Brown Universitys Casa Loma campus, you can participate in a one-year full-time Blockchain Development Program, which comes with a mandatory on-the-job training element. Tuition is only about $5,000 per year.

Toronto Metropolitan University offers a course called Blockchain for Business, which promises to help fill a knowledge gap for professionals seeking essential knowledge in the ways in which blockchain technology works and how it can be applied effectively to solve business problems. York University has a dedicated Blockchain Academy and offers a Certificate in Blockchain Development, which is more geared toward building than understanding, through its School of Continuing Studies.

There is also CryptoChicks, a nonprofit that has grown from Toronto to encompass chapters around the world helping thousands of women around the globe to learn and invest in blockchain, build new careers and businesses.

We tracked down the original Bitcoin Lambo guy