Ripple [XRP] market weakens, but short traders can benefit at these levels

XRP bears could push XRP lower if the BTC failed to go beyond $21k, offering short-selling opportunities at these levels. 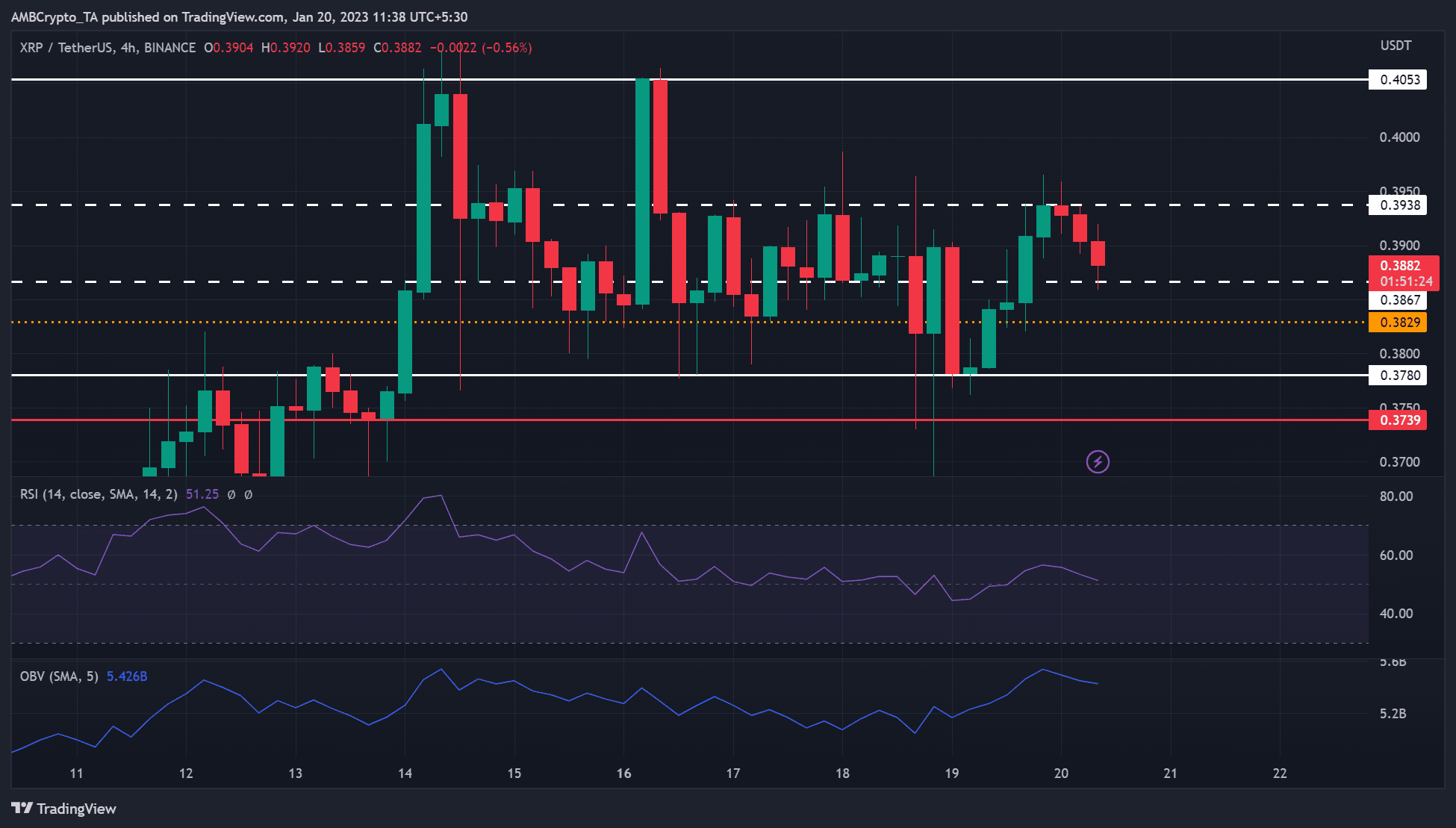 On the four-hour chart, the Relative Strength Index (RSI) retreated from the lower range but was forced to move toward the neutral line. At press time, the RSI value was 51, showing that the market was almost neutral after buying pressure declined as bears gained more leverage.

The On-Balance Volume (OBV) also dipped slightly, suggesting a limited uptrend momentum in the short term. As such, XRP could drop lower and settle at $0.3780 if it breached the $0.3867 and $0.3829 supports. These levels could serve as short-selling targets for short traders.

Is your portfolio green? Check out the XRP Profit Calculator

However, a breach above $0.3938 would invalidate the bearish prediction. Such an upswing would set XRP to target the bearish order block at $0.4053, especially if BTC reclaimed its $21k zone.

According to Coinglass, XRP’s Open Interest (OI) dropped. The price decline showing downtrend momentum was too strong, as more money flowed out of XRP’s futures market. Therefore, XRP could be bearish in the next few hours before recovering.

In addition, Santiment’s data showed that active addresses dropped in the past 24 hours, indicating that fewer accounts were trading XRP. This resulted in a limited uptrend momentum. Put differently; it gave bears more leverage in the current market structure.

XRP’s development activity also fell sharply alongside reduced investors’ confidence, as evidenced by the negative weighted sentiment. Therefore, these metrics suggested a bearish outlook for the asset in the next few days.

However, investors should watch for BTC movements and RSI patterns. RSI rejection on the mid-range would signal a slowing downtrend momentum and is worth tracking to minimize risks for bears. Similarly, if BTC went beyond $21k, XRP bulls could be tipped to overcome the $0.3938 hurdle.