Polkadot outshines other networks in the last month with the highest…

Is your portfolio green? Check the Polkadot Profit Calculator

Per data from the on-chain data provider, Polkadot’s development activity in the last 30 days totaled 441.5.

In assessing a network’s performance, development activity is an important metric. This is because it provides insight into the level of engagement and commitment of a project’s community and development team.

A high level of development activity, as indicated by the large number of GitHub commits, suggests that the project is active and continuously being worked on, which can prove its potential for growth and success in the long term. Additionally, it can mark how well developers are adopting the blockchain and how quickly new features and improvements are being added.

The rally in Polkadot’s development activity in the last month is attributable to the increased upgrades and activity on the network’s parachains. For example, Mantra Network, a privacy-preserving DeFi stack built on Polkadot, announced the launch of its MantaPay testnet v3 on 29 December 2022.

Also, Bifrost Finance, a Parachain on Polkadot and Kusama, announced the launch of its new cross-chain function, allowing users to switch easily between its native token BNC and Astar Network’s ANC.

1/ It's #PolkadotRoundup time! Check the 🧵 for the latest key news and announcements from parachain teams, ecosystem projects and infrastructure providers. pic.twitter.com/KuUWp9iZle

Per data from Subscan, user activity on the chain has rallied in the last month. The count of new addresses created on Polkadot daily has jumped by 15%. Likewise, the number of daily active accounts on the blockchain has increased by 47% during the same period. 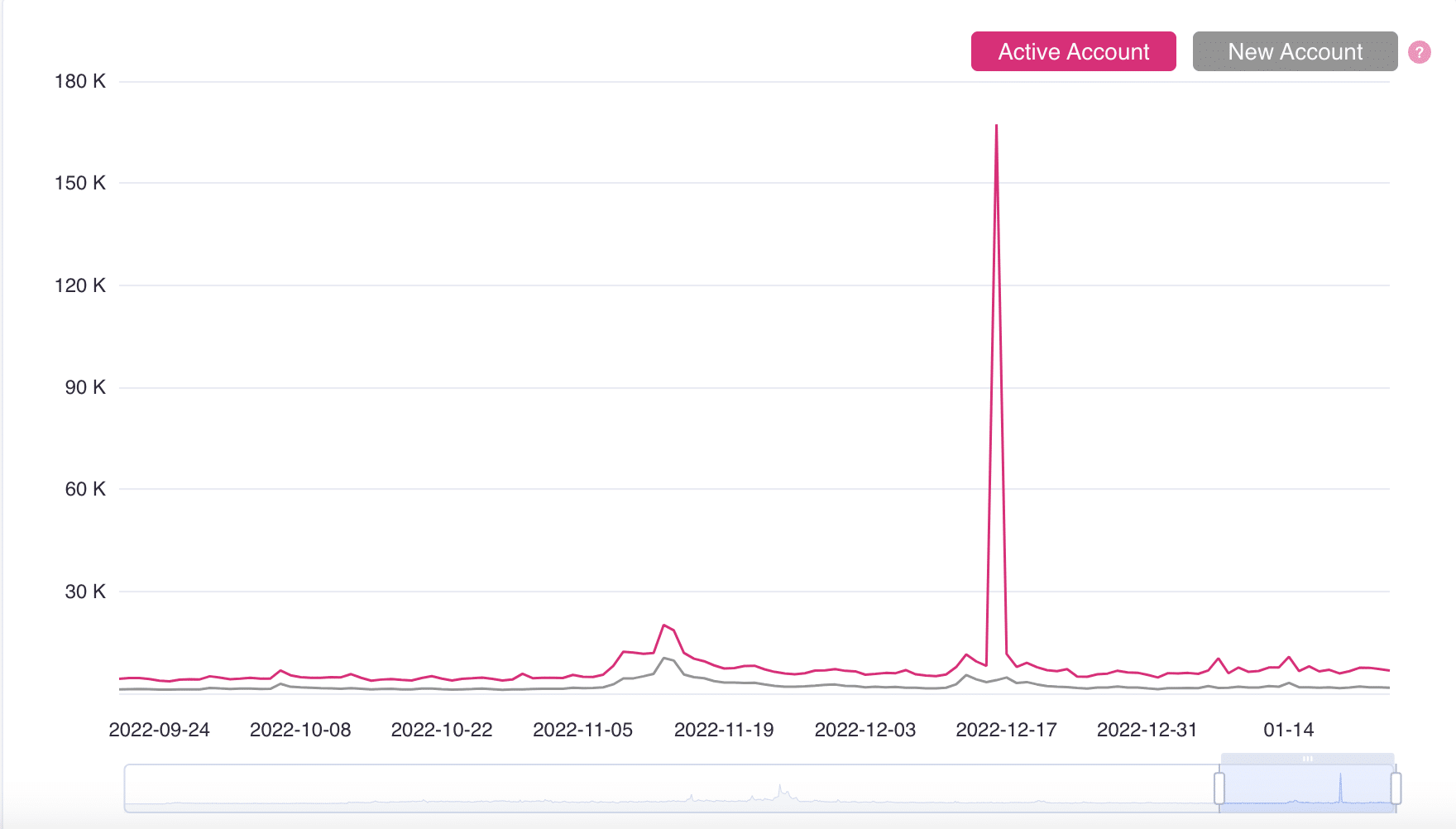 Lastly, daily revenue recorded on the network has also grown significantly during the last month. According to Token Terminal, it increased by 2500%.