Monero has been on a solid bullish run, here is what buyers can look for

Monero [XMR] has broken above a higher timeframe trendline resistance, and also progressed past the $160 mark. The $150 – $160 area has been contested since September 2022, therefore the daily session close at $168 on 11 January was a sign of bullish intent.

Bitcoin [BTC] has also climbed past the $$17.8k resistance level, and bulls fought to drive prices above $18.2k. A move higher for Bitcoin appeared likely and this could spur Monero toward further gains as well. 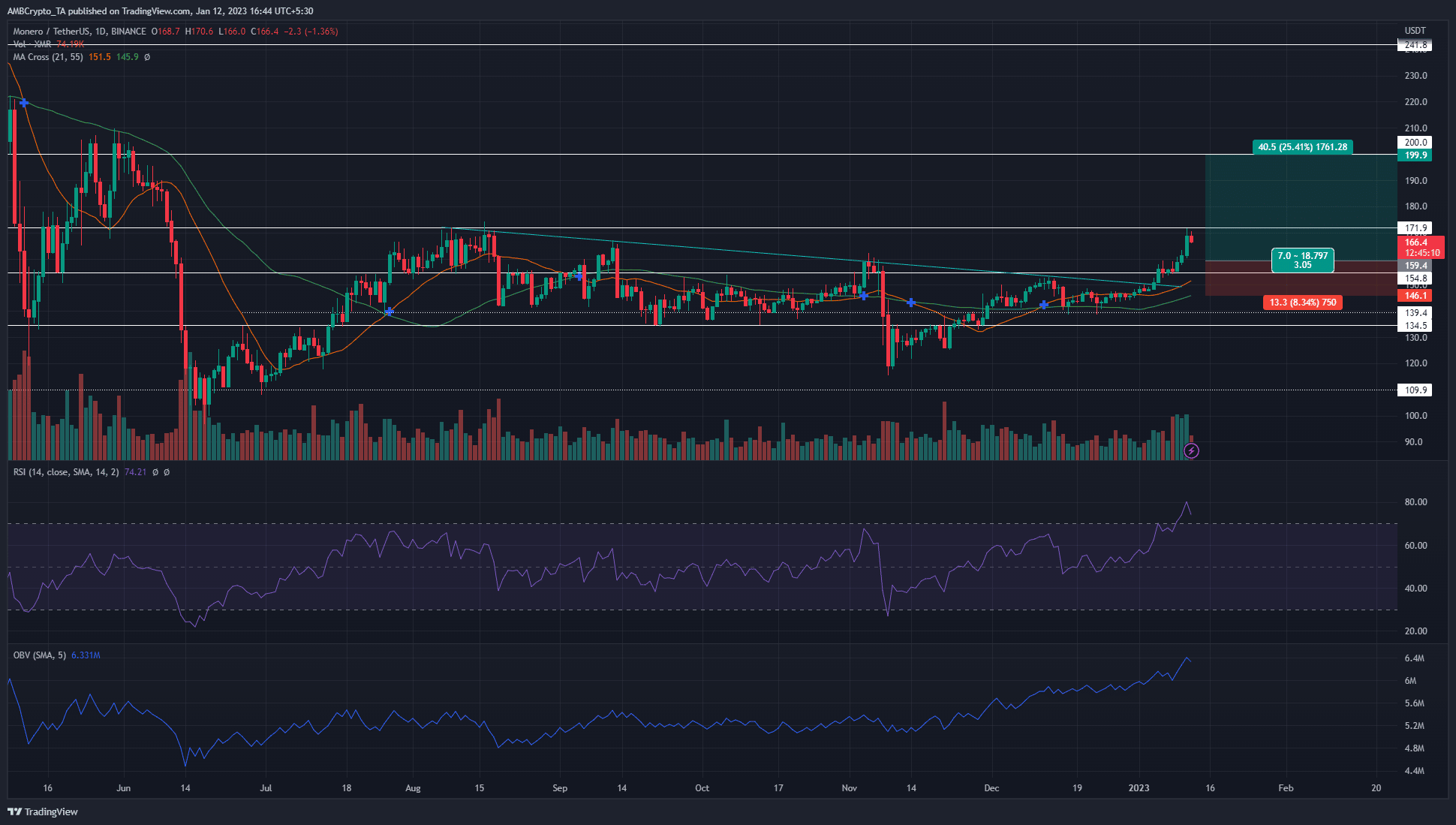 Monero rallied from $104 to $170 in June – August 2022. Since then, the price has formed a series of lower highs, which was captured by the descending trendline resistance (cyan). Even though the price saw gains on lower timeframes, it could not establish a higher timeframe uptrend.

This could change following XMR’s breakout past $150, which is a psychological level of importance. Above it sat the $154-$162 region of resistance. Back in mid-September, Monero threatened to break out past the $160 resistance but was met with a reversal. This time around, the $160 region saw consolidation for a few days before the price made another leg upward.

Is your portfolio green? Check the Monero Profit Calculator

The RSI pushed as high as 74, which was an overbought territory. This signaled strong bullish momentum, and a reversal was not yet in sight. The four-hour chart saw an exaggerated bearish divergence form, but that was only indicative of a minor pullback.

The OBV has also risen strongly in recent weeks, especially in December 2022. This showed genuine demand was behind the gains Monero has posted since mid-December 2022. 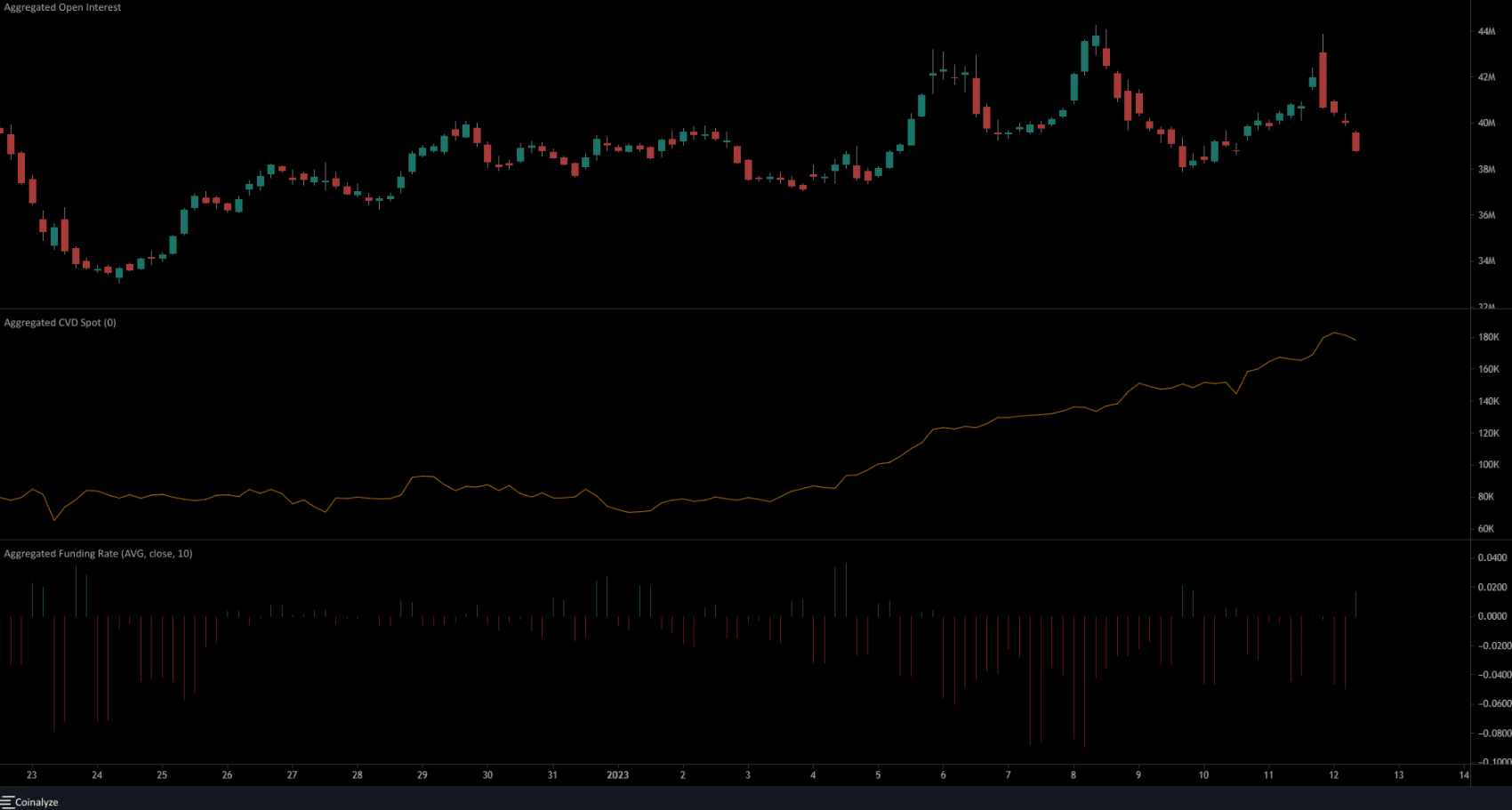 January has seen the Open Interest steadily grind upward. The past couple of days saw the OI fall dramatically, which could indicate long positions being closed in profit. Overall, the steady rise in OI since mid-December, alongside the rising prices from the $140 mark, was indicative of bullish sentiment.

Like the OBV, the spot CVD has also climbed higher to show demand was genuine behind the rally of Monero. This can encourage the bulls. The funding rate also pushed into positive territory, which meant long positions paid the short ones. The long/short ratio of the past 24 hours was skewed in favor of the buyers as well, reinforcing the idea of lower timeframe bullish strength.