ApeCoin, in a recent update, announced the dates on which staking for ApeCoin will be launched. This launch may result in hype around the altcoin $APE, something that may also impact its price action positively.

According to the aforementioned tweet, APE staking will go live on the 12th of December. Leading up to this date, interest in the token may continue to grow on the charts.

For instance, on the social front, ApeCoin did see growth. According to LunarCrush, a social media analytics firm, ApeCoin’s social engagements increased by 42.4% over the past week. Coupled with a growing number of engagements, ApeCoin’s social volume recorded a spike too, with the same evidenced by Santiment’s charts.

However, despite ApeCoin’s appreciation on the social front, its weighted sentiment continued to decline. A declining weighted sentiment suggested that the crypto-community had more negative than positive things to say about ApeCoin, at the time of writing.

Along with the declining weighted sentiment, NFTs affiliated with ApeCoin also had a tough time in this market. NFTs such as BAYC, MAYC, and Crypto Punks exhibited volatility in terms of floor price and volume over the past few days.

In fact, the number of sales for MAYC fell as well. Figures for the same declined by 54.79% over the last 7 days. Along with that, the number of transfers and liquidity of the NFT collection depreciated as well. 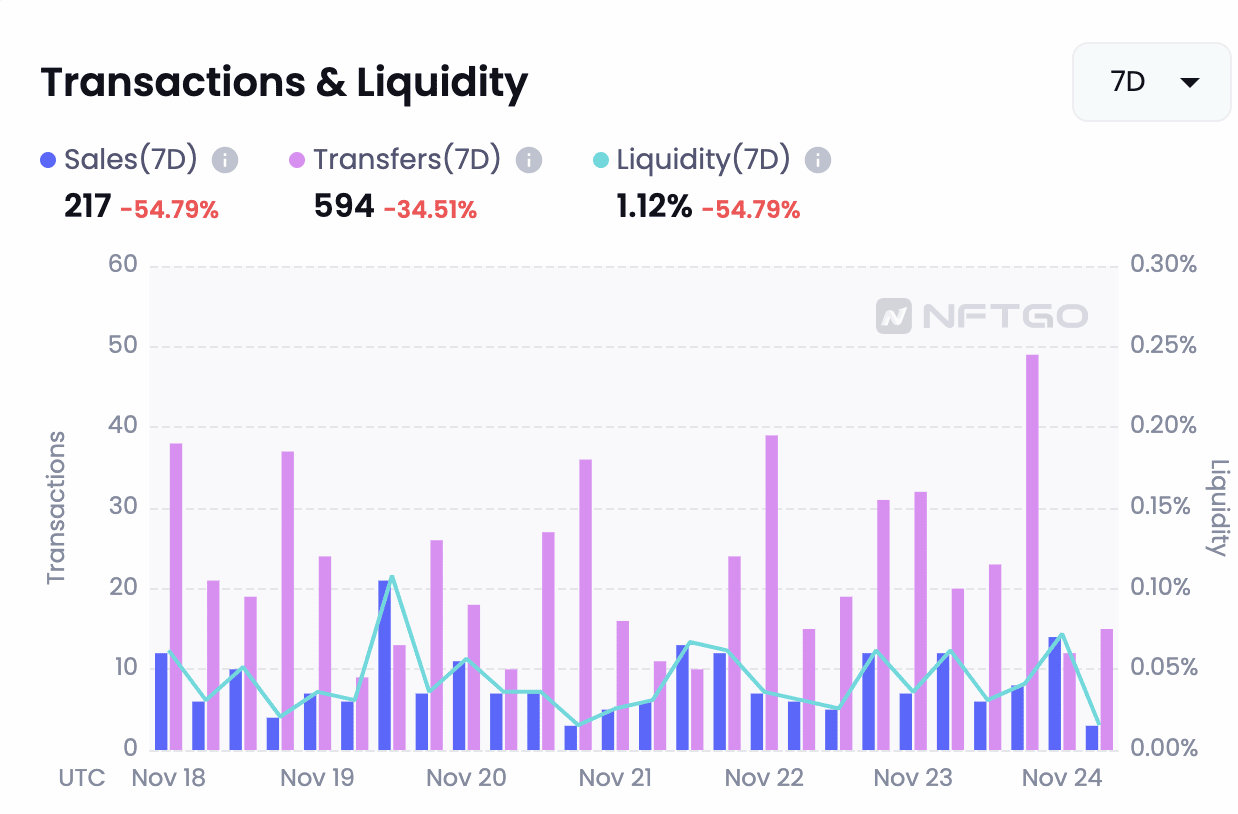 Another cause of concern for ApeCoin investors would be the decline of interest from whales.

It can be observed that the supply held by top addresses significantly reduced over the past few days, implying that large addresses began to lose interest in the token. Along with that, the MVRV ratio was negative as well, underlining that if a majority of APE holders decided to sell their holdings, they would be incurring a loss.

However, ApeCoin’s velocity registered a spike too. This revealed that the frequency at which APE is being exchanged among addresses has increased lately.

It remains to be seen whether the introduction of staking will help APE overcome the obstacles in its path to growth.

Avalanche and Alibaba partnership may have this effect on AVAX