Litecoin [LTC] was one of the top trending coins between 17 – 24 January, and for good reason. It has outperformed many top coins in the last few months, including Bitcoin [BTC] on key metrics, but what does this mean for its future?

The last 12 months have been really tough for the crypto market, but Litecoin has emerged as one of the best performers. This is particularly evident in its recovery, especially from 2022 lows. It has outperformed Bitcoin and Ethereum [ETH] and is still relatively undervalued.

The number of Litecoin addresses grew steadily in the last 12 months despite having gone through a rough bear market. The total number of addresses was 171,530,374 by 24 January. This means roughly 51 million addresses were created during this 12-month period. 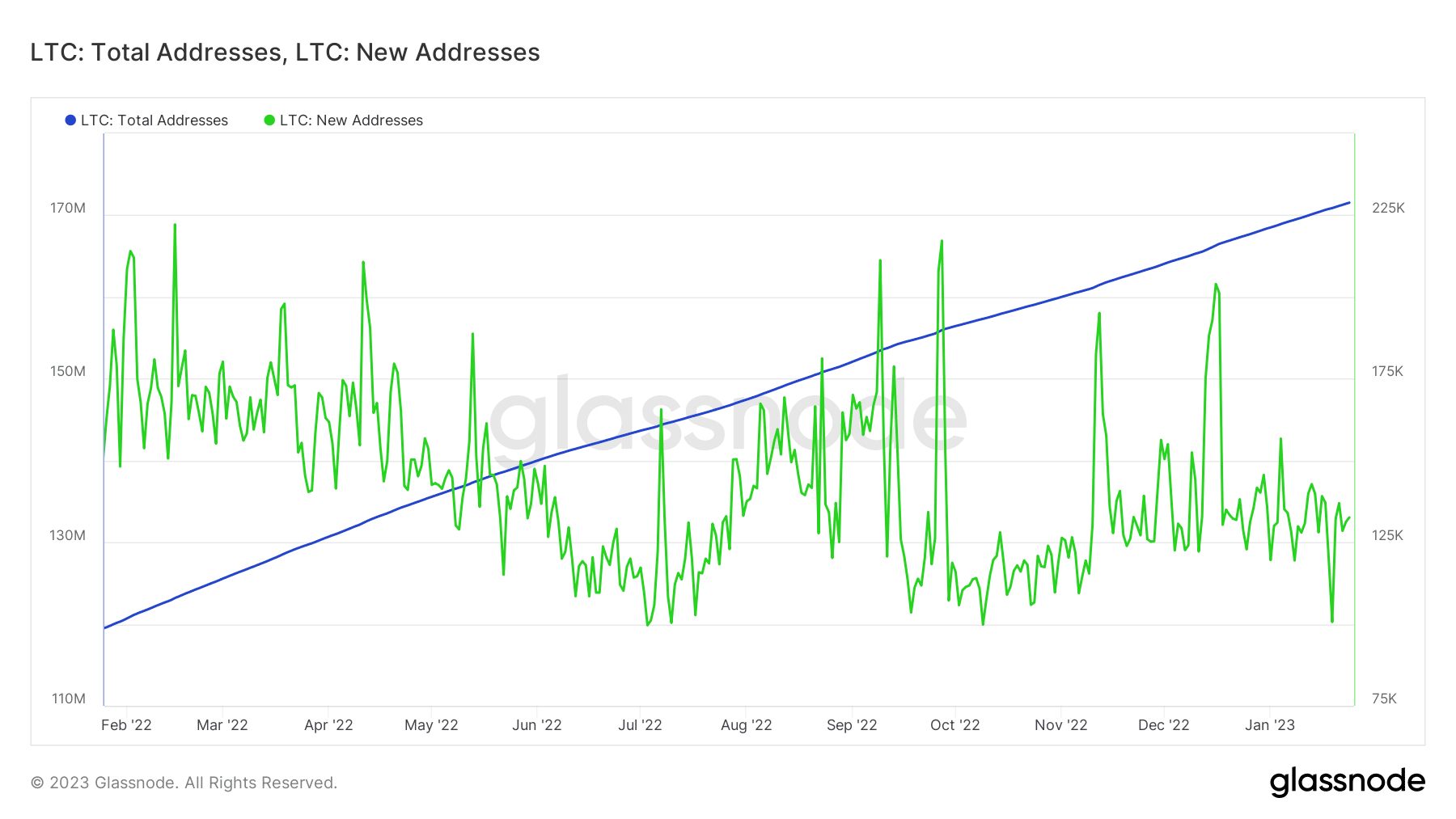 Despite this, Bitcoin added a little over 88 million new addresses in the last 12 months. This means it outperformed Litecoin in this segment. But how does this explain the stronger performance?

Well, LTC’s upside might result from higher demand from whales. Investors are more likely to flock towards a coin perceived as undervalued and one that has more potential gains ahead.

LTC is still trading under $100 despite the recovery. Thus, a 10X gain could be more probable or easier than a 10X BTC rally. This might be the reason for increased interest in Litecoin, especially from whales.

Speaking of whales, LTC experienced a large surge in whale transaction count above $1 million between 23 – 24 January.

The recent surge was accompanied by a surge in social dominance. Such a major surge in whale transaction count should trigger a massive selloff under normal circumstances.

Until press time, LTC’s price action put up a defensive wall, preventing more price slippage. In other words, whales might be accumulating, hence warding off the bears. Litecoin’s MVRV ratio registered a powerful surge in the last 24 hours.

Realistic or not, here’s LTC’s market cap in BTC’s terms

The MVRV ratio suggested a surge in profitability for traders, especially those that purchased recently before the price started rallying in the last 24 hours. This is despite a slight drop in daily active addresses.

Perhaps this is a sign that whales remained optimistic about LTC’s prospects this year at press time. If this trend continues, then Litcoin might be due for a solid performance this year.