However, bulls found steady support of around $297 and launched a price recovery. At press time, BNB’s value was $303.6o and could oscillate in the range below for the next few hours/days. 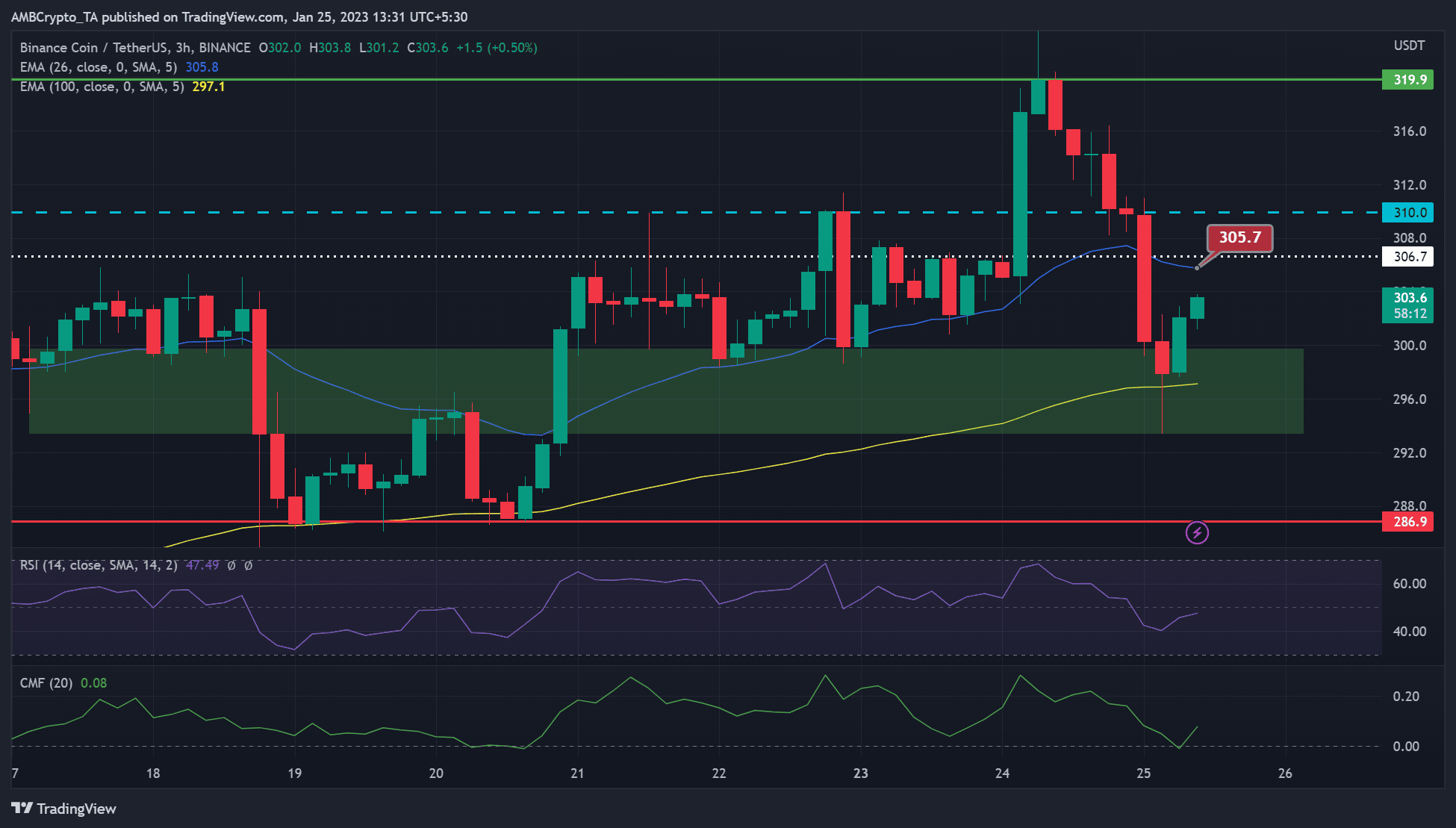 On the three-hour chart, the Relative Strength Index (RSI) rebounded from the 40 level and showed that buying pressure increased after dropping to the 40-mark.

In addition, the Chaikin Money Flow (CMF) was rejected at the zero mark, forcing it into an uptick on the positive side, which indicated that the BNB market was strengthening.

Therefore, BNB could oscillate between the demand zone ($293 – $300) and $310 in the next couple of hours. BNB has traded within this range since 21 January, only to witness a false breakout on 24 January. A retest of the $319 could also be likely if BTC reclaims the $23k zone.

However, BNB could drop below the demand zone if BTC breaks below $22.5k, invalidating the bias described above. But such a drop could settle on the 100-period EMA (exponential moving average) or $286.9 level.

According to Santiment, BNB’s 30-day MVRV (market value to realized value) dropped from 36% to 6% at press time. Short-term holders’ profit tanked by 30% as BNB’s price correction wiped out recent gains.

The price decline was also followed by an elevated negative weighted sentiment and a drop in demand in the derivatives market, as evidenced by the drop in the Funding Rate. However, the Funding Rate rested on the neutral line and any increment could boost BNB’s recovery.

Alternatively, a further drop in the Funding Rate could set BNB to retest the demand zone below $300. Moreover, the active address in the past 24 hours also dropped, but there was a slight uptick at press time. Any further increase in active addresses could boost the recovery momentum.