Axie Infinity rockets past $10, may push higher without significant retracement

Axie Infinity [AXS] noted gains of 138% from the swing low to the swing high of January until press time. The token’s performance meant that sentiment in the bulls’ camp was euphoric. Yet, there were suggestions that the buyers were running out of ammunition.

Is your portfolio green? Check the Axie Infinity Profit Calculator

Bitcoin [BTC] continued to hold on to the $23k level at press time, and further gains seemed likely. The bullish sentiment can spur AXS higher as well. The question remained – will buyers get a decent pullback to enter long positions? 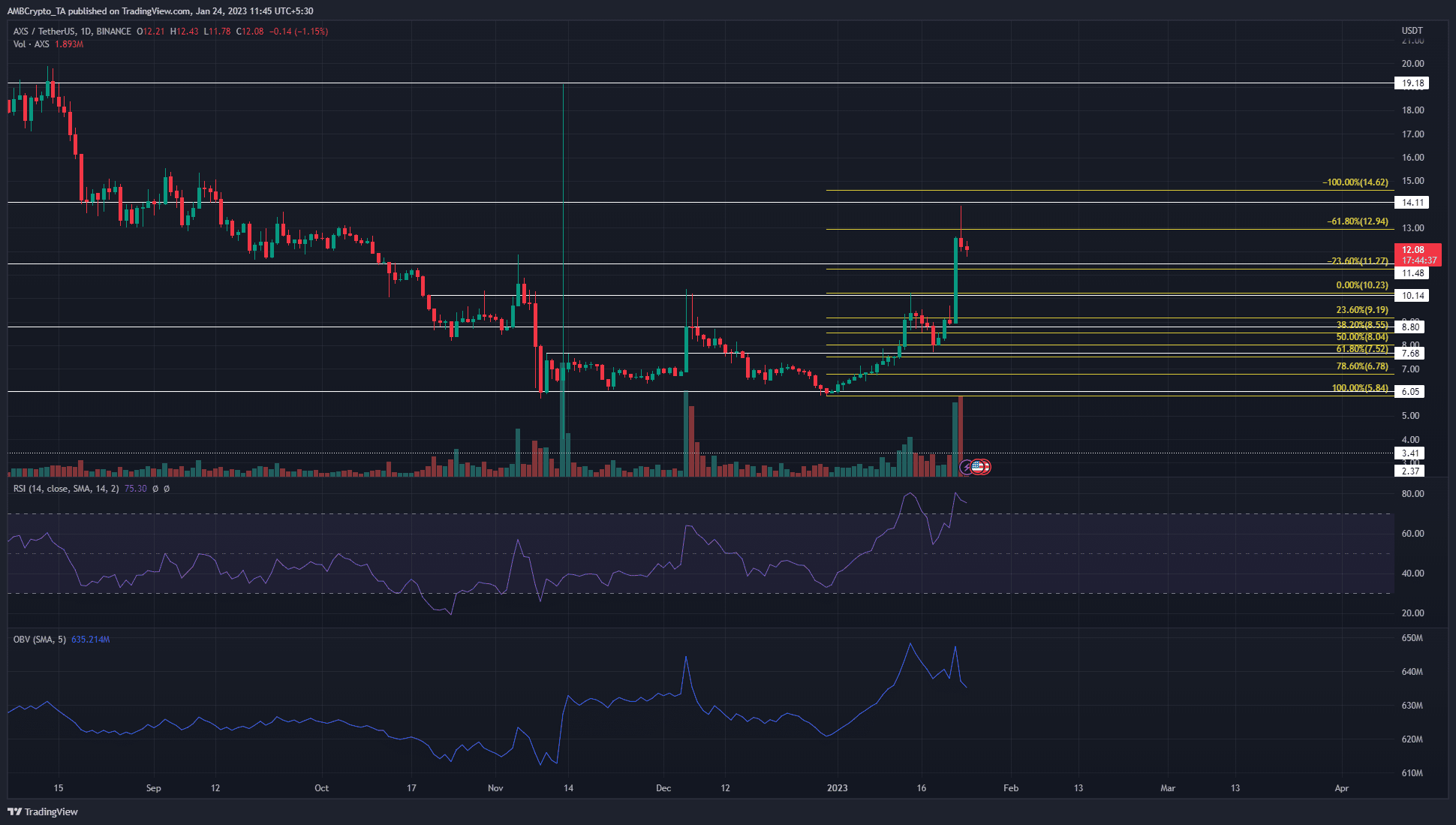 The momentum was strongly bullish behind AXS in January. It broke the market structure on the daily chart and flipped it to bullish on 9 January, when the price pushed up to close the daily trading session at $7.32. The recent lower high was $7.25 on 22 December.

The start of 2023 saw the OBV register a huge surge upward. This indicated an enormous amount of buying, and the break in market structure reinforced the bullish bias. A set of Fibonacci retracement levels was drawn based on the bullish move.

The pullback from $10.2 nearly reached the 61.8% retracement at $7.52, before moving higher to $13.94. The OBV did not move higher, although the RSI did. This was concerning for the bulls, as the rally higher was not backed by genuine buying pressure.

An examination of lower timeframes such as four-hour showed the $11.22-$11.4 area was support. The $10.8-$11 area was a short-term liquidity zone, and the price could revisit it before a move higher. A four-hour session close beneath $10.8 would likely precede a pullback as far south as $9.3. 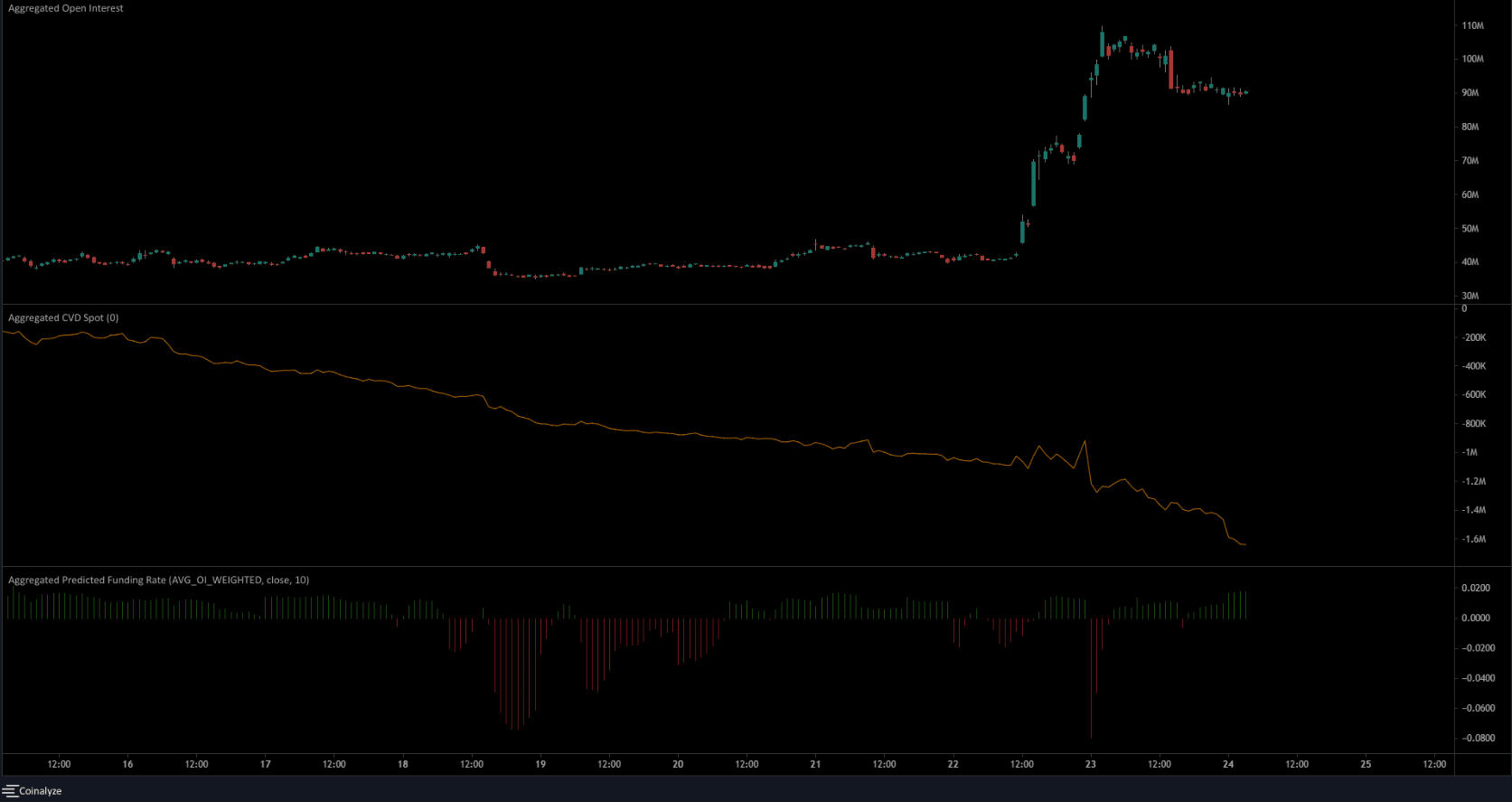 While the OBV failed to make a higher high alongside the price, the spot CVD suggested bearish pressure. The persistent downtrend on the CVD in recent days showed steady selling pressure behind the asset. However, the Open Interest pushed higher with the price to indicate bullish intent.

Capital flowed into the market, and the funding rate was positive to show bullish sentiment. Even though the bears were not out in force yet, the lack of strong bidding power from the bulls can be concerning.

Since the structure and momentum were bullish, AXS traders can look to trade with the trend. A positive reaction near the $10.8-$11.2 area can be used to re-enter long positions in the event of a pullback.