YouTuber Sentenced to 50 Years for Kidnapping and Bitcoin Ransom 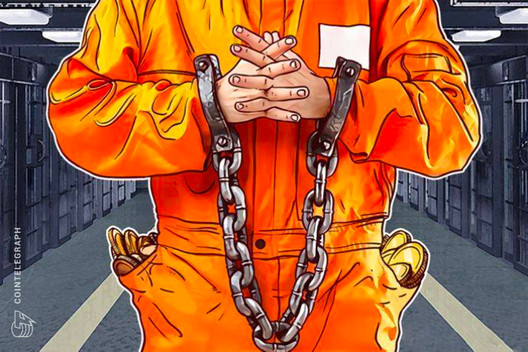 A former YouTuber has been sentenced to 50 years in prison for masterminding a kidnapping that demanded $100,000 in BTC for the victim’s safety.

25-year-old Mexican YouTuber Germán Abraham Loera Acosta has been sentenced to 50 years in prison for masterminding a woman’s kidnapping in February 2018 in Chihuahua, Mexico.

Acosta is one of six men convicted for the kidnapping. The group demanded $100,000 in Bitcoin (BTC) in exchange for the release of 33-year-old lawyer Tania Denisse.

Acosta rented a house that was used to hold the victim captive while they established communications with authorities over the internet to demand a ransom of 2 million Mexican pesos (roughly $103,000).

At the time, authorities described Acosta as “very experienced” in using internet communications anonymously. Despite his technological savvy, authorities emphasized that they were able to track the Bitcoins that were sent to the kidnappers.

All ransom money was retrieved by authorities

After receiving the ransom, Acosta used Twitter to reach out to the founders of Mexican cryptocurrency exchange Bitso, writing: “I’d like to speak to you. We are the heads of marketing for the biggest bitcoin casinos in the world.” Bitso did not respond to the message.

Forty-eight hours after establishing communication with Acosta, the Anti-Kidnap Unit of the Chihuahua Prosecutor’s Office rescued Denisse. The kidnappers were located by the state’s cybercrime department.

All ransom money was fully recovered by law enforcement during the kidnappers’ arrest. Three vehicles, a handgun and the mobile phones used to negotiate the ransom were also seized in the operation.

Acosta is a former YouTuber with an audience of tens of thousands who claimed to be the director of a marketing company. He also reportedly participated in the World Congress of Young Leaders for Peace in Mexico during June 2017.