With Bitcoin Price Surging, What Do Key Trends Say About BTC Halving? 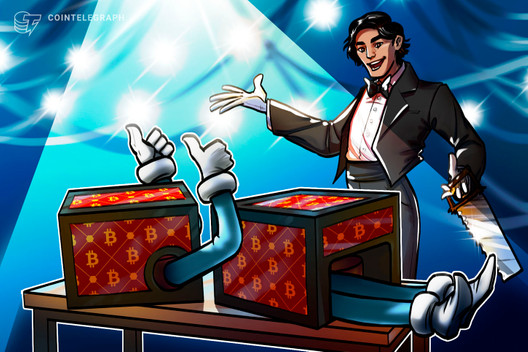 Ahead of Bitcoin’s upcoming halving, all major trends surrounding the premier cryptocurrency seem to be positive.

For over a month, the global crypto community has been talking about the upcoming Bitcoin halving event with great gusto. However, because of the economic slump that has affected the entire planet at the moment from the spread of the novel coronavirus, it seems as though this halving may not have as big of an impact on the premier cryptocurrency’s value when compared to previous fluctuations.

With that being said, despite many traditional assets, such as oil and stocks, slipping in value quite heavily since the beginning of March, Bitcoin (BTC) seems to be experiencing a strong wave of pre-halving bullish momentum that has helped the flagship digital asset stay above the $7,500 mark for over two weeks. Not only that, but Bitcoin secured another relative high on March 29 by climbing to around $8,900, with traders still continuing to press for a break so that the currency can secure above the all-important $8,000 threshold for good.

However, many crypto analysts such as Micheal van de Poppe believe that it will be quite difficult for Bitcoin to maintain its current upward movement and sustain a break of the $8,000 or $8,500 barriers. In his view: “Events like the halving could trigger an increased level of FOMO. [...] However, once people realize that the event doesn’t have an impact short term, sell pressure will also be strong.”

In addition to its price, the upcoming halving will most likely have a direct impact on a number of other aspects of Bitcoin, such as the currency’s hash rate. Therefore, to gain a better understanding of the matter, Cointelegraph reached out to Tim Rainey, the chief financial officer of Greenidge Generation, a New York-based power plant and Bitcoin-mining hybrid. In his view, if Bitcoin’s price remains constant after the halving, another temporary drop in its hash rate — much like the one that was witnessed in March — may be in the books. Rainey further added:

“As the last of older generation miners go offline and new mining farms, powered by the wet season in Sichuan, come online. However, we employ only the latest generation mining hardware, and have figured various possible scenarios into our business plans should the halving play out different from expectations.”

Commenting on the subject, Wayne Chen, the CEO of Interlapse Technologies — a financial technology firm that seeks to promote the adoption of digital currencies — told Cointelegraph that intermittent, wild fluctuations in Bitcoin’s native hash rate levels may be observed during the weeks prior to and after the halving. However, owing to the fact that Bitcoin has gained more value and reputation since its previous halving events — and has maintained its successful dominance against the entire crypto market — he believes the currency’s hash rate will continue to increase during the rest of 2020.

When looked at historically, it is clear that following the last two halvings Bitcoin’s hash rate increased quite substantially. However, this time around the scenario has changed significantly. For example, investors are now better versed in Bitcoin, something that was definitely not the case back in 2012 and to a lesser extent in 2016. In this regard, Jose Llisterri, the co-founder of the crypto derivatives exchange Interdax, told Cointelegraph:

“Participants are more well-informed about Bitcoin and it is likely that the hash rate will fall immediately after the event, as we saw with Bitcoin Cash and Bitcoin SV which had their block reward halvings earlier. The drop in hash rate will be because of miners that are inefficient; their costs will be too high to continue operating as the block reward is cut in half.”

Furthermore, Llisterri pointed out that following any upcoming slump, Bitcoin’s hash rate will most likely recover, as efficient miners will figure out how to reinvest in their operations as the mining difficulty quotient starts to readjust itself.

Related: Peer Into the Crystal Ball: Will BTC Halving Echo Fate of BCH and BSV?

On Monday, Bitcoin bulls all over the globe were given a reason to celebrate as the Crypto Fear & Greed Index — a metric used to ascertain the levels of psychological instability within the crypto market — exited its lowest possible reading of “extreme fear” after a total of seven long weeks. To be a bit more specific, the Fear & Greed Index is based on six core components: volatility, market momentum and volume, social activity, surveys, Bitcoin dominance and an analysis of Google Trends.

With that in mind, because the halving will most likely increase Bitcoin’s overall price volatility over the next couple of months, it will most likely impact the index in a negative way. However, Llisterri believes that the event will have a positive impact on Bitcoin’s market momentum, social buzz and overall reputation because it will help the currency gain a lot of media attention, as well as expose a whole new stratum of investors:

“The event could generate optimism amongst traders. Trading volume increased by 50%-150% in the months leading up to the previous halvings but the increased volume only persisted after the 2012 halving. In 2016, volume started dropping during July, the month of the halving and didn’t start to pick up until three months later. This time around, we’ve seen a solid increase in trading volume with March seeing the highest monthly volume since July 2019.”

In regard to Bitcoin’s dominance index, it has risen from around 50% at the start of 2019 to around 65% at present, while the market share of the second-largest cryptocurrency, Ether (ETH), has remained stable at around 7–10% during the same time period. As things stand, there is no reason to believe that the halving will adversely impact the Bitcoin dominance index.

Providing his insights on the matter, Matthew Ficke, the head of market development for the crypto exchange platform OKCoin, told Cointelegraph that his company’s research data seems to indicate that the upcoming halving has already been factored into Bitcoin’s overall price, and thus there is no real reason to believe that the Crypto Fear & Greed Index will sway from its current position as a result of Bitcoin halving. Ficke then went on to add:

“Another signal we consider for gauging market sentiment is the buy and sell activity on our exchange. Naturally, the trading activity in crypto and traditional markets has seen volatility and trading increase in the last few weeks. What is hard to determine is how much of this is related to bitcoin halving (and FOMO) vs. the reaction from the market due to COVID.”

Ever since the media buzz surrounding the upcoming halving event first started to grab the attention of the masses globally, it has seemed as though the majority of the sentiment regarding Bitcoin across various major social media channels — particularly Twitter — has been radiating a sense of optimism.

In this regard, Mohanned Halawani, the founder of the marketing firm Crypto PR, told Cointelegraph that when looking at what people have been saying online about the halving event, it is quite clear that both Bitcoin traders and hodlers are sitting on the edge of their seats in anticipation of another bullish scenario, adding: “Overall, the excitement about Bitcoin halving (or halvening) has exceeded all expectations."

A similar outlook is shared by Ficke, who added that by using Google search volume data along with keyword data captured through OkCoin’s social analytics tools, it is clear that there is high anticipation of the event. Kenneth Yeo, the CEO of Sparrow — a Singapore-based options trading platform — believes that the general consensus on the halving has been quite positive: “Most people’s mentality being right now is — decreased supply, increased demand.”

Related: Two Weeks and Counting: Experts Warn Bitcoin Halving May Be a Nonevent

However, in Chen’s experience, social media discussions regarding the event have been either neutral or slightly underwhelming. He did, however, point out that the actual Bitcoin halving has historically been very mundane, both leading up to and following the event. Chen further opined:

“Everyone has an expectation of an upward surge in price at a later date. With the Covid-19 pandemic as an added detriment to the world economy, we may see a quicker bullish signal than the previous halving events.”

While most crypto experts are right now largely concerned with the price aspect of Bitcoin, it seems as though the upcoming halving may also result in increased criminal activity in relation to the asset, as it is expected that the value of many premier crypto assets may increase following the event.

Commenting on the matter, Alex Heid, the chief research officer at SecurityScorecard — an information security company that rates the cybersecurity risks of corporate entities — told Cointelegraph:

“Ransomware attacks will increase as a result of the halving, likely making use of known vulnerabilities and phishing as a means of deployment. Financial crimeware which has been traditionally aimed at banks will target cryptocurrency exchanges at an increasing rate.”