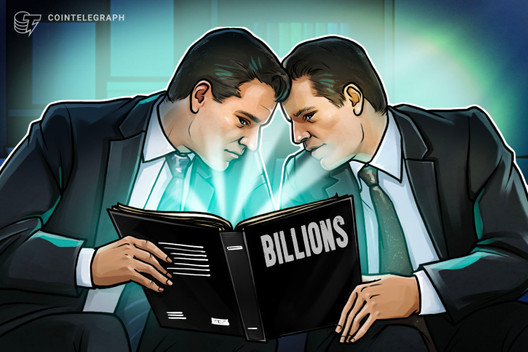 Crypto fans witnessed another episode of “Billions” featuring a plot focused on a Bitcoin mining operation.

The world of cryptocurrencies figured prominently in the newest episode of Showtime series “Billions,” broadcast on May 17. The story revolved around a crypto-mining scheme in a preparatory school.

Notably, the episode was written by Ben Mezrich, the author of Bitcoin Billionaires. The book tells the story of the Winklevoss twins. Mezrich teased his participation via Twitter:

“Billions this Sunday night ... I’m not sayin’ there’s definitely gonna be some Bitcoin… I’m just saying I did happen to write the episode ... I mean, just sayin’...”

Mining farm inside the dorm of a school

The plot told the story of Gordie Axelrod, the son of billionaire hedge fund manager Bobby Axelrod, who was operating a Bitcoin mining farm in the dorm of his prep school. The principal accused him of damaging the electrical supply to his school.

As for the infrastructure Gordie set up inside his bedroom, the mining farm generated almost 24 kilowatts per hour. However, Axelrod’s son claimed that a surge knocked out the power, rather than the mining farm.

It is not the first time that cryptocurrencies are featured in the new season of “Billions.”