Why's Bitcoin stuck under $60,000? The gold market cap may hold the answer 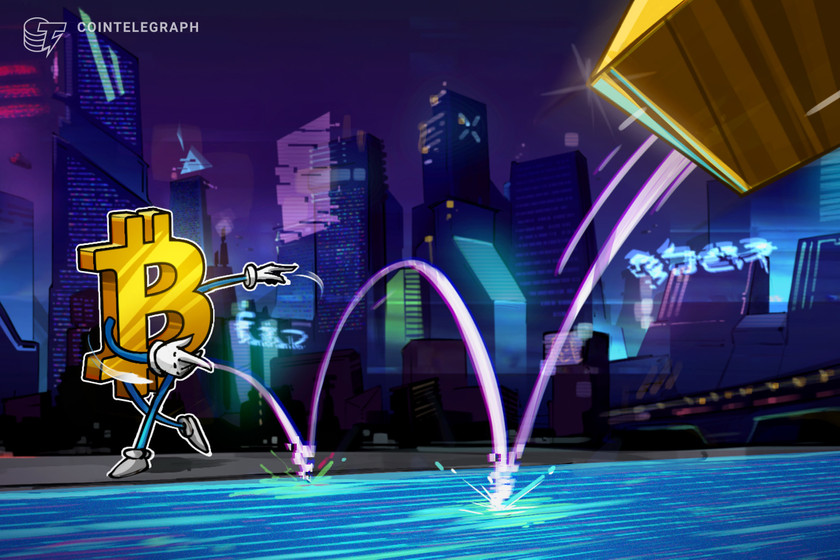 Both Bitcoin's daily volume and the amount held by large addresses roughly match 10% of gold's.

After rallying more than 100% in 2021, Bitcoin (BTC) seems to be struggling to turn the $60,000 level into support. After all, what is so special about this magic round number and its accompanying $1 trillion market capitalization?

Gold's $11 trillion market cap might hold the answer, as Bitcoin's current trading volume and the amount held by institutional investors seem to match 10% of the precious metal's numbers.

Technical indicators and derivatives data provide interesting short-term insights. But to analyze cryptocurrencies in a broader context, one should focus on market capitalization, precious metals and global wealth.

Keep in mind that the 18.67 million current BTC circulating supply is 11.2% more than existed in December 2017. Therefore, using unitary prices for longer-term comparisons can be misleading. 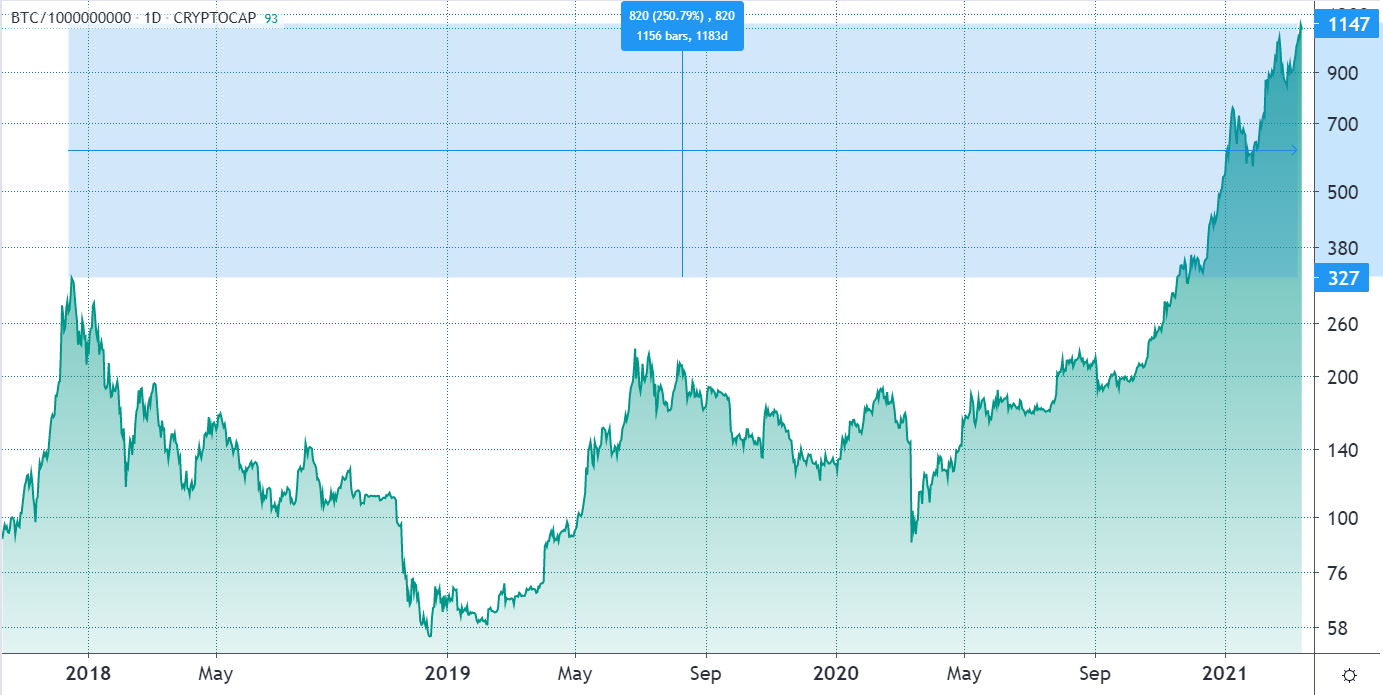 The $1.1 trillion valuation translates into a 250% increase from December 2017 peak market capitalization at $327 billion. So because of the additional issuing, that number differs from the 200% increase of the $20,000 nominal tag versus the current $60,000.

The rise of "digital gold"

Another essential metric, gold, the precious metal, has always been a proxy for the leading cryptocurrency. Although Bitcoin has multiple use cases, store of value has always been its flagship feature while the debate behind its commodity-like features and currency persists.

Regardless, as the United States expanded its monetary base over the past twelve months by 53% to an astonishing $5.25 trillion, the number of institutional investors seeking Bitcoin as a safe haven for inflation skyrocketed.

According to the above data, BTC's current $1 trillion market capitalization translates to roughly 10% of gold's, worth $11 trillion. To assess how those markets compare, one should compare their volume traded, ETF and ETN markets, in addition to institutional holdings. 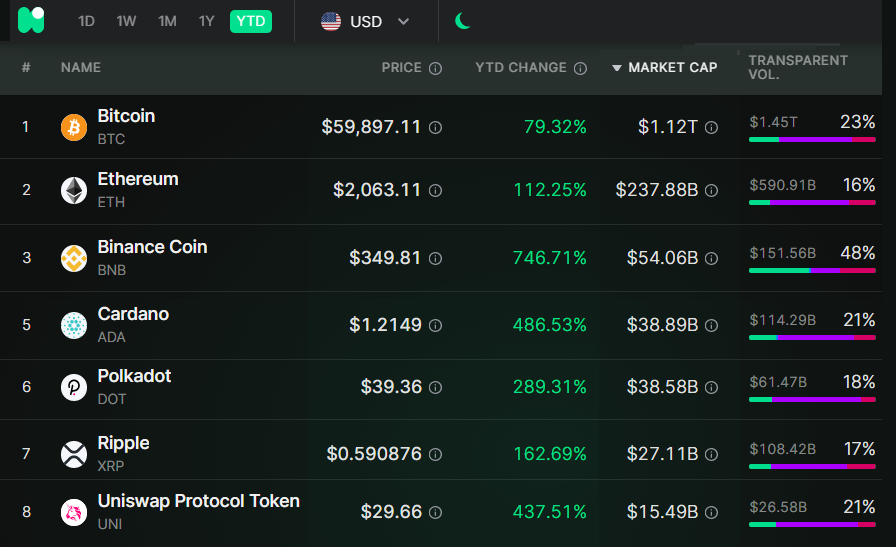 At the same time, the daily volume for BTC is approximately $15.9 billion. Exchange-traded products such as Grayscale Bitcoin Fund (GBTC) add another $1.5 billion daily liquidity, according to CryptoCompare. Therefore, Bitcoin's $17.4 billion average daily volume can be compared to roughly 9.5% of gold. 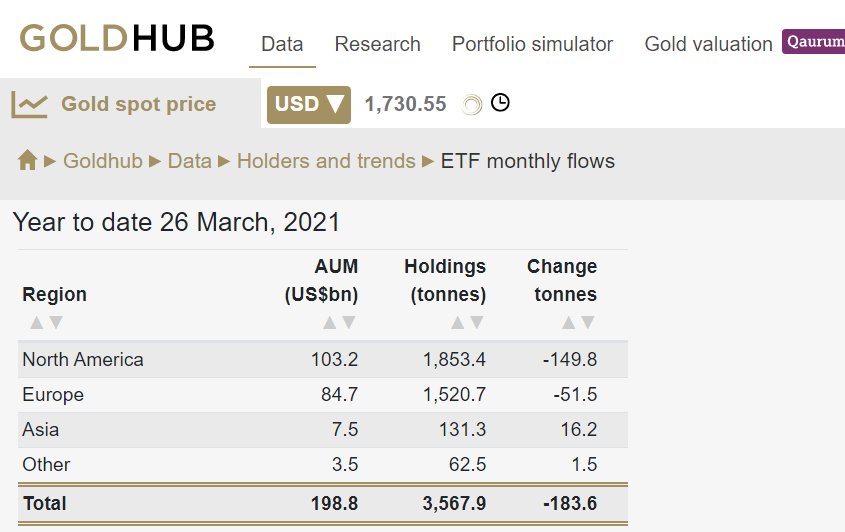 Nevertheless, a fair comparison needs to include physical holdings, the preferred instrument of governments and banks. Meanwhile, regulation for most fund managers requires BTC holdings to use exchange-listed products, causing the disparity.

For instance, central banks and the IMF hold 35,197 tonnes of gold, which translates to $1.96 trillion. Gold.org estimates 44,384 tonnes are held by private investment, including ETF markets, and those are worth another $2.47 trillion. All of this adds up to $4.41 trillion in gold held by institutional investors. 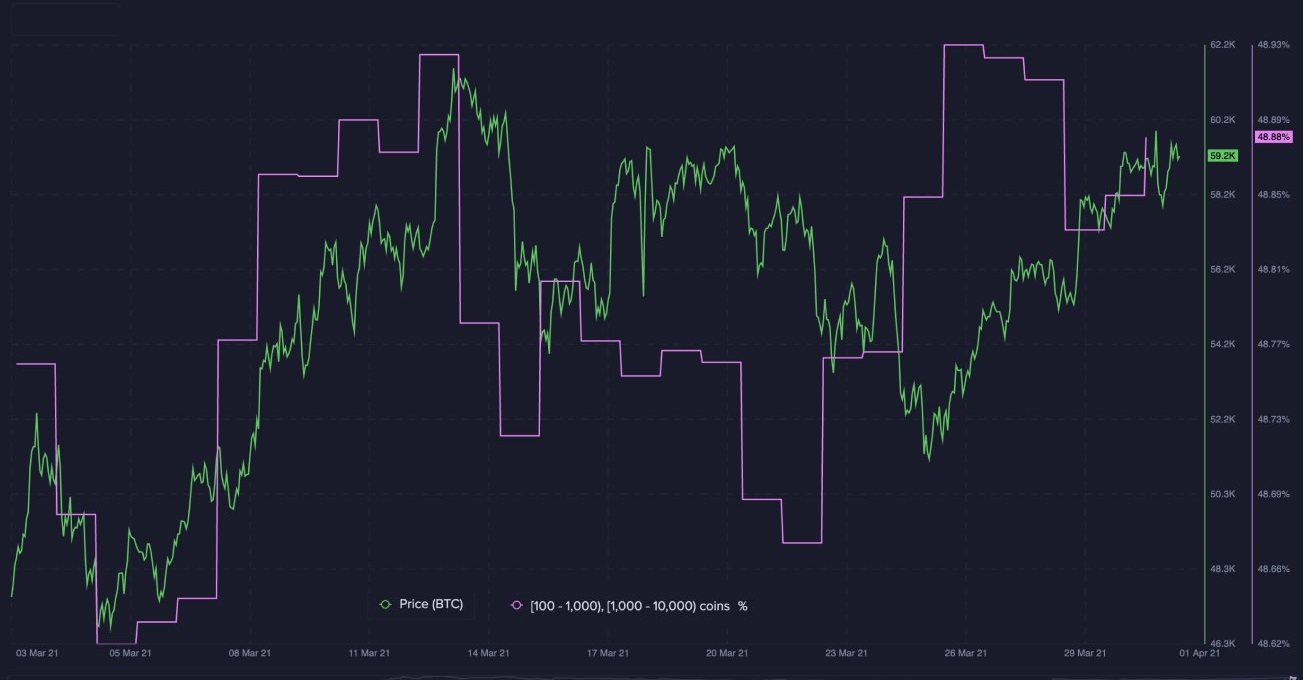 "Bitcoin fills the digital reserve-asset need in a low-yield world."

McGlone goes further, however, adding that "adoption of the benchmark crypto as a global reserve asset has crossed the mainstream threshold," which could propel BTC price to as high as $400,000 in 2021.

So to sum up, Bitcoin's average volume traded and large investors' holdings roughly match 10% of gold's markets. But while the $1 trillion market cap level may be a watershed moment for the next phase of Bitcoin adoption, BTC may remain pinned below $60,000 for quite some time, particularly as some analysts believe the price may only see a major surge toward the end of the year.

Uniswap flips Bitcoin on daily revenue... and it’s more impressive than you think