Why Betting on Gold-Backed Stablecoins Is a Losing Game 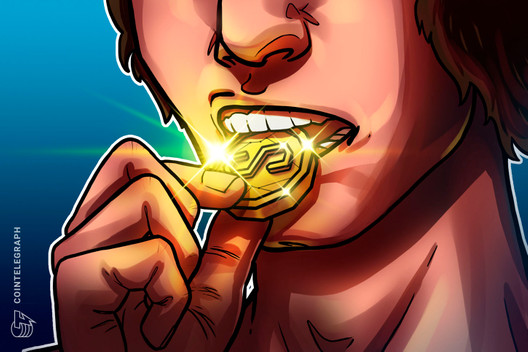 The newest financial tech can be backed by one of the most ancient and important precious metals. Is it a step forward or a step back?

Gold has been regarded as an eternal value since times immemorial. This shiny metal still acts as a store of value — especially in countries like India. Due to its exclusivity, gold is an essential element of the global financial system, and since this metal is not subject to corrosion, it has many areas of technical application. Unfortunately, the metal is heavy, its transportation is fraught with certain difficulties, and storage costs a lot of money.

The last century, however, has brought more changes within the existing world monetary system than all the previous millenniums. Following the national fiat currency advents, the digital world with electronic money has stepped in over the past 20 years, and we are now close to seeing the establishment of e-money 2.0 with the help of emerging blockchain technology. We are witnessing an asset fusion process taking place, where digital currencies are backed not only by public interest and hype but also by the particular assets or commodities. But the question is, can the past merge with the future to provide better financial solutions?

Choosing the underlying asset for stablecoin

Many stablecoin projects haven’t produced the value and strength anticipated a few years ago when more and more companies concluded that unbacked cryptocurrencies couldn’t lead the future of the digital market. Out of all the projects ever launched, the Stable Report data indicates that more than 150 stablecoins are either inactive or dead. Moreover, more than 40 stablecoin projects that were backed by gold have already closed up shop.

According to Blockdata, it’s vital that fiat-backed stablecoins have some type of centralized entity controlling the security and that gold-backed assets have to be able to prove that the gold reserves exist and are stored somewhere safe. If a stablecoin is backed by gold reserves, it should be solid enough to survive the extreme market movements often experienced by other digital currencies.

However, gold itself is not a stable asset — it’s a public store and a way of accumulating value over the long run. Therefore, how can such an asset be the ultimate measure of value in the future?

Related: Financial Institutions Use Stablecoins to Shake Things Up in 2020

The business model of stablecoins is built around the fact that the issuer receives interest income from money market rates, which allows them to engage in business development as well as pay back the audit and board of directors. Aside from issuing a gold-backed stablecoin, the storage of collateral comes at an additional and mandatory cost, and the stablecoin itself is impossible to audit.

Moreover, gold is a metal that can be faked by using tungsten. The main uses for tungsten fake gold bars are to protect wires from corrosion or for soldering to other metals. Tungsten fake gold is sustainable, saving energy and posing no threat of pollution to the environment.

Maintenance of huge amounts of gold results in a negative carry — a condition where investments cost more than they return over the short-term. Even while tokens maintain the price of gold, gold-backed tokens are doomed to a decaying value per unit.

The rotten foundations of gold-backed stablecoins

While companies jumped on the crypto bandwagon in droves following Bitcoin’s (BTC) meteoric price increase in 2017, the logical choice would have been for these projects to follow suit.

The reality of last year’s market suggests that gold is not the best choice for the currency of the future, as many gold-backed stablecoin projects failed. There are specific reasons behind this outcome:

Thus, we can conclude that by using gold as the underlying layer to a stablecoin, its creators increase the chances of a project failure.

However, it’s unlikely that these statistics are reviewed by many of the industry’s finest. Tether (USDT), a controversial but significant platform issuing stablecoin, has recently announced its plans regarding the launch of a digital asset providing exposure to physical gold (XAU₮). There have been reports of other crypto-based platforms also working on similar products such as Coin Shares, which has been exploring the possibility of launching a gold-backed cryptocurrency. While Bitcoin has often been regarded as “digital gold,” only the future will tell whether either Tether Gold or another similar project comes out on top.

Related: Is Bitcoin a Store of Value? Experts on BTC as Digital Gold

Despite the fact that the possible benefits of fusing both physical and digital assets may look lucrative, this is not timely innovation in crypto ecosystems. Tether is infamous for having problems with auditing fiat, which can easily be audited in electronic form. Moreover, as gold can be easily replaced with Tungsten, only more auditing issues arise.

Gold represents everything that the new generation stands against. In these circumstances, the new-age global money transfer system can’t be built upon gold since governments across the globe confiscated gold in the 1930s. They still control the majority of this precious metal and are able to influence the market for gold through sales and lending.

We can’t say that gold can be 100% replaced by digital assets, as doing so still represents difficulties. Despite general misconceptions regarding gold, it still offers the most lucrative investment opportunities. Despite some fluctuations, gold constantly increases in price over time.

The world needs a next-generation e-currency designed to provide better options for trading, payments and transfers. In a quickly developing world where digitalization and speed are vital, it is only a matter of time before such an asset can be created. When a new stablecoin is being designed, not only the particular underlying assets matter but also a careful calculation of the steps before the launch to avoid legal and governmental pressure that projects like Libra are experiencing. Ultimately, gold is not the asset that stablecoin-issuing companies should look up to, but there are possibilities to tie cryptocurrency to other assets — such as the United States dollar or the euro.

In fact, the euro is a solution that is already digital-ready. Fiat-backed stablecoins might just be the efficient solution to shortcut payments flow in low competitive markets, like acquiring in tourist-heavy destinations, where merchants are being charged a high, single-digit percentage fee to process foreign credit cards.

Moreover, it can be used to fix the gap between the classical financial industry and steadily maturing digital assets.

Bicoin may not be the digital currency that can ultimately replace cash. Concerns have recently grown as Elon Musk has recently joined the camp of crypto critics who do not believe in digital money taking over. We cannot be sure whether the day of its dominance over cash payments ever comes, but we can definitely say that gold-backed stablecoins will never have a future.

Gregory Klumov is a sought-after stablecoin expert whose insights and opinions appear regularly in numerous international publications. He is the founder and CEO of STASIS, a technology provider that issues the most widely used euro-backed stablecoins with the highest transparency standard in the digital asset industry.