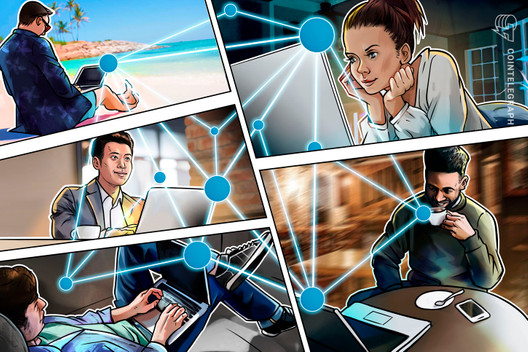 The platform will feature a utility token that rewards users for activity on the platform, and can also be redeemed for discounts on CoinLinked’s marketplace.

Speaking to Cointelegraph, Ta described CoinLinked as the “first-ever blockchain-based social network and crypto-commerce platform,” likening it to a hybrid decentralized/centralized amalgamation of Twitter, Instagram and Amazon.

“With global e-commerce steadily expanding each year and sales projections indicating that the multi-billion-dollar industry will reach new highs in 2021, there’s a clear need for a more fluid and less encumbered method for exchanging cryptocurrencies for tangible goods,” she stated.

CoinLinked has designed two native tokens — a security token for speculators seeking to invest in the platform, and an ERC-20 utility that will serve multiple functions on the CoinLinked platform called CoinLinked Coin or CLC.

CoinLinked users will be rewarded CLC in exchange for producing content on the platform, including uploading pictures or videos, sharing links, or engaging with existing posts.

Ta told Cointelegraph that the “CLC token is strictly for the platform,” noting that “in the near future [...] users can exchange the CLC [...] for discounts within the platform,” or “into another stablecoins like Tether.” She also hinted that the token may be exchangeable for Ether (ETH) in the future, contingent on regulatory approval.

Ta emphasized her desire to maintain a high level of censorship resistance across the platform, stating that CoinLinked will permit any content that is not illegal in nature as part of its commitment to free speech.

At first, CoinLinked will manually process any flagged content to determine if such violates U.S. law, with all content deemed legal slated to remain on the platform.

In order to bolster trust among CoinLinked users while maintaining censorship-resistance, the platform will allow the accounts of all users to be verified, not just celebrities and public figures.

Ta described the methods used by CoinLinked to store sensitive information used to verify accounts as a “trade secret,” however, indicating that data will be stored offline through invoking the analogy of cold wallets.

CoinLinked will not sell user data

Ta emphasized that CoinLinked “will not sell user data,” stating that the platform will strive to maintain the same standards around the privacy of customers’ data that she was used to in the financial services industry.

“We respect users like the traditional banking system. Wells Fargo, Bank of America — those banks have been [operating] for like 100 years, and they never, ever sold customers’ data,” Ta stated, noting that “the only time data was lost was because they got hacked.”

“Because I have grown up or matured on Wall Street, which is much bigger than the banking system, I respect privacy. Period,” she added.