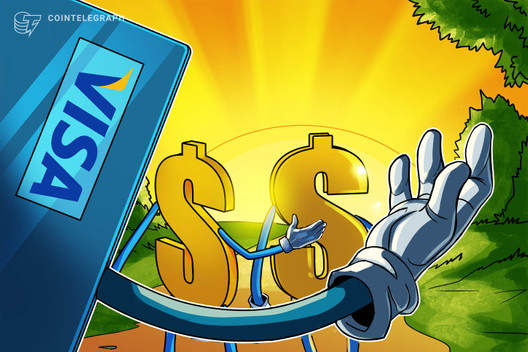 Payments behemoth Visa is reportedly planning to change point-of-sale fees to merchants in the U.S. as part of a major update of its system.

Payments behemoth Visa is reportedly planning to change merchant fees rates for United States-based merchants as part of a major update of its point-of-sale system.

The development was revealed in a document Visa sent to banks announcing an upgrade of its system, which will be rolled out in April and October, Bloomberg reported on Feb. 4. With the move, the payments giant aims to push merchants to stop using checks, as well as adjust its new fee structure for new businesses.

At the same time, premium-card holders will see a 33% drop in the interchange fee for a $50 transaction for categories such as large supermarkets. The document introduced by Visa reportedly read:

“The U.S. credit interchange structure has been largely unchanged for the past 10 years. Based on the most recent review in the U.S., Visa is adjusting its default U.S. interchange rate structure to optimize acceptance and usage and reflect the current value of Visa products.”

Visa’s interest in the fintech sector

As the global financial and payments landscape has changed dramatically since the development of digital currencies, the involvement of major credit players like Visa is a major bellwether for adoption. Worth noting, over recent months, Visa has made a number of cryptocurrency and fintech-related investments and acquisitions.

That same month, Visa participated in an $80-million funding round for cross-border payments platform Currencycloud, which intends to integrate with major software platforms and begin support of alternate payment methods.