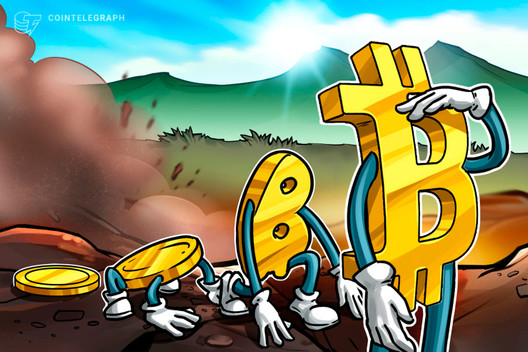 Coincurve founder Wayne Chen spoke to Cointelegraph about the U.S. stimulus package, claiming it would gradually help the crypto market.

The $2 trillion economic stimulus package the United States Congress passed on March 26 might not cause the Bitcoin (BTC) market to skyrocket just yet, but investors could see modest, gradual improvements starting in 2020.

Wayne Chen, CEO of Interlapse and founder of virtual currency platform Coincurve, spoke to Cointelegraph on Wednesday regarding the outlook of Bitcoin following measures to help the U.S. economy recover.

Stimulus package targeted at those without disposable income

Even in the midst of a global pandemic, many crypto traders are expecting Bitcoin to reach all-time highs before 2021. Online searches for cryptocurrencies have increased as investors may be shying away from traditional markets while stuck at home, but this does not necessarily mean crypto newbies and veterans will be using their $1,200 checks to purchase Bitcoin.

Part of the reason for the stimulus package is to help those who have lost their sole source of income or had it substantially reduced in the midst of measures to fight COVID-19, including being unable to come to work.

Chen argues that this targets a segment of the population who would want to save “to prepare for the worst.” Investing in Bitcoin may be on the backburner:

“I think people will generally still be holding crypto even after the stimulus package… I don’t think an extra [thousand dollars] of extra pay into their bank account is going to trigger a huge buy activity in the whole cryptocurrency market.”

Though the stimulus package will provide income to all segments of the U.S. population, the reactions might end up being the same as the economy potentially moves into a recession i.e. people will save, not buy. This applies to both cryptocurrencies and traditional markets, which have taken huge hits in March.

While Chen is optimistic about the economy as a whole, he believes the impact on Bitcoin will be minor, rather than the predictions of some anticipating highs over $27,000:

“...it will be very modest. It’s going to be very gradual. It’s not a lot of money that people [are getting]. People are going to be saving for the longer term… I don’t think it’s going to send Bitcoin to an all-time high.”