US SEC Settles in Long-Running Fraud Case Against Longfin CEO 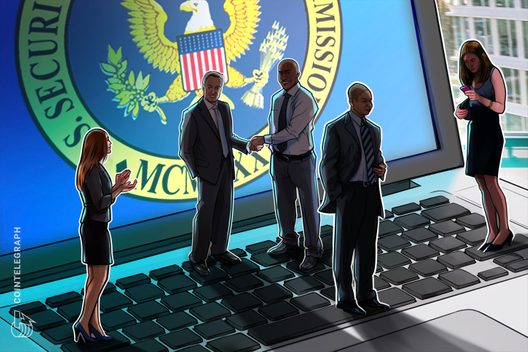 Longfin CEO agrees to a $400,000 settlement in a long-running fraud case with the Securities and Exchange Commission.

The United States Securities and Exchange Commission (SEC) announced that it has agreed to a settlement with the CEO of purported cryptocurrency company Longfin in a statement, Jan. 3.

Venkata Meenavalli agreed to pay $400,000 in disgorgement and penalties to resolve the SEC’s fraud action against him, subject to court approval.

The SEC’s complaint alleged that Longfin and Meenavalli falsely claimed that the company was based in the U.S. in order to gain a regulation A+ qualification for its offering. Over 400,000 Longfin shares were then allegedly distributed to Meenavalli’s affiliates, which was again misrepresented in order to gain a Nasdaq listing.

The complaint also states that over 90% of Longfin’s reported 2017 revenue “was fictitiously derived from sham commodities transactions.”

As Cointelegraph reported back in December 2017, Longfin’s shares surged over 1,000 percent after news broke that the firm was purchasing an unvalued cryptocurrency company called Ziddu. Meenavalli protested at the time that this market cap was not justified, while his affiliates were allegedly offloading their shares to unsuspecting investors.

Investors raised concerns when they discovered that Meenavalli also owned 95% of Ziddu’s parent company, and the stock dropped 30% when the SEC investigation was first announced in April 2018.

Meenavalli’s settlement consists of his full wage while acting as Longfin CEO ($159,000), prejudgement interest of $9,000, and a civil penalty of $232,000. He will also give up all his Longfin stock, and is barred from acting as an officer or director of a public company permanently.

As Cointelegraph reported in September 2019, a New York court ordered Longfin to pay almost $6.8 million in penalties related to the alleged fraud. In a separate action brought by the SEC regarding the alleged unregistered distribution and sale of Longfin stock, a court ordered over $26 million in disgorgement and penalties in June 2019.

Monopoly Is a Tiny Darknet Market With Big Aspirations