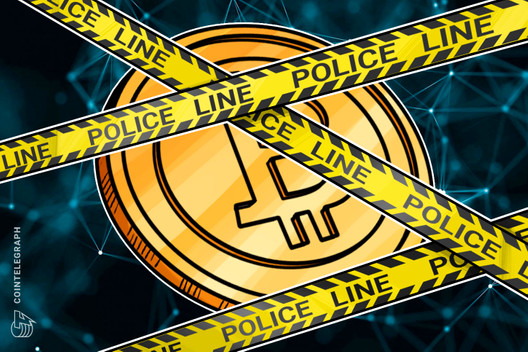 A UK high court imposed a proprietary injunction on Bitcoin paid as ransom in a ransomware attack.

On Jan. 17, the UK High Court released documents concerning a ransomware attack, in which over 1,000 computers of the insurance company were rendered unusable through the use of malware that encrypted files, making them unaccessible. The unidentified attackers demanded $1.2 million in Bitcoin in exchange for decrypting the data.

The firm’s insurer covered the client’s losses from cybercrime and agreed with the hackers to pay $950,000 in Bitcoin to decrypt the files, and received a tool to unlock them 24 hours after making the payment.

Still, the company needed 10 days to restore all of its systems, including 20 servers and 1,000 desktop computers.

The company’s insurer hired blockchain major analytics firm Chainalysis to track the ransom. The analysis revealed that most of the Bitcoin, 96 BTC had been immediately laundered through crypto exchange Bitfinex. The court required Bitfinex to provide any information concerning the holder of the account that received the ransom by Dec. 18, 2019.

When Cointelegraph contacted Bitfinex, the firm did not clarify the status of the ransomers’ Bitcoin or what data was handed over to the court, stating:

“Bitfinex has robust systems in place to allow it to assist law enforcement authorities and litigants in cases such as this. In this case we have assisted the Claimant to trace the stolen Bitcoin and we understand the focus of the Claimant’s attention is no longer on the Bitfinex platform. It now appears Bitfinex is an entirely innocent party mixed up in this wrongdoing.”

According to a Jan. 25 report from New Money Review, the case is still ongoing. Darragh Connell, the insurance company’s legal representative, said, “Return hearings of the interim injunction will be heard again in due course before Mr Justice Bryan who has reserved the case to himself [...] As this is only the interim stage, my client’s claim will need be determined after a trial in the Commercial Court in London.”

Ransomware attacks are a major cybersecurity threat and are becoming increasingly advanced. As Cointelegraph reported in early December 2019, Texas-based data center provider CyrusOne paid a $600,000 ransom in BTC in such an attack.

In June 2019, hackers managed to infect the systems of the city council of Riviera Beach with ransomware and encrypt government files. Florida agreed to pay $600,000 worth of Bitcoin to the hackers.