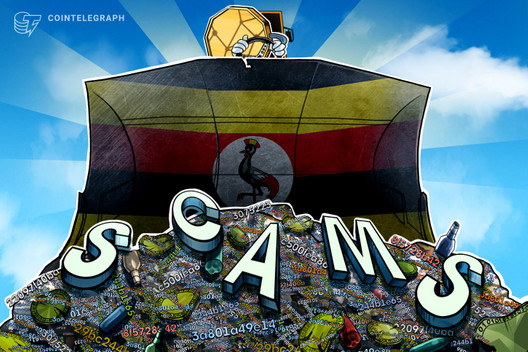 The Ugandan government is reported to be making moves in banning pyramid schemes, which may put additional restriction for cryptocurrency usage and reporting.

Ugandan legislators are exploring the role of cryptocurrencies in connection with pyramid scheme frauds that are often found in the country, local newspaper PML Daily reported on Feb. 4.

While legislators are moving forward with a proposal to criminalize Ponzi schemes, cryptocurrencies may come under fire as well.

Speaking at the parliament, the State Minister of Finance David Bahati revealed that the government has established a task force to explore cryptocurrencies and their potential applications in Uganda. The task force will also focus on global industry 4.0 trends that could result in major developments for the country and region.

Though Uganda’s attitude to cryptocurrencies is one of the more welcoming in the region, its citizens have fallen victim to a number of scams.

The government’s latest initiative seeks to educate citizens and discourage them from investing in Ponzi schemes. A wider ban is also being proposed, as Bahati explained:

“We are also discussing with the Internal Affairs Ministry to ban such schemes. The challenge is that operators of such schemes register as financial institutions but when they get on the ground, their operations are different.”

Cryptocurrencies are often used by the fraudsters to collect the money, which put them under the government’s radar:

“We have continued to advise the public to desist from investing in cryptocurrencies since they are yet to be supervised and regulated in Uganda. We have, therefore, strongly encouraged the members of the public to do their business transactions with only licensed financial institutions.”

Bahati also revealed that the Ministry of Justice is currently amending the Penal Code Act to criminalize Ponzi schemes, while also adopting clear guidelines to correctly identify the owners of a newly registered company.

Furthermore, the country’s Anti-Money Laundering Act is being modified to include virtual assets providers under the regulation’s umbrella.

“This will bring virtual assets service providers including providers of cryptocurrencies to be brought under the purview of the Financial Intelligence Authority,” explained Bahati.

However, parliament member Mwine Mpaka accused the government of protecting the creators of Ponzi schemes:

“The Financial Intelligence Authority submitted a list of all companies involved in this fraudulent business and the Ministry of Finance knows them but they are quiet.”

Mpaka then revealed that he knows a bishop involved in the business, noting that he is “heavily guarded.”

The Parliament’s speaker Rebecca Kadaga then noted that the issue of pyramid schemes had been often raised, but no action was taken. The latest initiative may have been prompted by a petition from the victims of the Dunamiscoin scam, submitted in January.

The scheme is alleged to have stolen approximately $2.7 million from investors and employees. The company promised 40% returns over the initial investment.