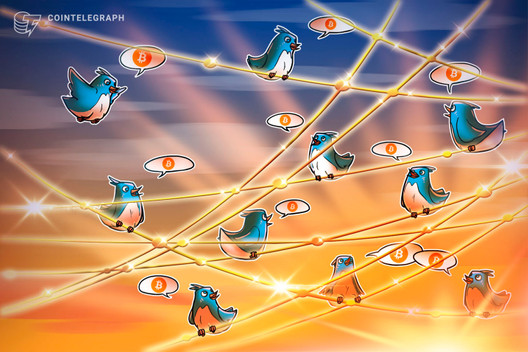 The long awaited Bitcoin halving came and went, bringing with it whipsaw volatility which saw the price whipsaw 5% to 7% in each direction for the last three hours leading up to block 630,000.

Earlier in the day, the top-ranked digital asset on CoinMarketCap managed a quick 8% rally from $8,475 to $9,168 but it was quickly snuffed out once the price dropped below the support at $8,750.

On a more interesting note, as the 629,000 block was mined, f2pool inserted the message "NYTimes 09/Apr/2020 With $2.3T Injection, Fed’s Plan Far Exceeds 2008 Rescue.” The message is a clever ode to a similar note left in the Genesis block by Bitcoin creator Satoshi Nakamoto in 2009.

Nakamoto embedded “The Times 03/Jan/2009 Chancellor on brink of second bailout for banks.” in the first Bitcoin block and f2pool’s message references the U.S. Federal Reserve’s recent $2.3 trillion stimulus package aimed at protecting the U.S. economy from imploding from the impacts of the coronavirus.

Generally, the halving followed the expectation of many amateur and professional analysts who expected the day to be something of a non-event.

Many subscribed to the idea that the halving event was already priced and given the global economic uncertainty caused by the coronavirus pandemic few expected Bitcoin to pull off a double or triple digit rally as the halving occurred.

Despite the absence of a rally, crypto Twitter was abuzz throughout the entire event. Data from The TIE, an alternative data provider for digital assets, shows that over the past 24-hours tweets from cryptocurrency related accounts saw a surge in keyword mentions for the halving and Bitcoin. 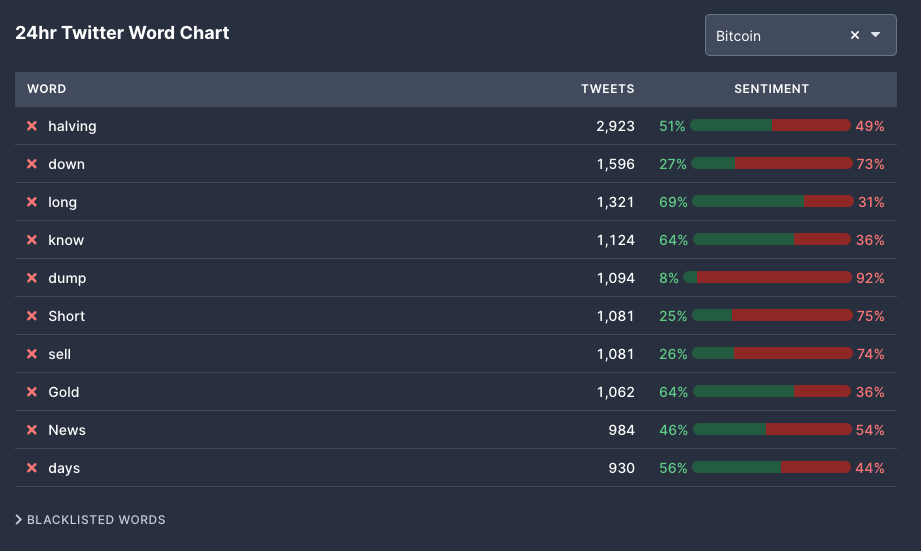 Bitcoin’s tweet dominance, the percentage of overall cryptocurrency tweets that an individual cryptocurrency accounts for on a given day, also surged to a 6-month high as the halving even approached.

Similar increases in volume and sentiment can be seen in Bitcoin’s daily sentiment score and the volume of Bitcoin and halving related tweets.

According to The TIE founder Joshua Frank:

Today’s daily sentiment score and tweet volume show that on the day of its third halving, conversations on Bitcoin surged 72% (vs. the 30 day moving average) as Bitcoin surpassed 50K daily tweets for the first time since June 2019.

In the month prior to the halving, the event became the dominant narrative for Bitcoin, as it was the most used word in Twitter conversations around the coin. Despite recent downwards price movement, 51% of tweets mentioning the halving remained positive today as Bitcoin’s Daily Sentiment Score quickly doubled from monthly lows just two days ago.

Despite the lackluster price action from Bitcoin, the digital asset still leads as the top performing asset year-to-date with a significant lead when compared to traditional markets and commodities.

The digital asset now has a lower inflation rate than gold but Charles Edwards of Capriole Investments warned that:

This will be the most brutal Bitcoin Halving in history. Production cost is about to double to $14,000. 70% above the current price. Last halving, price was just 10% below production cost, and price & HR collapsed -20%.