Tether Looks to Catch Up in DeFi With Aave Integration 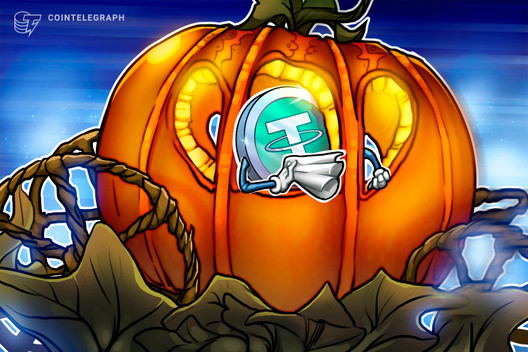 Tether (USDT) is now available on Aave, a non-custodial lending platform formerly known as ETHLend. The top stablecoin by market capitalization appears to be signaling its move into Ethereum (ETH) decentralized finance (DeFi).

Tether shared an announcement on the development with Cointelegraph on March 10. USDT Aave’s existing offering of DAI, USDC, TUSD and sUSD stablecoins.

What is Aave up to?

Aave’s platform lets users borrow and lend the coins it supports at a certain interest rate. It can only be accessed with an Ethereum account, though it supports a variety of options including browser and mobile wallets.

Borrowing can be done either by putting up collateral, or by using flash loans — loans that are repaid in the same transaction where they are borrowed. The latter type does not require any collateral as the loan would not exist if not repaid.

According to Tether, Flash loans can be used to take advantage of on-chain arbitrage and liquidation opportunities, as well as moving trading positions between DeFi platforms. Like the majority of current DeFi usage, flash loans only make sense for trading cryptocurrencies.

Lending stablecoins on Aave (and many other platforms) can be quite lucrative. As of press time, the Annual Percentage Yield (APY) — an interest figure that accounts for continuous reinvestment — on DAI amounts to 25% when using a “stable” rate. USDT’s rate amounts to about 4%.

The specific figures change frequently as they depend on market dynamics. Tether reported an APY rate of more than 12% earlier on Tuesday, shortly after its launch.

The risk of DeFi

The interest rates offered by DeFi for lending may seem particularly lucrative when compared to other investment tools existing today. Major governments across the world are slashing interest rates to 1-2% — well below the rate of inflation — while the stock market is showing strong signs of exhaustion.

However, strong yields are generally a symptom of much higher implied risk. Recent DeFi hacks — some using flash loans — exposed major vulnerabilities in the ecosystem.

Many DeFi protocols primarily use Maker’s (MKR) DAI, a stablecoin created through a complex system of oracles and over-collateralized loans — which makes its issuance largely decentralized. Its currently high yield may be the result of higher demand within DeFi, but also a symptom of higher assumed risk.

Tether, despite a long list of controversies, has largely stood the test of time. Its lower interest rates may thus be the result of higher implicit trust in the stablecoin — though still nowhere close to that of traditional finance.