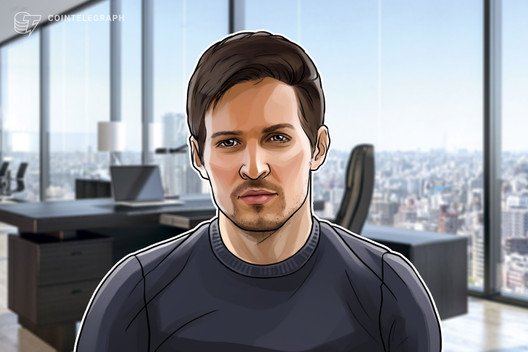 Telegram founder says that the U.S. is no longer an attractive place for tech entrepreneurs.

In a May 7 post, Telegram founder, Pavel Durov, calls the U.S. a “police state” and discourages entrepreneurs from moving their businesses to Silicon Valley.

Perhaps exhausted by the legal battles around Telegram’s beleaguered token offering, Durov, berates the U.S. in his latest post “7 Reasons Not To Move To The [Silicon] Valley”. In the post, he criticizes it both as a place to do business and a place to live. The post was only announced in Durov’s Russian language Telegram channel and is published in Russian.

Telegram was pressured by FBI

The number one reason, in Durov’s opinion, is that the U.S. is a police state. He is basing this conclusion on the fact the U.S. has the highest number of people incarcerated in the world. He also mentions that in 2016, during their trip to San Francisco, the Telegram team was pressured by the FBI.

Durov goes on to list a number of other factors that, in his opinion, make life in the U.S. unattractive — poor healthcare system, the lack of cultural life, mediocre school education, high taxes, high software development costs, and the lackluster market perspective for the twenty-first century.

His final ward of advice to the entrepreneurs from Eastern Europe is to examine other alternatives. According to Durov:

“Today, India, not the U.S. presents the largest open internet-market in the world”.

This diatribe comes on the same day as the Free TON Community launched its blockchain. Allegedly, neither Telegram, nor Durov are involved in the project. It also comes weeks after the announcement that Russia may lift its three-year Telegram ban.