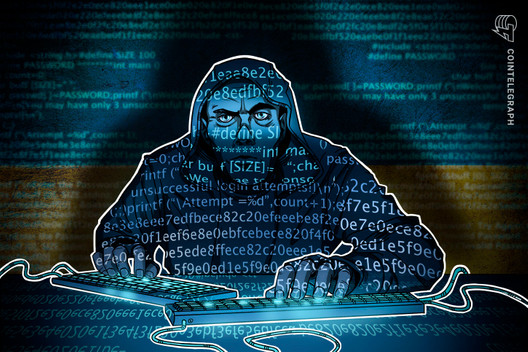 The Swedish government is demanding action from Ukraine for an alleged $70 million fraud scheme that targeted victims who showed interest in cryptocurrency.

The Swedish government is reacting to an alleged Bitcoin fraud scheme that targeted vulnerable people in Sweden, Australia, New Zealand and the U.K.

Ukrainian officials were informed of the allegations in a meeting on March 2, according to an Organized Crime and Corruption Reporting report published on March 3.

Linde shared the findings with unnamed Ukrainian officials, expressing her outrage at the findings. She said:

“It is really upsetting to see how they bluff Swedish retirees who have to leave their homes and live on a minimum subsistence level. And then they sit there, laughing.”

The minister urged the Ukrainian government to take decisive action in response to the media report, adding:

“The most important thing is that [the allegations] get attention. I don’t know if this information exists in Ukrainian, otherwise it is up to DN to make sure it does.”

Details of the alleged fraud

The investigation was made possible by an unidentified whistleblower who reported on the inner workings of the operation. He claims to have been part of a “retention” team and was expected to make 300 calls each day. The victims were initially hooked via Facebook ads that targeted people interested in cryptocurrency.

The callers also frequently changed their presented identities to continue “squeezing the money” from clients. After selling a victim on a phony investment scheme, they would pose as lawyers and financial advisors promising to return the money that the victim invested — for a fee.

Some victims reportedly transferred over $1,000 every month to the group, while one elderly citizen was defrauded for as much as $200,000.

The whistleblower also revealed that the “sales” staff received different commissions based on payment method. Transfers via credit card and transmission services like Moneygram were valued at 4% and 6% respectively. Transfers in cryptocurrencies compensated the “salesman” with as much as 9%.