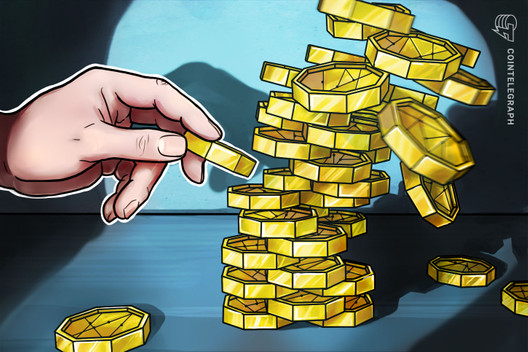 Wang is best known for drawing a cartoon rabbit, Tuzki, that is shared millions of times each day across Facebook and WeChat.

Two and a half years have passed since CryptoKitties “broke Ethereum” and demand for the non-fungible tokens (NFTs) is still strong — with Nifty experiencing service disruptions in the countdown to the new tokens’ launch. Within an hour of announcing the limited run, Nifty tweeted that 100 new users had signed up to the platform.

As the “surprise drop” went live roughly three hours later, the exchange posted that “a massive number of users” was resulting in significant “slowness” across the platform for many users. Within approximately three minutes of launching, the 100 tokens depicting Wang’s ‘Catterina’ had sold out.

“Our systems experienced unanticipated volume during this drop, and some payment issues have arisen. Anyone who had their card charged but didn't receive a kitty will be automatically refunded. Anyone who tried to pay with ETH but didn't succeed will be refunded as well.”

Tyler Winklevoss tweeted about the surge, stating: “Wowzers. That drop was intense.”

Quickly after the sale, Nifty posted that one of the ‘Catterina’ NFTs had sold for $450 on a secondary market.

Despite CryptoKitties demonstrating that it can still generate hype and crash an exchange backed by billionaires, the NFT ecosystem has evolved significantly since Dapper Labs first launched the collectible cat game towards the end of 2017.

Recent NFT initiatives are producing collectibles associated with prominent public figures, with Dapper Labs announcing partnerships with the Ultimate Fighting Championship and the NBA to launch tokenized representations of popular mixed martial arts (MMA) fighters that can be trained and leveled up.

The most significant progress made by the NFT sector appears to be taking place in the blockchain gaming industry — where tokenized items that can be privately owned, purchased, and traded are becoming embedded into games.

While several highly anticipated NFT-powered card games are currently under development, including Coase and Skyweaver, developers are now embedding NFTs into a rich array of gaming experiences — including RPGs, fantasy football, and interoperable gaming ‘multiverses’.