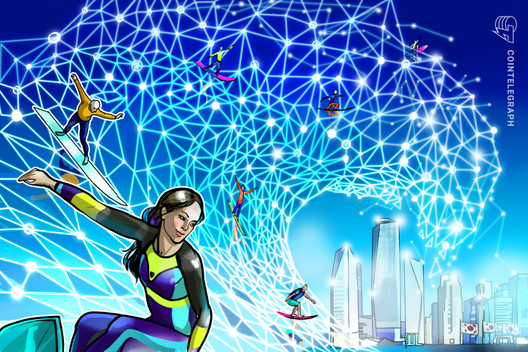 The South Korean blockchain space is seeing a steady stream of platforms specialized in trading for unlisted stocks, following on from a major offering from state-backed financial IT firm Koscom last year.

Business Korea cites two unnamed industry sources on May 11, who have claimed that two further platforms from Kakao-backed Dunamu and PSX will be launching this September and in February 2021. Local commentators expect the provision of secure trading venues for unlisted stocks to boost investment in local start-ups, the report notes.

As reported, Koscom’s blockchain-based Be My Unicorn platform received backing from the state, regulators and the private sector, including the Ministry of Finance and Korea Exchange. The project is intended to provide small- and medium-sized venture firms with access to a cost-efficient, secure and accessible trading venue for unlisted securities.

In parallel, Kosco has forged wider alliances in the domestic blockchain sector; it joined decentralized identity consortium, the Initial DID Association, which involves both high-profile private sector actors (among them SK Telecom and Samsung Electronics) and support from the Ministry of Science and ICT and the Korea Internet & Security Agency (KISA). In May 2019, the Financial Services Commission had granted Koscom a license to offer investment brokerage services.

Both PSX and Dunamu are meanwhile making use of Korea’s financial regulation sandbox to develop their ventures into blockchain-powered unlisted stock trading services and are reported to be partnering with Shinhan Financial Investment and Samsung Securities respectively.

PSX’s platform will support trades of stocks in well-known unlisted startups, including Vuno, Musinsa and Krafton, which it gains from accelerators, angel investors, and stock options holders. As reported, Dunamu has previously launched “Luniverse,” a platform geared to helping IT startups develop their own blockchain-based services.

The Ministry of Science and ICT and KISA, together with the country’s internet technology watchdog, the Korea Internet & Security Agency, are meanwhile spearheading a blockchain-based platform for storing and verifying the digital identities of self-driving vehicles. It will be deployed as part of a program for smart city solutions in the city of Sejong, slated to be South Korea's new administrative capital.