Simba Chain Wins Another Contract From US Department of Defense 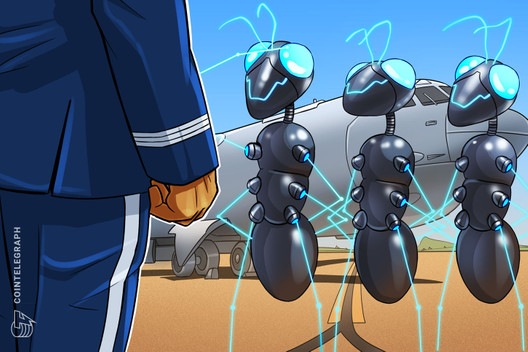 Simba Chain, a cloud-based smart contract startup, is building a blockchain data management system for the U.S. Department of Defense.

Simba Chain, a blockchain startup backed by the Defense Advanced Research Projects Agency (DARPA), has won another contract from the United States government.

A long-established favorite of the U.S. military authorities like the U.S. Air Force and the Navy, Simba Chain will soon build a blockchain project for the U.S. Department of Defense (DoD).

The DoD has awarded Simba Chain a $200,000 contract to develop a proof-of-concept for a blockchain-based system for secure management of the authority’s research and development documentation. The award is a Phase I contract within the Small Business Innovation Research (SBIR) program, which encourages small businesses to engage with federal research that has the potential for commercialization.

Potential for an additional $1 million contract

According to the contract, Simba Chain will be developing a blockchain project known as ALAMEDA, the firm announced on May 12. Standing for “Authenticity Ledger for Auditable Military Enclaved Data Access,” ALAMEDA is scheduled to launch on June 1, 2020 and run by Sept. 30, 2020. If the project succeeds, the Phase I would serve as a basis for a potential $1 million SBIR Phase II contract for further commercialization, the firm said.

To this end, Simba Chain must create a single system for efficiently sharing R&D-related documents and scientific data with blockchain technology.

The blockchain architecture would maintain the authenticity and provenance of an estimated 4.5 million documents for 4,000 users for the DoD’s Defense Technical Information Center, the firm said.

Since establishment in 2017, Simba Chain has received multiple awards from the U.S. government so far. The firm initially formed from a DARPA grant to develop a secure, unhackable messaging and transaction platform for the U.S. military.

In February 2020, a California-based research group of the U.S. Navy granted Simba Chain a $10 million award to develop a secure messaging platform for the DoD. Previously, the U.S. Air Force chose Simba Chain as a tech partner to collaborate on blockchain-based supply chain development.