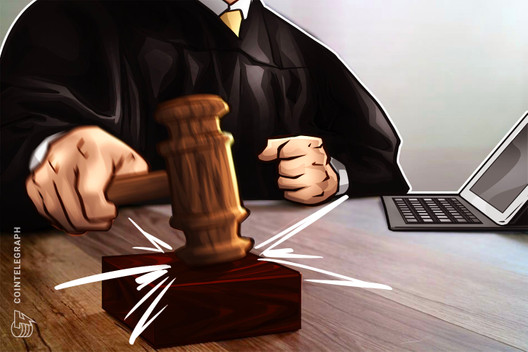 The senior adviser to Silk Road operator Ross Ulbricht had pled guilty to one count of conspiracy to distribute narcotics in a Manhattan Federal Court.

A senior adviser to the operator of the Silk Road dark web marketplace has pled guilty to one count of conspiracy to distribute narcotics in a Manhattan federal court. According to a United States Department of Justice press release dated Jan. 30, Roger Thomas Clark was a key figure in the development of Silk Road, advising on all aspects of the enterprise, and even attempting to arrange a murder-for-hire to protect its interests.

Silk Road creator Ross Ulbricht described Clark, who used a number of online aliases such as “Variety Jones,” and “Plural of Mongoose,” as a “real mentor,” who advised about the security and running of the site.

Clark was purportedly instrumental in advising Ulbricht to concoct a cover story that he had sold the Silk Road website, and was responsible for gathering information on the authorities’ investigation of the site.

Additionally, Clark is accused of urging and facilitating an attempted murder-for-hire of a Silk Road employee who was suspected of stealing $350,000 of Bitcoin (BTC) from the organization, prosecution of which is ongoing.

The Silk Road marketplace was created by Ulbricht in January 2011, and operated until 2013. It facilitated the sale of narcotics and other illegal goods and services, using a Bitcoin-based payment system to hide the identities of users, until its infiltration and eventual closure by the FBI.

As Cointelegraph reported, jailed Ulbricht has a lot of support in the cryptocurrency community, with Tim Draper recently calling for his release. Ulbricht himself has remained a supporter of Bitcoin, recently predicting that the price would hit $100,000 in 2020.

New data suggest that the use of cryptocurrencies on darknet markets doubled last year. A recent report from a New York-based blockchain analytics firm Chainalysis found that darknet markets have significantly increased their share of total incoming crypto transactions in 2019, doubling from 0.04% in 2018 to 0.08%.