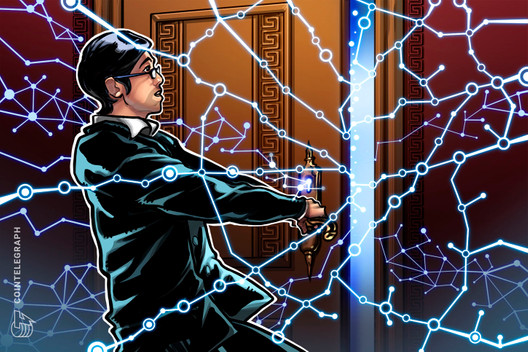 A social media account for the People’s Bank of China is warning citizens against illegal fundraising schemes that involve virtual currencies and blockchain.

The Shanghai branch of the People’s Bank of China (PBoC) published an article detailing the signs of a financial scam, mentioning virtual currency and blockchain as signs of a fraudulent offering.

The article, published on May 12 on Chinese social media platform QQ, consists of 16 answers to common questions that explain what are the signs of a securities fraud.

While the article includes explanations for a variety of traditional fraud mechanisms, it also urges to be especially careful when dealing with “virtual currency” and “blockchain.” The recommendation is part of a generic “cheat sheet” that also includes fraud schemes based on pensions or traditional securities.

How to spot illegal fundraising

A sizable portion of the article focuses on defining “illegal fundraising” and explaining how to avoid it.

This section avoids direct mentions of cryptocurrencies or initial coin offerings, which were banned in 2017. However, many of the “illegal fundraising” methods outlined by the article are similar to some cryptocurrency use cases.

One method involves “the division of property [...] in equal shares and the illegal collection of funds by selling the right to dispose of their shares.” This is similar to the concept of real estate tokenization, though blockchain is not mentioned in this section.

Other fraud methods include “investment funds established through the Internet” and “illegal fundraising in the form of ‘electronic gold investment.’”

While some of these can be attributed to the use of cryptocurrency, the term is not mentioned specifically.

The officials warned against more traditional fundraising schemes as well, including profit sharing or exclusive rebates and membership cards.

While China continues its hostile stance to cryptocurrencies, it is still hosting almost two thirds of the world’s Bitcoin (BTC) mining hashrate, according to a recent report.

In light of its uncertain legal status, cryptocurrency thieves are able to partially escape judgement as courts first need to decide if Bitcoin is property.

In the meantime, the PBoC continues to implement trials of blockchain-based systems. On May 9, Cointelegraph reported on a cross-border trading initiative launched in the island of Hainan. Digital yuan trials are also underway, with the latest pilot rumored to involve Starbucks and McDonald’s.

Industry Leaders Battle over the Future of Crypto in New Documentary

Polkadot Mainnet Not Yet Live, Just a Mainnet Candidate