SEC Tells Telegram Its Crypto Is Worth Less Than Donuts 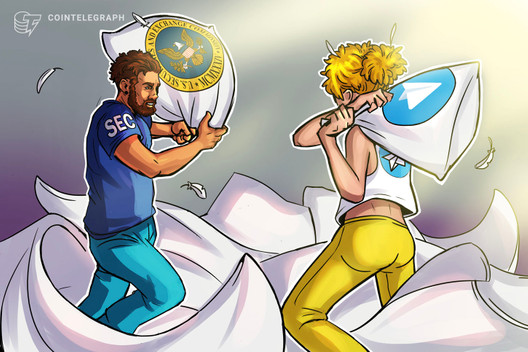 On Jan. 27., the Securities and Exchange Commission (SEC) fortified its case against Telegram, calling its Gram token less valuable than donuts.

On Jan. 27., the Securities and Exchange Commission (SEC) fortified its case against Telegram, saying its Gram token is worth less than donuts.

In the latest in their battle with Telegram and the Telegram Open Network (TON), the SEC argued in a memo to the Southern District Court of New York:

“Telegram offered and sold Grams as securities when it promised to deliver them in exchange for funds pursuant to the Purchase Agreements. That reality will not have changed if the Court permits Telegram to deliver Grams to the Initial Purchasers as part of a broad public distribution, which is in violation of Section 5, and which the Court should enjoin”.

In the memo, the SEC included a few barbs against the instant messenger service. It called out Telegram for doing “a two-step around the registration provisions” and performing “sleight of hand” by fabricating the difference between a purchaser’s investment in Grams and their delivery of the Grams, which would allow them to withhold info normally in regulatory statements. Pavel Durov’s creation, the document contends, gave a “strawman” argument about “existence” since “Grams will never be tangible.” The SEC put the frosting on when it wrote:

Cointelegraph reported on the start of Telegram’s legal woes last year, when the SEC filed an emergency action to freeze the company’s sale of Gram tokens.

Per the allegations, Telegram would have sold Grams only to accredited investors in the initial offering. But holders could then have resold them — a violation of Rule 506(c) according to the SEC:

“Once Telegram delivers the Grams to the Initial Purchasers, they will be able to resell billions of Grams on the open market to the investing public. Telegram and/or its affiliates will facilitate these sales on digital-asset trading platforms. Once these resales occur, Telegram will have completed its unregistered offering with billions of Grams trading on multiple platforms to a dispersed group of investors.”