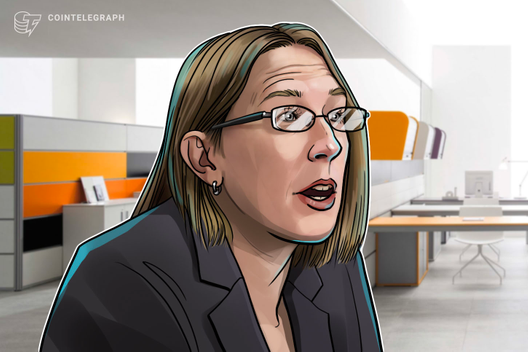 After initially floating the idea in August 2019, Peirce has now formally presented a regulatory vision that would create a safe harbor for projects that raise funds to build decentralized networks.

Within that period, developers would be “unrestrained by the registration provisions of the federal securities laws, so long as the conditions are met,” Peirce’s proposal suggests, according to a draft proposal shared with Cointelegraph by the SEC.

In other words, the three grace period grants compliant developers time to build a decentralized network as well as attract participants before they become a subject of strict regulatory proceedings by the SEC. However, developers will still have to prove that they are indeed building an open source network and provide relevant disclosures in order to qualify for this exemption.

As such, the initial development team should ensure that at the end of three years period, token transactions would not be securities transactions as the network matures into a “decentralized or functioning network on which the token is in active use.” The proposal also suggests a multitude of important public disclosures such as data on source code, transactions, information on how tokens are generated or mined as well as the description of burning tokens, validating transactions and governance mechanisms.

At the same time, the proposed safe harbor would not be available to projects that have already been subject to disqualification as a bad actor under the securities laws, Peirce emphasized. Additionally, the commissioner noted that the safe harbor would still reserve the SEC’s antifraud authority with respect to token sales under the safe harbor. Peirce’s drafted remarks read:

“Although the safe harbor would preempt state securities laws, it would not stand in the way of state anti fraud actions. If anyone lied in connection with selling tokens pursuant to the safe harbor, the SEC or a state could bring an enforcement action [...] We all know that there are plenty of those kinds of “projects” polluting the crypto space.”

Commissioner Peirce’s proposal has been subsequently widely welcomed in the crypto community as the potential action would apparently bring provide the regulatory flexibility that would provide a healthy development ecosystem for innovation. Catherine Coley, CEO of U.S.-based digital asset marketplace Binance.US pointed out that Peirce’s proposal could become the “groundbreaking development” for crypto in the U.S. so far:

“If adopted, the proposed safe harbor could be the most groundbreaking development for the U.S. cryptocurrency market to date. [...] By putting development first and giving projects runway to build robust networks, the proposed safe harbor puts an important stake in the ground towards supporting American access and acceptance of digital asset markets. In the long run, it will help bring more Americans into digital asset trading and foster greater network participation.”

Katie Biber, general counsel of institutional crypto custodian Anchorage, said that the safe harbor framework is an “important next step to help innovation thrive, and we welcome the clarity it could provide.” Biber urged that the SEC should move promptly to adopt the proposal in order to “consider other innovative ways to increase investor choice in the digital asset space.”

“The blockchain industry and regulators need to continue a healthy dialogue for the U.S. to truly become the global and responsible leader in blockchain innovation. Algorand is dedicated to supporting the U.S. government’s efforts to leverage these exciting new technologies, and to creating policy and regulations that protect the public while fostering innovation.”

However, some industry experts have subsequently expressed skepticism over Peirce’s proposal. Writing to Cointelegraph, Preston Byrne, a lawyer specializing in crypto, cautioned that the proposal is not official in its current form:

"It's important to remember that, at least so far, these appear to be unofficial comments by Commissioner Pierce and not a statement of agency policy. That said, the proposal continues the rather broken and highly subjective "if it's decentralized, it's not a security" logic the SEC has followed since declining to take enforcement action against the Ethereum crowdsale."

A member of Peirce’s staff told Cointelegraph that the proposal will be published on the SEC’s official website later today.