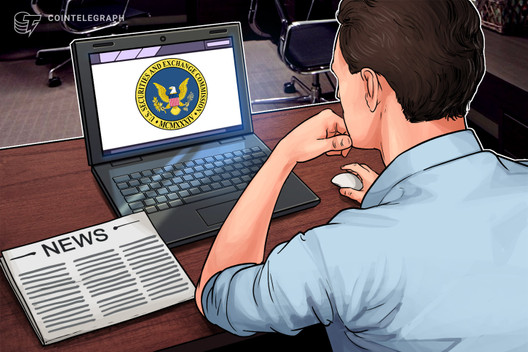 The US Securities and Exchange Commission (SEC) has voted to propose a set of rule changes to simply and improve the "patchwork" rules for exempt securities offerings.

The US Securities and Exchange Commission (SEC) has voted to propose a set of rule changes to simply and improve the "patchwork" rules for exempt securities offerings.

The proposed rule changes aim to improve the existing ‘complex and confusing’ framework to make it easier for companies to conduct offerings that still protect investors.

In the US offerings of securities, including Initial Coin Offerings (ICOs), must either be registered with the SEC or qualify for an exemption. The majority of entrepreneurs and emerging businesses — such as Telegram — raise capital via the exempt offering framework.

Many exemptions in the crypto space fall under Rule 504 of Regulation D. Under the proposed rule changes the maximum amount that can be raised from non-accredited investors under this rule will increase from $5 million to $10 million in a 12 month period.

Announcing the proposed rules, the SEC said they "reflect a comprehensive retrospective review of the patchwork system built over many decades, seek to address gaps and complexities in the exempt offering framework that may impede access to capital for issuers and access to investment opportunities for investors."

As one example the SEC notes the current framework has 10 exemptions or "safe harbors", each of which have very different requirements thay "may be confusing and difficult for issuers to navigate." The new rules propose four non exclusive ‘safe harbors.’

The proposed amendments would also:

The proposals have been informed by public submissions, in response to the SEC’s June 2019 concept release proposal. Public comment on the amendments will be open for 60 days from today.

The SEC has taken an active approach towards cryptocurrency projects that it believes have broken existing regulations around unregistered securities, most notably in its pursuit of Telegram over its $1.7 billion Gram token sale.

“The complexity of the current framework is confusing for many involved in the process, particularly for those smaller companies whose limited resources spent on navigating our overly complex rules are diverted from direct investments in the companies’ growth. These proposals are intended to create a more rational framework that better allows entrepreneurs to access capital while preserving and enhancing important investor protections."

The SEC is also looking to expand the definition of an “accredited investor” which currently means an individual with a net worth of $1 million or an entity controlling over $5 million in assets. New rules proposed in December would expand the definition out to those with professional knowledge, experience or qualifications.

The existing rules are designed to protect everyday investors from predatory offerings, but are controversial because they prevent ordinary people from taking advantage of wealth formation opportunities. The current Regulation D exemptions, depend on exclusively or primarily offering a security only to “accredited investors.”