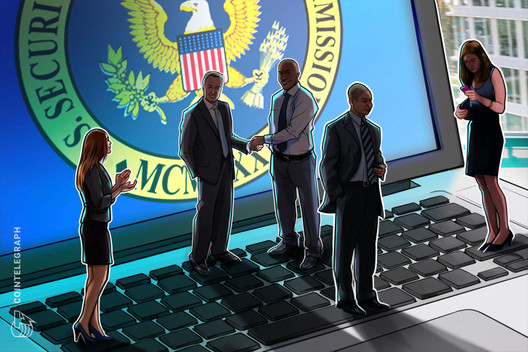 The SEC has introduced temporary changes to crowdfunding regulations that make it easier for firms to raise funds amid the coronavirus pandemic.

The United States Securities and Exchange Commission (SEC) has introduced temporary changes to its Regulation Crowdfunding offering guidelines, making it easier for crypto blockchain firms seeking to launch on via platforms like Indiegogo to raise money.

The adjustments mean that firms seeking to raise cash via crowdfunding won’t need to provide documents that may be difficult to obtain as a result of the coronavirus lockdown, including financial statements.

However, firms must provide all requisite documentation before securing commitments from investors.

The relief measure passed on May 4 in an SEC vote of four to nil, and will be in effect until August 31.

Rather than wait until an offering statement is publicly available for at least 21 days, issuers can launch sales as soon as they receive binding commitments from investors.

The new rules also allow firms to raise between $107,000 and $250,000 over 12 months to proceed using documents certified by the company’s chief executive rather than an accountant.

The business and crypto communities have been slow to embrace Regulation Crowdfunding offerings since the regulatory regime’s introduction in 2015.

The limited adoption prompted the SEC to propose an increase to the annual funding limit from $1 million to $5 million earlier alongside upping the limit an individual investor may contribute to 10% of their annual income or net wealth.

On May 26, hardware wallet manufacturer Ngrave’s launched sales for its ‘Zero’ wallet on Indiegogo. Ngrave co-founder and CEO Ruben Merre told Cointelegraph that they chose to launch via Indiegogo crowdfunding campaign due to the platform’s “huge user base” and considerable traffic.”

On April 24, HASHwallet also launched a crowdfunding campaign in partnership with Indiegogo to jumpstart its wallet.

Securities violators are excluded from relief

Firms seeking to take advantage of the adjusted rules must “provide clear, prominent disclosure to investors about its reliance on the relief.”

Companies that are less than six months old are not eligible to operate according to the temporary changes, nor are companies that have previously failed to comply with the Securities Act of 1933 and Regulation Crowdfunding guidelines.