The Ethereum-based startup tokenizes and sells U.S. property, allowing users around the world to share in property ownership for as little as $50.

According to RealT’s Twitter account, 62% of purchases on their platform were made via Paypal prior to the ban. Over the course of a year, there were more than $800,000 Paypal transactions, with only four disputes raised by consumers worth $600 — or 0.075% of the total.

But in early April, the platform’s customers began to report problems with Paypal transactions. A few weeks later Paypal sent a letter informing the company it had been banned “due to excessive risk” and that there will be “no appeals to the decision”. 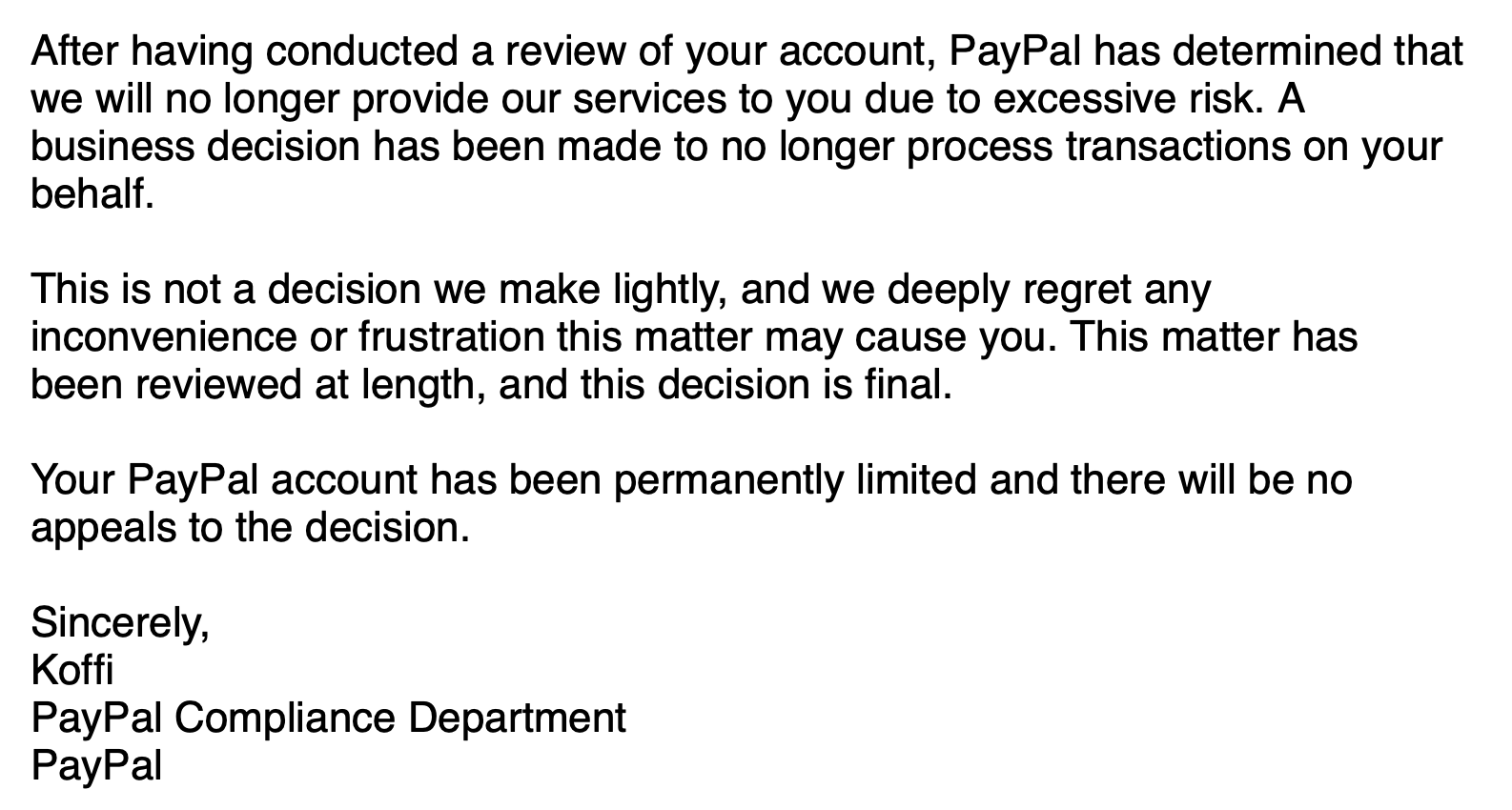 The team decided to answer the question: Can a business survive on crypto alone?

This unfortunate event actually resulted in an extremely value-able experiment for us, that really changed the moral of the company, during what would otherwise be a critical event.

We were forced into the experiment of "Can a business survive on crypto alone?"

Within a week of the switch to crypto-only payments, orders through its payment provider Coinbase Commerce increased almost 240% thanks to the popularity of their sixth tokenized property, which raised $203,333 in shares worth $51 each.

According to RealT it was the company’s best week of sales ever with 100% of the revenue coming in via crypto. The RealT blog claimed it was “the fastest property ever sold on Ethereum”:

“While more payment merchants are always better, the fact that RealT was able to hit ATH in both sales and new user signups, with ONLY crypto as a payment mechanism, is insanely bullish for the crypto-space at large.”

Crypto payments are better than Paypal