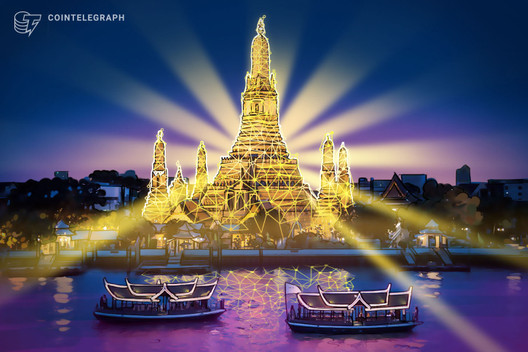 As the first non-bank institution in Thailand to sign on to RippleNet, DeeMoney already processes inbound transfers using the blockchain network along remittance corridors in the Middle East and Gulf Regions, South Korea, Indonesia, Singapore and Israel.

On March 18, Ripple and DeeMoney announced the second phase of their partnership to widen these services to support outbound remittances from Thailand to destination countries.

With a million Thai nationals currently estimated to be sending remittances back home, according to Ripple, the race to provide cross-border payments has driven banks and non-banks alike to establish lower-cost and faster international transfer channels for workers.

Unlike banking institutions, Thai nonbanks such as DeeMoney have faced more stringent regulatory requirements than their traditional counterparts, including specific licensing rules and daily transfer limits.

Last year, DeeMoney made a step forward in what remains far from a level playing field by becoming the first and only nonbank provider in Thailand to secure special licenses from the central bank. The new permits will allow it to broaden its cross-border money transfer, exchange and e-payment services.

DeeMoney CEO Aswin Phlaphongphanich said that both firms share the aim of democratizing finance in Thailand by making cross-border transactions more accessible and efficient for those without access to traditional services.

In the legacy banking sector, innovation through blockchain networks has been incremental, with Thailand’s oldest bank Siam Commercial Bank last year retracting a tweet that it would begin to use Ripple’s XRP token. In January of this year, it then announced a collaboration with Ripple to create a mobile application for cross-border payments .

In February, Cointelegraph reported on Ripple’s consolidation in Asia via three new partnerships with South Korean money transfer and remittance companies. The company had previously made a milestone deal with MoneyGram — the second-largest remittances firm worldwide — to bolster its global expansion.

Also in February, Ripple partnered with London-based remittance service Azimo to establish an on-demand liquidity corridor to the Philippines using Ripple’s native token, XRP, as a bridge currency. The solution is projected to reduce liquidity costs by up to 60%, as compared with traditional banking channels.