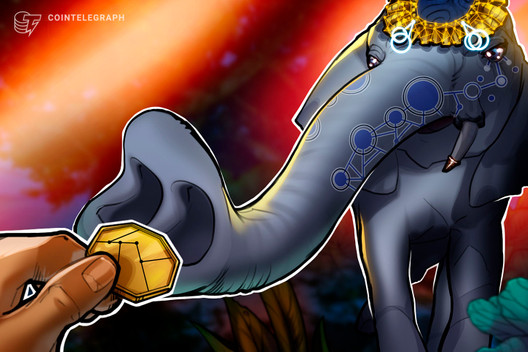 The Reserve Bank of India will contest the Supreme Court’s decision to overturn its ban on banks dealing with cryptocurrency businesses.

The Reserve Bank of India (RBI) is planning to file a petition against the recent landmark judgment made by the Supreme Court that nullified the controversial banking ban it imposed on companies transacting in cryptocurrencies.

According to a report by The Economic Times on March 6, the RBI is worried that the court’s decision could lead to cryptocurrency trading and put the banking system at risk.

As Cointelegraph reported, on March 4 the Supreme Court nullified the RBI’s blanket ban on banks dealing with crypto businesses. The central bank had initially enforced the ban in July 2018.

This led to petitions from industry players and public alike, until the challenge was brought to the Supreme Court by the Internet & Mobile Association of India (IAMAI), a not for profit industry body representing internet consumers and investors.

The Supreme Court’s decision to overturn the ban followed two weeks of hearings in January this year. The RBI will now seek a review of this ruling.

No proof that the banking system is at risk

The RBI’s concern that this may result in cryptocurrency trading may already be moot, as many Indian cryptocurrency exchanges already resumed fiat deposits and withdrawals within 24 hours of the ban being lifted.

However, the court ruling stated that RBI had not conclusively shown that cryptocurrency trading was damaging. Unless it can do so, the Supreme Court is unlikely to alter its decision, despite the central bank’s protests.

The central bank may also face another issue, as many companies were forced to cease trading after the ban and may seek compensation. As Abhishek Rastogi, a lawyer representing one of the cryptocurrency platforms explained:

“The Supreme Court may look at the RBI’s review petition but as of now the cryptocurrency platforms can operate in India. Many companies have even gone bankrupt after the RBI’s diktat and they may also look to initiate action in this regard.”