Report urges US government to focus on blockchain, crypto and a ‘digital dollar’ 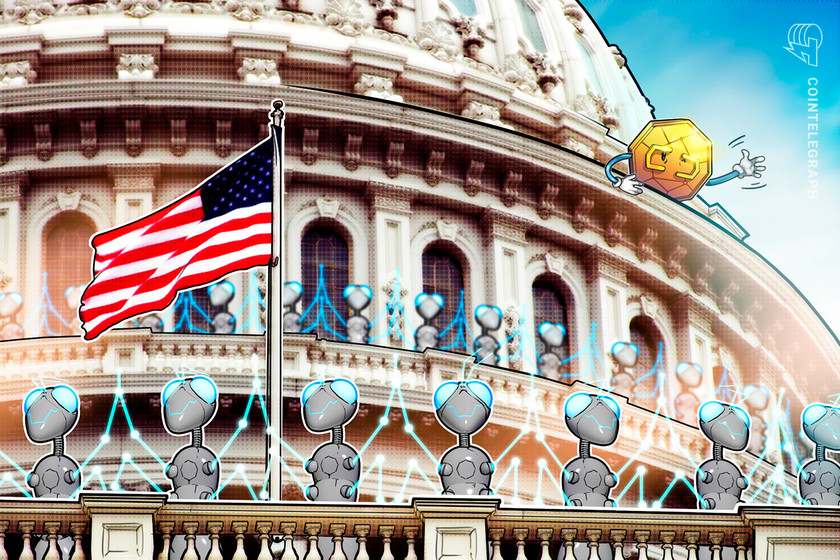 Will the new Biden–Harris administration be able to enforce a technology strategy focused on blockchain, cryptocurrency and digital assets?

As the COVID-19 pandemic unfolds, the Biden–Harris administration has begun implementing new strategies to restore the U.S. economy. While notable, implementing emerging technologies, while ensuring data privacy, should also be a top priority for the White House administration to consider.

Don Tapscott, executive chairman of the Blockchain Research Institute — a think tank aimed at advancing blockchain and other emerging technologies — told Cointelegraph that the COVID-19 pandemic has spurred an era, in which government leaders must now acknowledge digital realities: “This is the time for government leaders to develop a comprehensive framework for achieving prosperity, justice, sustainability, social cohesion and good government.”

Tapscott believes that the world is facing the advent of “the second era of the digital age,” which he describes as a trivergance of artificial intelligence, the Internet of Things and blockchain technologies. As such, an innovation push is taking place — one that is forcing federal leaders to become knowledgeable about how these technologies can be enforced on a government level.

In an attempt to raise awareness for emerging technologies, the BRI and the Chamber of Digital Commerce — a D.C.-based trade association representing the digital asset and blockchain industry — have composed a 120-page report detailing how U.S. government officials can reimagine its technology strategy and policy. The document also explains how leaders can minimize unwanted consequences of emerging technologies, such as data abuse or job losses, as a result of AI-powered machines.

The report outlines a series of five priorities aimed at helping the Biden–Harris administration to achieve a long-term digital strategy. They include embracing cybersecurity to protect identity and privacy; understanding the digital dollar and other cryptocurrencies; engaging with citizens and holding officials accountable; stimulating America’s innovation economy; and retooling government services.

While each of these issues is important, Tapscott noted that blockchain technology, in particular, serves as a critical foundational layer. For example, he explained that the COVID-19 pandemic has shown that traditional supply chains are inadequate and as a result, the BRI report suggests, that they should leverage blockchain-based networks capable of providing multi-party trust and transparency. For instance, the COVID-19 vaccination rollout is referenced in the document, which noted that greater speed and efficiency may very well be possible with a blockchain network:

“With blockchain technologies, it is no longer an impossible mission in mass coordination. U.S. digital leadership, a service mindset with compliance coded into every point of the supply chain process, and a clear map of the service journey could have the American economy on the road to recovery.”

This idea is already being administered in various parts of the world. For example, a United Kingdom-based digital asset tracking provider known as Everyware has been working with the U.K.’s National Health Service on a blockchain system to manage its COVID-19 vaccine storage. Brazil is also looking to leverage blockchain to track those who have received COVID-19 vaccinations.

While impressive, the report suggests that the former Trump administration only made minimal progress in terms of modernization and digitization, stating:

“Most agencies continue to struggle with an abundance of legacy technologies, legacy business processes, and even legacy governance and resourcing processes, each with attendant cybersecurity and cost effectiveness issues. As a consequence, many agencies cannot fully meet citizen expectations for secure government services.”

Despite this, Tapscott remains hopeful that the new Biden–Harris administration will play a crucial role in ensuring that technology will act in the best interest of U.S. citizens. That being said, the report also emphasizes the importance of self-sovereign digital identity.

According to the document, data has become the new asset class of the digital age, however, while citizens generate data, tech conglomerates are exploiting this information daily. While Facebook is one of the most well-known examples of a company exploiting user data, privacy apps, such as Telegram, have also recently suffered from data leaks.

The report states that every citizen needs a self-sovereign digital identity, noting that the United States should be the first country where citizens truly own their data: “The government should encourage the numerous efforts underway that use blockchain in protecting identity and utilizing user data confidentially.”

The race toward a “digital dollar”

A central bank digital currency is also mentioned as a priority for the U.S. government to consider. As China quickly works to become the world’s first major economy to implement a CBDC, the report notes that China’s foreign trading partners are already moving to the renminbi as a reserve currency.

Unfortunately, many U.S. government officials remain unaware of the benefits associated with crypto, which may result in the slow implementation of a U.S. government-backed digital currency. J. Christopher Giancarlo, former chairman of the Commodities Futures Trading Commission, told Cointelegraph that a key focus of his professional attention since leaving public office has been on a U.S. central bank digital currency, or what he refers to as a “digital dollar.”

According to Giancarlo, increasing financial inclusion is one of the many reasons why the U.S. should prioritize CBDC experimentation. He explained that a U.S. CBDC can serve as an on-ramp to financial inclusion for populations that have historically been underserved by traditional banking services:

“Along with smartphone wallet services, a digital dollar could be the starting point for new services provided to underbanked populations. It could support important services, such as government-sanctioned digital IDs, alternative credit-scoring tools, savings programs, robo-advising and financial education services. A U.S. CBDC could also be a useful tool in the distribution of government assistance payments, such as social security benefits and food stamps.”

Additionally, Giancarlo pointed out that the COVID-19 crisis revealed fundamental shortcomings in the capacity of existing government systems to swiftly channel financial resources to the non-banked public. “Had a U.S. CBDC been in circulation during the COVID-19 crisis, it would have enabled the sending of monetary relief instantaneously to the digital wallets of targeted beneficiaries,” he explained.

Will the dream become a reality?

While the BRI report presents a valid argument, it remains questionable if the digital priorities outlined can actually be implemented under the new Biden–Harris administration.

Fortunately, a number of “crypto-friendly” officials have been sworn into office under the Biden–Harris administration. For example, Janet Yellen, the U.S. Treasury Secretary, has expressed the need for legitimate use cases of cryptocurrency and decentralized finance. Yellen has also warned about the misuse of cryptocurrencies, urging the U.S. government to combat these issues.

President Joe Biden has also nominated Gary Gensler, a professor at the Massachusetts Institute of Technology Sloan School of Management, to lead the Securities and Exchange Commission. It’s been stated that Gensler has focused much of his attention on blockchain technology, digital currencies, financial technology and public policy as a professor at MIT.

Tapscott shared that the BRI report has already been sent to a number of U.S. government officials and regulators. While he is aware that some opposition may be faced, he remains confident that the document will serve as an overall helpful guide for lawmakers:

“Now is the time for governments to make a turn. In this report, we focus on new administration in D.C., but the information is relevant to countries everywhere. There is a big pressure now for profound change, as our systems and institutions have shown weakness exposed by the pandemic.”