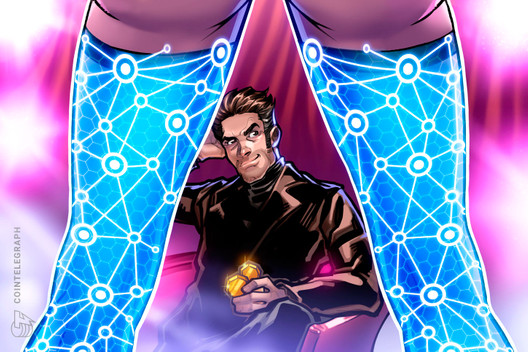 Pornographic websites and cryptocurrency seemed to be natural bedfellows: the latter promised discreet payment solutions for a web service that continues to attract massive audiences, while adult entertainment websites are often categorized as “high-risk” merchants, and subjected to higher fees by processors. In some cases, they are de-platformed completely.

Despite the failures of traditional payment methods, crypto payments have never really caught on in the sex industry — as Andrew Fenton explains in a detailed feature in Cointelegraph Magazine today.

Only around one percent of Pornhub’s revenue is captured via crypto, but PumaPay’s PullProtocol — which enables recurring subscriptions for the premium on-demand service — aims to change the paradigm.

“The PullProtocol is unique in that it inverts the mechanics of a typical blockchain transaction: Instead of the customer ‘pushing’ the funds to the merchant, PumaPay’s Protocol allows the merchant to ‘pull’ the funds from the customers wallet, based on pre-approved terms.”

He claims this enables billing models that are more suitable for industries such as the adult entertainment sector — including recurring payments, account top-ups, and even pay-per-time.

Payments are made to merchants via the PumaPay (PMA) cryptocurrency token, which is traded on a number of exchanges including HitBTC, Coinbene, Bittrex, and OKEx. Holders of other supported tokens (such as Bitcoin, Ethereum, Litecoin, Dash, and ERC20 tokens) are able to exchange them for PMA in the mobile wallet, and then pay using the PMA token. The wallet is also accessible via a Chrome Extension.

Dror hopes that non-crypto users will also be able to pass Know Your Customer verification in the app and buy cryptocurrency with a credit card before the end of next quarter. The company is also working on a solution to include U.S. and Japanese customers, who are currently unable to use the payment mechanism.

For a detailed investigation of how the adult entertainment industry is reacting to slower-than-expected crypto adoption, see Andrew Fenton’s article in Cointelegraph Magazine today.