One of the most hotly debated topics in crypto of late has been the question of whether the Ethereum 2.0 Genesis event will take place successfully on 1 December.

The #eth2 deposit contract has reached more than half of its target (currently at ~278000 ETH deposited), with the bulk of the deposits taking place in the last three days!https://t.co/yqy87eMafV

The fact that over half of the target has been met so quickly is astonishing to many, especially since many were skeptical about the target being reached by the deadline. However, that sentiment is changing now, as seen by the shift in odds on Polymarket. 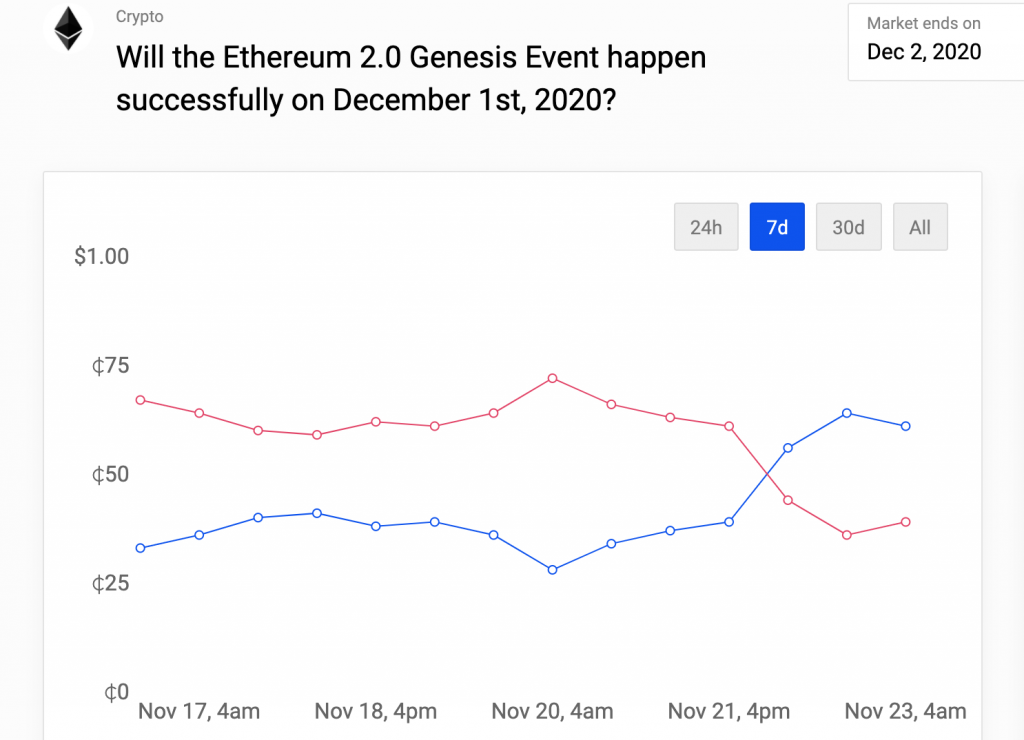 In fact, the said crossover happened on 21 November, around the time when over 87,000 ETH were sent to the deposit contract by 2733 unique addresses. 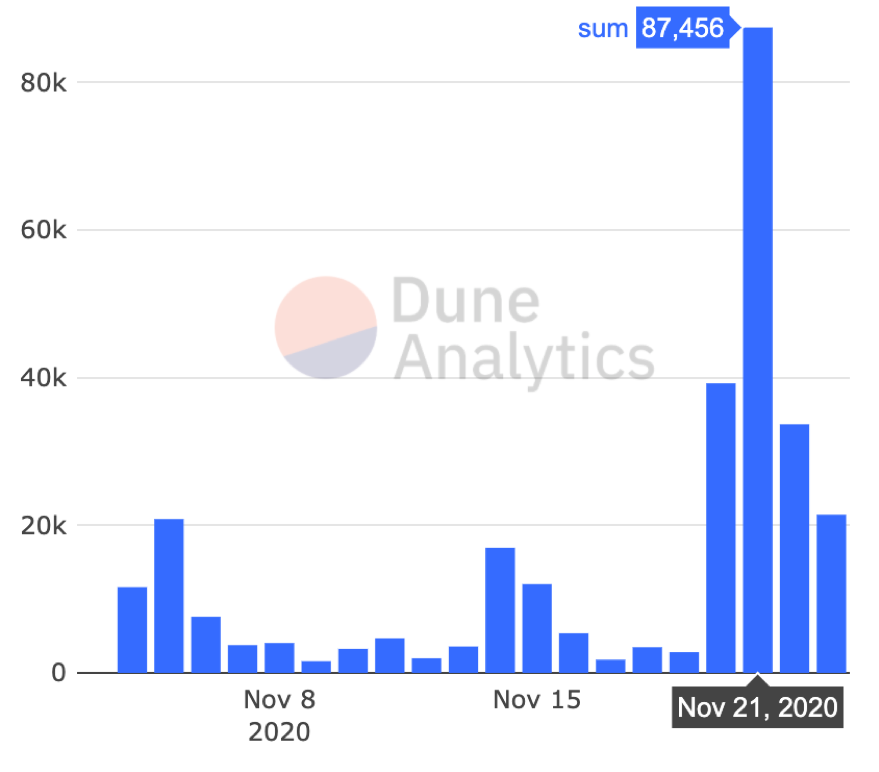 According to data from Dune Analytics, this was the largest amount sent to the deposit contract in a single day since its launch.

While many are optimistic about the premise of ETH 2.0 and its decentralized nature, the deposits over the past few days alone are indicative of the number of people holding ETH in such volumes across the ecosystem.

It is indeed an expensive time for the average retail investor as ETH, at the time of writing, was up by over 9% in 24 hours, with the same trading at $591 on the price charts.

Finally, data that examined the average transaction count v. deposit value also seemed to suggest that at present, whales are responsible for a majority of the deposits in the ETH 2.0 deposit contract.