The Crypto Fear and Greed Index noted a value of 91, at press time, having climbed to a value of 94 just two days ago. Buy the fear, sell the greed is a trader’s mantra, but FOMO can be overwhelming if BTC does climb over $20k.

Further down the crypto-ladder, Polkadot and EOS approached a level of resistance and skirted the likelihood of flipping them to support. Crypto.com Coin stalled its downtrend and recorded gains over the past few hours, although it was still unclear whether a trend reversal was in play. 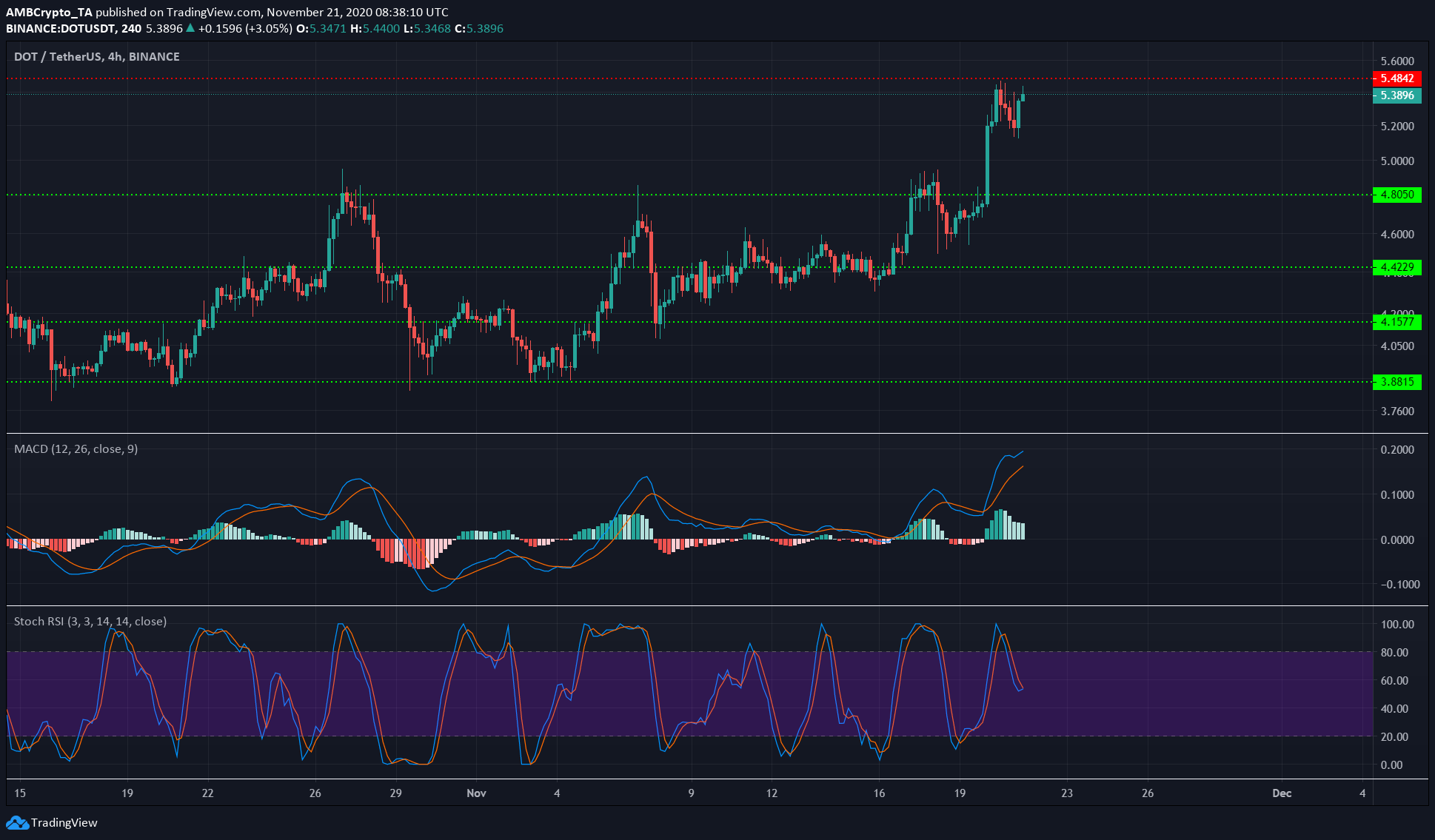 DOT decisively broke past its psychological $5-level and approached the resistance at $5.48. The MACD showed strong bullish momentum for DOT too.

Finally, the Stochastic RSI surged into the overbought territory, before falling as DOT saw a minor pullback. However, some recovery was in order.

At the time of writing, it seemed likely that DOT would rise further to flip the $5.48-level to support in the coming days. 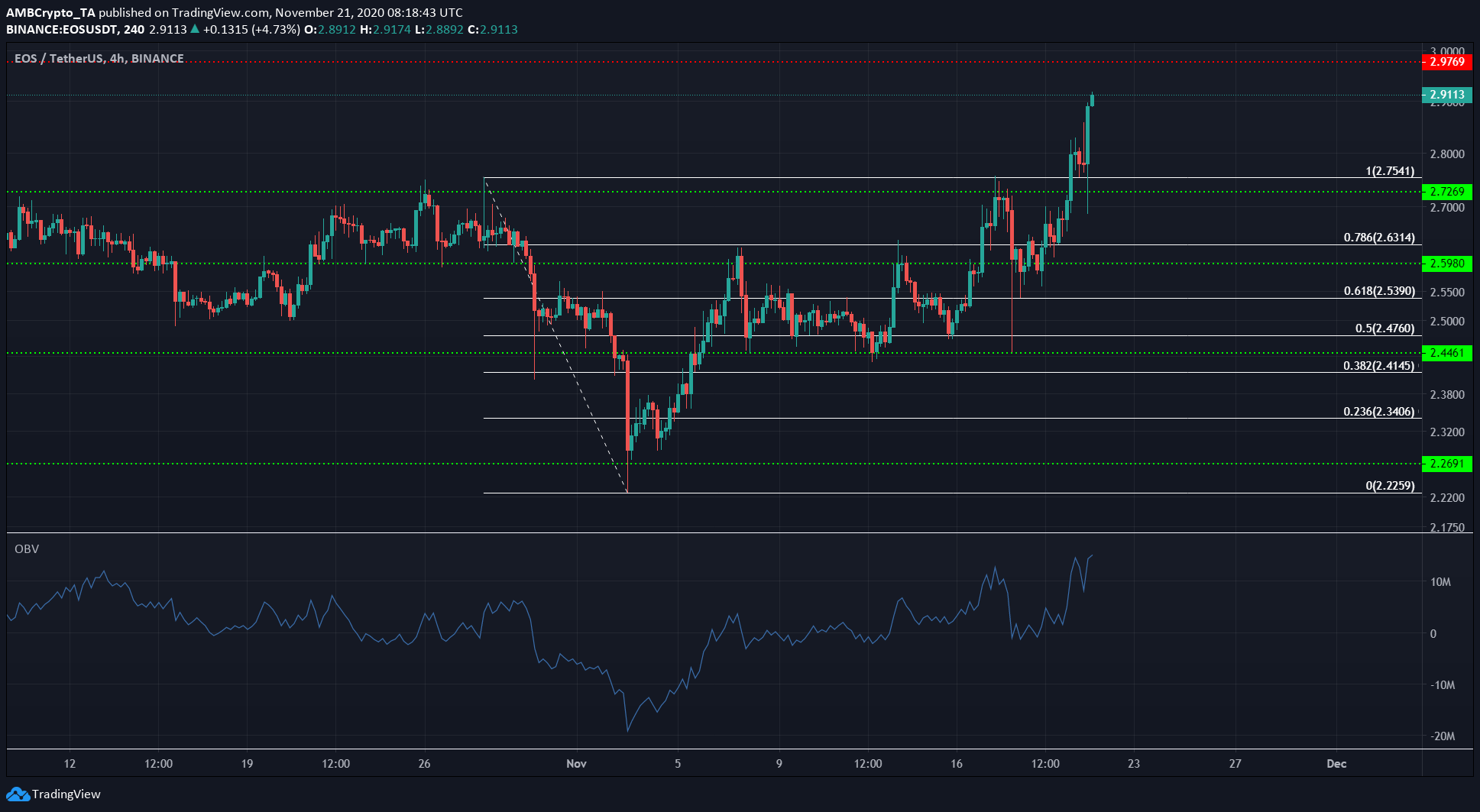 EOS closed above the $2.75-level, a previous swing high, and EOS’s market bulls had the level of resistance at $2.97 as a target.

The region around $3 has been of historic importance and has served as a strong region of support, as well as resistance, in the past.

A close above $3 would likely result in a flip of the level to support while a rejection at $3 would likely see a higher low formed and another attempt at breaching the resistance by the bulls in the coming days. 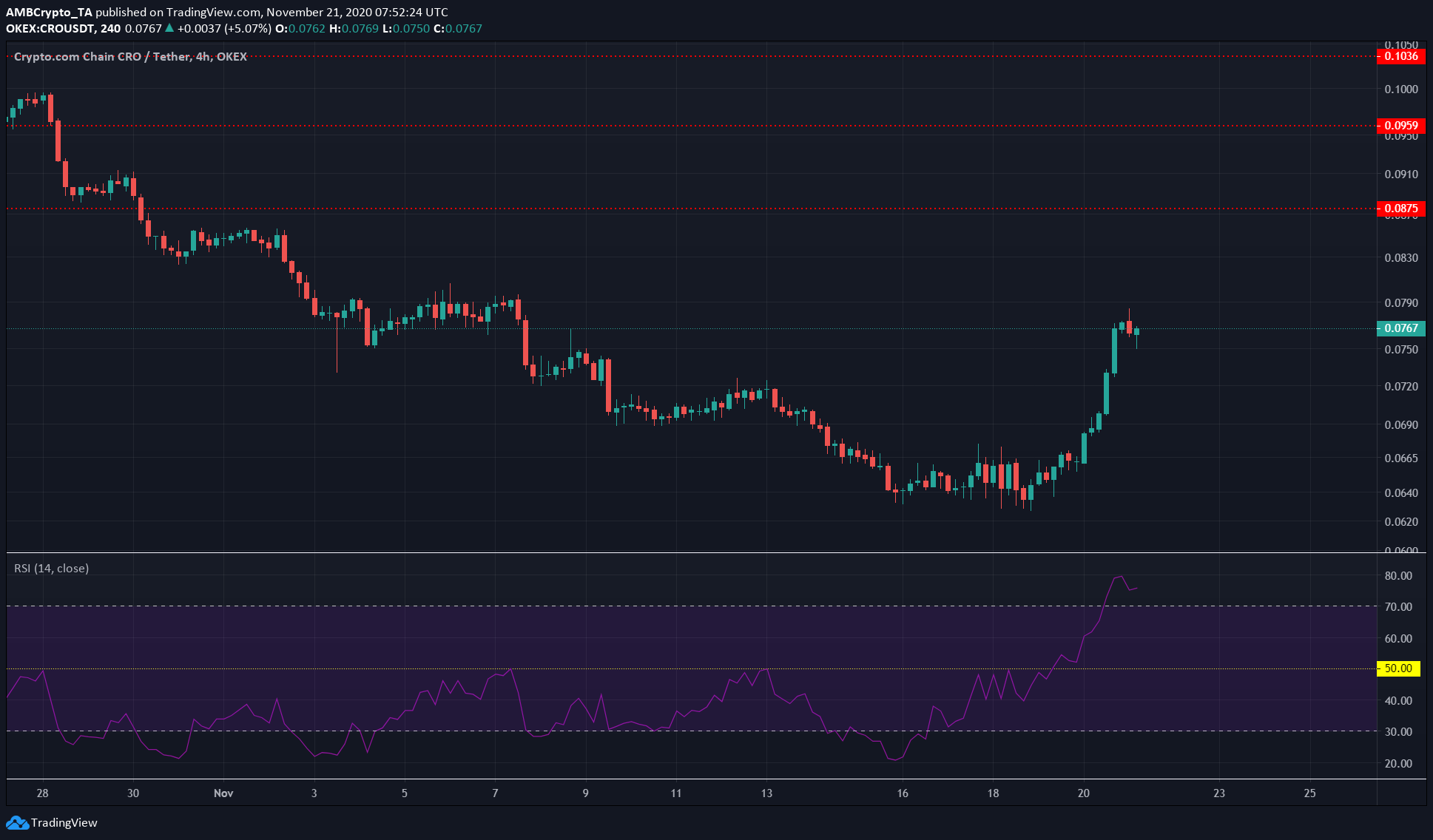 CRO appeared to end its steady downtrend over the past month, a downtrend at the end of which it lost 60% of its value and dropped from $0.155 to a low of $0.063. However, the RSI remained under 50 and indicated that a downtrend was still in play.

Over the past few days, the RSI had broken above 50 and re-tested the neutral line, before surging to overbought territory. This signaled a reversal in trend, although it remains to be seen if CRO can approach previous highs, with the same appearing unlikely at the time of writing due to a lack of overwhelming buying volume.

In other news, BKEX announced the listing of Crypto.com Coin. The exchange boasts a daily trading volume of $500 million. The market pair listed is CRO/USDT.

Bitcoin is now the 7th largest currency in the world