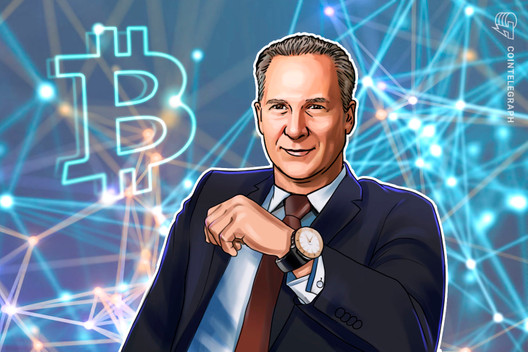 In the latest attempt to discredit Bitcoin, Peter Schiff says its failure to rally enough under current economic circumstances is proof that it will fall.

Bitcoin (BTC) only rallying 3% this week is proof that investors should sell it, according to the latest conclusions from gold bug Peter Schiff.

In a tweet on March 4, the outspoken crypto critic claimed that Bitcoin should have taken advantage of volatility in traditional markets.

Schiff on BTC: “Look out below!”

Despite reclaiming $8,800 since the weekend, Schiff said that BTC/USD “won’t go up” and that therefore selling pressure would ensue.

“If @Bitcoin can't rally with an emergency 50 basis point rate cut, plus all of the recent stock, bond, currency and gold market volatility, under what circumstances will it rally?” he reasoned.

“If Bitcoin won't go up, why own it? The answer to that question is ‘sell.’  Look out below!”

Proponents used to fending off Schiff’s complaints were quick to point out that overall, Bitcoin had delivered gains several orders of magnitude higher than gold’s since its release in 2009.

“Which one would an intelligent person hold for 8 years? Gold - Still down Bitcoin - Up 2000x,” the @Bitcoin Twitter account retorted.

“Imagine being Peter. Knowing about Bitcoin since 2011. Still trying to say it will crash any day now,” he tweeted.

Despite Bitcoin’s year-to-date returns alone circling 20% at current prices, Schiff has upped the frequency of his claims that its future is doomed. Last week, he described Bitcoin investors and “suckers” and refused to believe in its increasingly-popular status as a safe haven investment.

At the same time, gold suffered its biggest one-day loss since 2013 due to coronavirus fears. After the United States Federal Reserve enacted an emergency 0.5% rate cut on Tuesday, the first such move since the 2008 financial crisis, the precious metal added 2.5%.