PayPal CTO: Crypto Still Needs to Prove Itself to Catch On 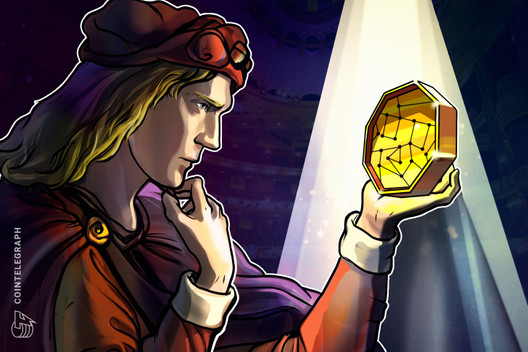 Crypto developers must follow consumers closely if they want the industry to take off in a big way, Paypal’s chief technical officer has said.

Crypto developers must follow consumers closely if they want the industry to take off in a big way, Paypal’s chief technical officer has said.

Sri Shivananda — an eBay veteran who has been in his role at PayPal since 2016 — made his remarks at the Economic Times (ET) Global Business Summit, ET reported on March 9.

During his speech, Shivananda noted that cryptocurrency has, in many cases, become more akin to “asset play” than to currency. He said:

“The main thing to keep in mind in this business is to follow consumers. If consumers start to feel like there’s some leverage that they get through cryptocurrencies, everything else will automatically fall in line.”

Currency digitization is a matter of “if not when”

From his perspective as a high executive in one of the digital payments industry’s oldest players, Shivananda believes the digitization of currencies is inevitable — a matter not of “if, but when.” Its future will take shape to reflect engagement by consumers, merchants, fintech enterprises regulators and governments, he said.

Alternatives to cryptocurrency have, he noted, already attained significant success. The National Payments Corp of India has been operating a unified payment interface (UPI) for e-commerce transactions, which permits micropayments and person-to-person payments:

“What has been done with UPI is truly inspiring. And it’s a model that has not only been implemented, but it’s working [...] every country and every company around the world should look at and take inspiration from it and see if some of that can be replicated across the globe.”

Shivananda used his platform at the Summit to comment on Paypal’s decision to withdraw from the Libra Association in October 2019, roughly five months after joining the project.

While the company pointed to regulatory concerns at the time, Shivananda gave a different reason for PayPal’s departure. While the company had initially believed that Libra was intended to help the “under-served, the people that are not supported by the system today,” he said PayPal later “felt that was not going to be the case, in the short to medium term.”

Shivananda’s comments come amidst a highly eventful period for the cryptocurrency sector in India.

Uncertainty lingers, however, with suggestions that RBI plans to appeal the ruling. Moreover, the prospect of cumbersome crypto-specific regulation — even a potential ban on the asset class — will be determined through a postponed legislative bill whose future still remains unclear.