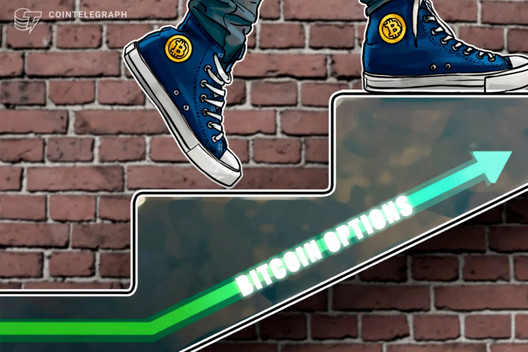 CME Bitcoin options open interest has soared to $142 million in the first half of May, marking an increase of over 10 times the value at the end of last month.

Open interest on Chicago Mercantile Exchange Bitcoin options has skyrocketed over the past few days, to hit $142 million as of May 15.

According to data from market analytics company, Skew, this represents a gain of over 1000% from just $12 million of open interest at the end of April.

CME saw an initial spike in options volume on May 5 and May 6, with both days pushing towards $10 million. However this dropped off to a more usual $1 million on Friday May 8, the last trading day before the Bitcoin halving.

Options volume on the day of the halving, May 11, leapt back up to $17 million, and each of the three days since then has seen volume of between $30 million and $40 million.

This brought the open interest to $142 million at close of business yesterday, over 10 times the amount registered at the end of April.

Institutional investment is still on the rise

As Cointelegraph reported, institutional investment in Bitcoin (BTC) has continued to rise in the build up to and following Monday’s Bitcoin halving.

Notably, companies such as Grayscale and Fidelity Digital have reported increased interest, and hedge fund manager Paul Tudor Jones recently claimed that almost 2% of his equity is held in Bitcoin.