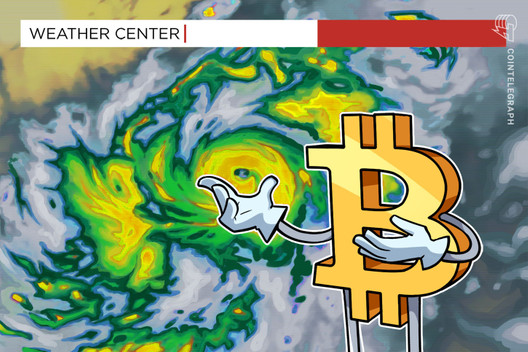 Bitcoin price faltered above $12,000 as many altcoin cryptocurrencies have seen significant volatility in the past week.

Another week, another attempt to break higher meets resistance.

Bitcoin (BTC) entered the week surging past $12,000 only to retrace below that key level as altcoins continue to rise and fall.

At the same time, it appears Ethereum’s well-documented problems have caught up to it faster than the blockchain can confirm transactions right now.

What goes up, must come down

The mantra is increasingly becoming the theme as Bitcoin pops above a key level only to retrace. This time, BTC surged past $12,000 for the first time this year only to fall back to around $11,800.

Unlike last week, profit-taking wasn’t the only cause, as Chainlink (LINK), which has been soaring for most of the year, became the latest victim of a flash crash.

Shortly after passing $20, LINK spectacularly fell 25% in under a minute as the subsequent cascade of margin calls linked to various trading strategies gradually filtered through to the market and put a real dent to overall market sentiment. No one was spared from the carnage, not even the almighty digital gold.

Despite this disappointing development, crypto bugs should take solace in the fact that Bitcoin is still seeing higher highs and higher lows, an indicator of bullish sentiment. And, some profit-taking after an asset passes pricing milestones is normal, if not expected, and evidence of an orderly and (gasp!) perhaps maturing market.

A little-known token attached to the OMG Network protocol has outperformed just about any other publicly traded asset this year. To date, OMG Coin is up almost 500% as it joins the growing ranks of projects chipping away at ETH’s lead as the dominant non-Bitcoin cryptocurrency.

More and more projects are being given serious consideration by individuals and companies alike, as Gas fees continue to skyrocket and the Ethereum blockchain continues to creak and sputter under the weight of congestion from decentralized finance (DeFi) platforms jamming the pipes.

As a reminder, OMG Network can take USDT transactions off chain. The idea is to enable USDT deposits and withdrawals on the OMG Network, which will reduce confirmation times, make payments faster, and lower transaction costs at the same level of security as Ethereum.

DeFi, however, remains largely immune to the Ethereum network’s issues despite ETH being a critical component of the ecosystem.

The amount locked across various platforms — thought the real number is debatable — has risen to a staggering $6.5 billion at the three largest platforms. Namely, Maker, Aave and Curve Finance all have over $1 billion each. Just to think, all this capital could be splashing around across centralized exchanges.

However, DeFi is not all about Ethereum and there is a new trend that has been taking shape for some time that has mostly escaped the front pages until now — the amount of Bitcoin that is locked on Ethereum.

At the time of writing, 45,496 Bitcoins are locked on the Ethereum network as WBTC accounts for the vast majority with 30,798 Bitcoins locked.

The second spot is occupied by RENBTC with 8,891 Bitcoins. As a reminder, this trend of locking Bitcoin on Ethereum really accelerated after Compound Finance’s governance proposal was approved earlier in the year whereby collateral factor on cWBTC was set to 40% (this was executed on July 14).

Up until that point, it was not possible to use WBTC as collateral on Compound, although it was possible for it to be loaned and borrowed. This change allows users to loan WBTC while using 40% of its value as collateral.