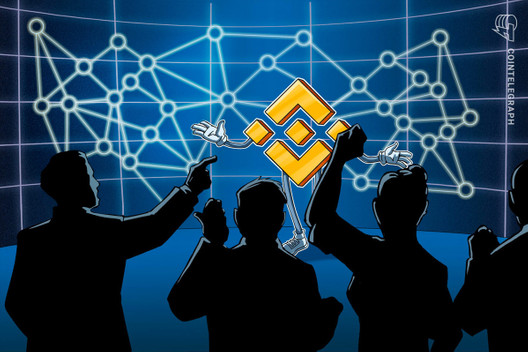 "Fairness and justice are the basis of all rankings," Xu said in a May 15 post on Chinese microblogging site Weibo. "CMC is dead, and we mourn together tonight."

Binance recently rose to the top of CMC's crypto exchange rankings after the data site changed the rationale by which it composed its list. CMC now shows exchanges ranked in order of web traffic, instead of liquidity or volume. Binance acquired CMC about six weeks ago, paying several hundred million dollars for the platform.

In November 2019, Carylyne Chan, CMC's chief strategy officer and acting CEO at the time, said she did not approve of ranking exchanges based on web traffic.

Binance CEO, Changpeng Zhao, mentioned the updated metric in a May 14 tweet, explaining:

This ranking is currently heavily biased towards web traffic, not 100% accurate, but better than before. Will continue to iterate."

As part of her statement against CMC's recent changes, Xu labeled security, "custody of hundreds of billions of user assets," and significant responsibility as priority when it comes to exchange rankings. Liquidity comes as the second most important aspect, along with transaction scale. She also mentioned customer experience, services, and the platforms themselves, in various capacities.

"In the era of mobile internet in 2020, ranking with web parameters the list is either ignorant or shameless," Xu said of CMC's new format.

Cointelegraph reached out to OKEx and Binance for comment, but received no response as of press time. This article will be updated accordingly upon receipt of a response.