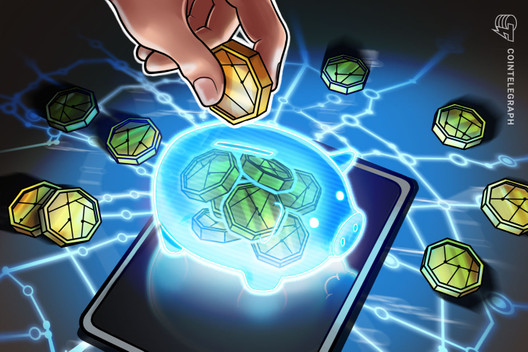 Defining the concept of offline staking, what benefits and risk it poses, and how it could transform the user experience.

Are there any examples of projects offering offline staking?

Unfortunately, it’s still the case that most staking, whether directly under a pure proof-of-stake model or indirectly using a delegated proof-of-stake consensus, is online. This usually means handing control of your cryptocurrency to a third party or delegating to a random service.

Tezos (XTZ) would be the most similar model to offline staking, since its coins stay liquid and users can set up their own “baker,” or validator, but “bakers” are required to hold at least 10,000 to become a delegate, which costs close to $40,000 at current prices.

Qtum has also introduced an offline staking solution, and while it is suggested to hold more than a few QTUM tokens in order to participate, there are no minimum requirements.

Other projects that offer the ease of delegated staking, such as Cosmos, Kava and Polkadot, can also be considered as an offline staking solution, but these involve other risks such as slashing.

Generally, offline staking solutions may enable supporters of decentralized finance to earn a return on their holdings without exposing themselves to many of the risks inherent to smart contracts used by DeFi applications.

Jordan Earls is the co-founder of blockchain application platform Qtum and the co-chair of the Smart Contracts Alliance, an initiative to promote the acceptance and use of smart contract technology. Earls is a well known member of the blockchain community, has reviewed over 100 cryptocurrencies, and identified multiple exploits in various coins.​​​​​​​

How does offline staking work?

There are several ways to engage in offline staking. As with any public proof-of-stake blockchain, a user can decide to participate in the network as a validator, called a “Super Staker,” or delegate to a validator. In the Super Staker case, a node accepts delegated stakes from other token holders.

If some users don’t want to run a node, the alternative is to stake their tokens to an address that they then delegate to a Super Staker or a larger pool staker.

This can be configured via the user interface of the staking network, using the wallet address of their offline wallet. Whichever option the user chooses, they can earn their staking rewards and have them deposited to their wallet address. This means they continue to reap all the benefits of offline staking without risking taking their funds online at any time.

What are the risks of offline staking?

Therefore, the main risks are simply those general considerations associated with using cryptocurrency in hard wallets. Users need to ensure they keep their hardware wallet safe from theft and have appropriately secured backups of their keys. If they lose the backup and the wallet, they lose all the funds in the wallet, including the staked ones.

Similarly, if users keep the hardware wallet passwords or access codes somewhere where a malicious third-party can access them together with the hardware, they risk losing their funds.

In general, offline storage is considered to be among the safest means of storing and receiving a reward for holding cryptocurrency.

What are the benefits of offline staking?

There are several benefits to offline staking. It allows holders to choose to stake their cryptocurrency to a node operator instead of undergoing all the technical requirements of setting up a node themselves. Barriers to participation are further reduced because users are not required to hand over custody of their funds to an external party. They can simply stake them using an existing offline storage wallet such as those manufactured by Trezor or Ledger. The only requirement would be that the wallet supports the staking delegation function.

Offline staking benefits the overall cryptocurrency platform ecosystem because it means that the token can become distributed over a wider base of users who want to enjoy the benefits of offline staking. In turn, this reduces the dependency of token value on whales, which can seriously destabilize the price of a token by dumping them on exchanges. It also means that voter concentration is distributed over many more users, eliminating the possibility that whales can exert influence over the network as well as token price.

Additionally, users who participate in staking are more likely to feel a closer affiliation to that network due to the fact that they have invested in it and are being rewarded for their efforts. This results in a stronger community around the token.

Offline staking also removes many of the risks associated with other interest-earning practices in cryptocurrency. For example, the emergence of decentralized finance has seen users becoming incentivized to engage in “yield farming” through staking and lending platforms.

However, due to a lack of maturity in the DeFi market, its users can face significant risks. One risk is smart contract bugs, which have become more prevalent this year with the increased interest in DeFi. A hacker exploited a vulnerability in the bZx flash loan protocol last year, and a smart contract bug was discovered on Bancor in June. Vitalik Buterin has said he believes users continue to underestimate the risks inherent to blockchain-based smart contracts.

What is offline staking?

Offline staking allows users to stake their cryptocurrency in an offline wallet and earn staking rewards for doing so. An offline wallet is also known as a hardware wallet or a cold storage wallet, meaning it is not connected to the internet.

Staking rewards offer users an opportunity to earn interest on their cryptocurrencies. They don’t necessarily have to operate a validating node under the proof-of-stake consensus model, as will be the case with Ethereum 2.0 staking. It is possible to stake offline against another individual who does operate a node and still earn the rewards.

Offline staking operates differently compared to established delegated staking models, which usually require the holder to delegate their cryptocurrency to a select group of validators. Anyone can become a “Super Staker” and stake for their friends without touching their coins.

For those that choose to run a super staking node, offline staking presents another unique opportunity: The ability to crowdsource delegations and earn a fee paid directly from the block reward.