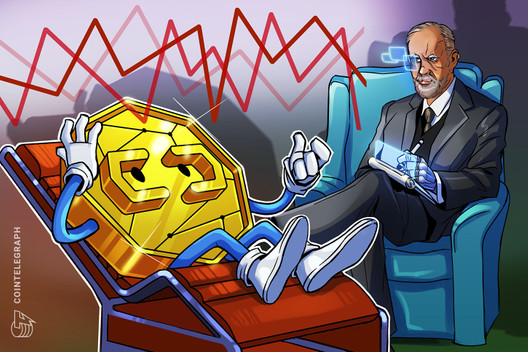 The cryptocurrency’s ability to keep functioning despite price fluctuations is making it increasingly at odds with liquidity injections and circuit breakers.

Bitcoin (BTC) has failed to hold onto gains once again as commentators warn that the interest rate cuts by the Federal Reserve are “not a drill.”

After the United States’ central bank cut rates to near zero on Sunday, BTC/USD briefly rallied but on Monday was falling in line with another panic trading session on traditional markets.

Stocks broadly sank at the opening bell in Asia, Europe and London, with 7% losses commonplace as coronavirus concerns heightened.

The United Kingdom’s FTSE 100 fell below 5,000 points for the first time since 2011, with companies such as airline EasyJet shedding 30% of their share value.

For Bitcoin analysts, however, it was the lack of reaction to the Fed which was cause for more caution. Despite its “unprecedented” move, markets appeared less than optimistic about either the rate cuts or the injection of vast amounts of cash into the economy.

“The last time the Fed did an emergency rate cut was during the 2008 financial crisis. Over the last two weeks, they did two separate emergency rate cuts that totaled 1.5% and brought us to 0% interest rates,” Morgan Creek Digital co-founder Anthony Pompliano summarized on Twitter.

“This is not a drill. These are unprecedented actions by the Fed.” 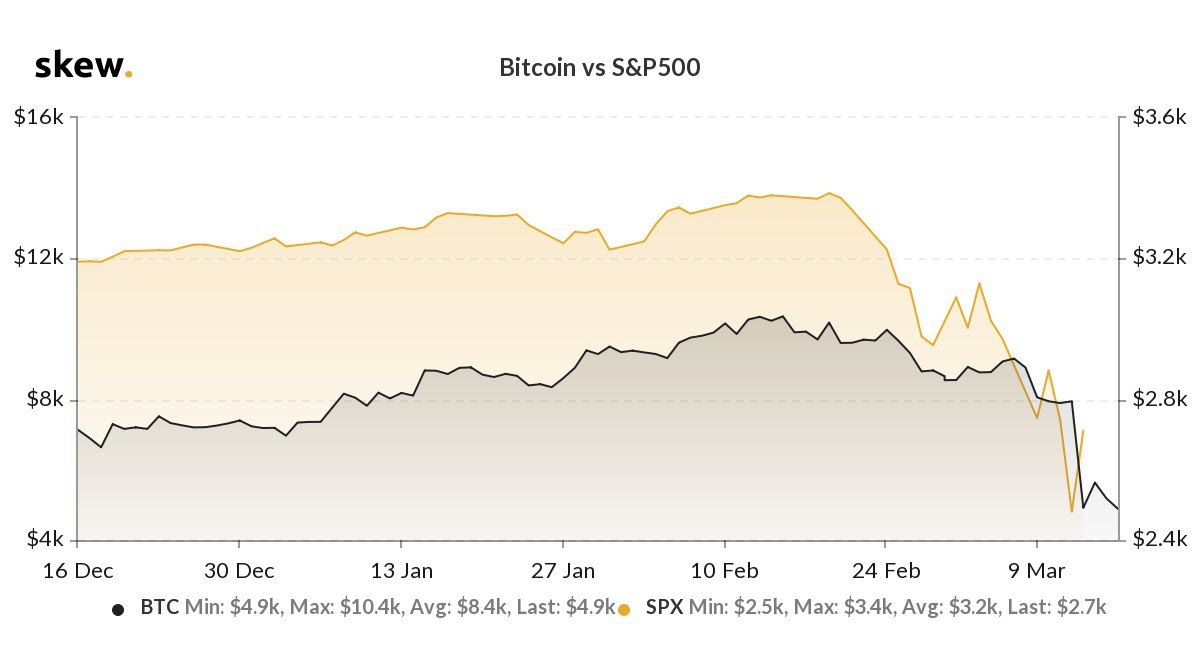 “No circuit breakers, no bailouts”

Money printing on such a scale is music to the ears of those heavily invested in fixed-supply hard money such as Bitcoin. As Cointelegraph often reports, it is Bitcoin’s lack of manipulation by governments and central banks which allows it to “monitor itself” in times of crisis.

This, various sources noted on Monday, is in stark contrast even to stock markets, which are shut down automatically if losses occur too quickly.

“...The difference with #btc is that all that leverage/debt is cleared by the drop, all leveraged longs are liquidated, gone,” PlanB, creator of the stock-to-flow Bitcoin price model, explained on Sunday before the latest stocks tumble.

“No circuit breakers, no bailouts, that is great, the system clears itself. Very different from stocks and bonds markets.”