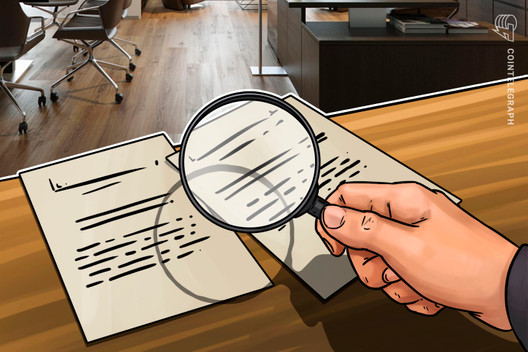 Some countries have been late to the party when it comes to recognizing and regulating digital assets. The first time that Singapore’s central bank issued a framework for the regulation of payment-related activities was on Jan. 28 with the Payment Services Act.

However, the Monetary Authority of Singapore (MAS) still saw the potential risks that digital assets could pose to the economy, such as money laundering and financing terrorism. As part of the effort to address this, the MAS issued a notice on Dec. 5 regarding the ”Prevention of Money Laundering and Countering the Financing of Terrorism”.

On March 16, the MAS clarified their previous notice with a new 73-page set of guidelines for digital payment token service providers.

“Recent rapid technology improvements has [sic] a far-reaching impact, including in the world of payments. Enhancements in financial technology in particular, has opened up new opportunities for faster and more efficient payment methods. However, these new payment methods also give rise to new money laundering (ML), terrorist financing (TF), and proliferation financing (PF) risks.”

In particular, Singapore’s central monetary authority recommends tracing previous transactions of tokens ”as far back as necessary” to determine if there were any suspicious circumstances.

The MAS has been a good example of a central bank honoring digital currencies while designing a rather benign regulatory framework that does not automatically discriminate against users and service providers.

“MAS’ surveillance suggests that virtual assets activity in Singapore has increased from a low base in recent years. Speculative trading of virtual assets on exchange platforms hit a peak in early 2018 with the rise in virtual assets market capitalisations, although the monthly trading volumes are less than 1% of those on the Singapore Exchange. Initial coin offerings (ICO) also gained popularity as a means for issuers to raise capital.”

Though Singapore’s Payment Services Act recognized “the potential ML/TF risks with regard to virtual assets”, most regulations put forth by the MAS have been characterized by many in the crypto industry as flexible and forward-looking.

While the country is now actively developing a framework to attract crypto businesses, the MAS acknowledged that they were late to the party, and compromised only a small percentage of digital assets.

“It is also noted that despite Singapore’s FinTech hub status, virtual assets activity in Singapore forms a small portion of global activity, and is not material compared to traditional financial activities in Singapore’s financial system.”

Already the home of venture capital-backed firms like KuCoin, Singapore will soon have an office for OKCoin, one of the world’s oldest crypto exchanges.