Everyone in crypto is talking about CME gaps, but all gaps are not created equal. Learn to identify the types and how to trade them.

The talk of the crypto community in the past few months has been the gaps on the Bitcoin (BTC) CME (Chicago Mercantile Exchange) futures chart. Bitcoin trades 24/7 on major exchanges but does not trade on weekends on the CME. This often creates a gap, or empty space on the chart when trading resumes on the CME.

There is a famous saying in Physics: “nature abhors a vacuum.” This is a postulate attributed to Aristotle, who articulated a belief, later criticized by the atomism of Epicurus and Lucretius, that nature contains no vacuums because the denser surrounding material continuum would immediately fill the rarity of an incipient void. People have expanded the concept to apply to many facets of life — including trading and technical analysis. 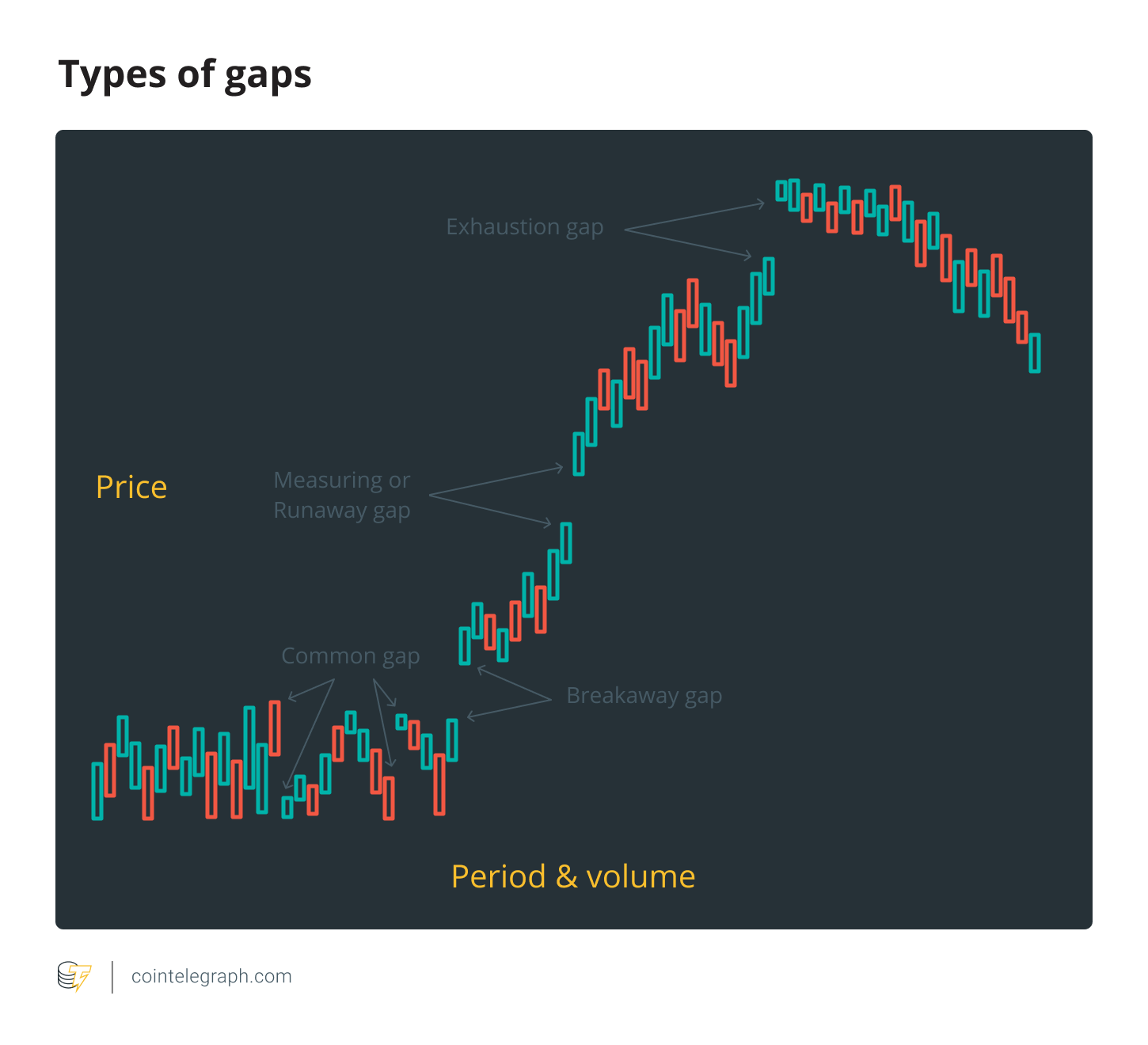 There are four types of gaps and they are traded in different manners. It is essential that investors be able to differentiate between them.

A common mistake when trading gaps is confusing exhaustion and measuring gaps. This can cause an investor to position himself incorrectly and to miss significant gains during the last half of a major uptrend.

Keeping an eye on the volume can help to find the clue for discerning between measuring gap and exhaustion gap. Normally, noticeable heavy volume precedes the arrival of an exhaustion gap.

Exhaustion and measuring gaps predict moves in opposite directions, so it is essential to understand the difference. Also, it is important to note that once a gap starts to fill, it rarely stops — because there are no immediate areas of support and resistance within the gap.

The bottom line? Measuring gaps and breakaway gaps are far less likely to be filled than exhaustion and common gaps. Understanding the difference between the types of gaps can help traders and investors make money in every market.

The views and opinions expressed here are solely those of the (@scottmelker) and do not necessarily reflect the views of Cointelegraph. Every investment and trading move involves risk. You should conduct your own research when making a decision.