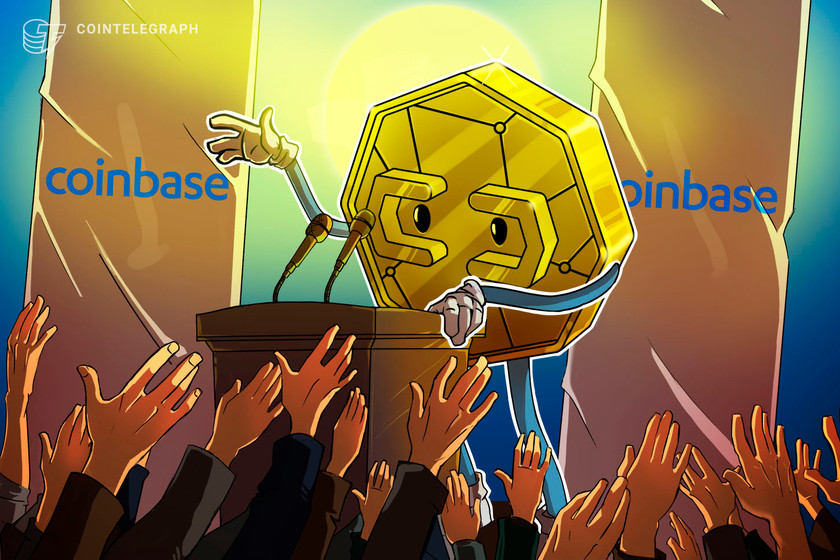 In the five days after launching on Coinbase, new token listings gain 91% on average. But that doesn’t tell the whole story.

Crypto analytics provider Messari has compiled a report concluding that the fabled “Coinbase effect” — the popular belief that new token listings on Coinbase tend to outperform launches on other exchanges — is true.

But the effect is far from consistent, and after controlling for outliers, it’s not as great as many assume.

While the research found that listings on Coinbase had the highest average return at 91%, the effect was far from consistent. The 28 tokens performed anywhere from a 32% loss to a 645% gain after five days. By contrast, new tokens on other exchanges ranged from a roughly 25% loss to a 60% gain with the next best average gain overall for an exchange around 20%. 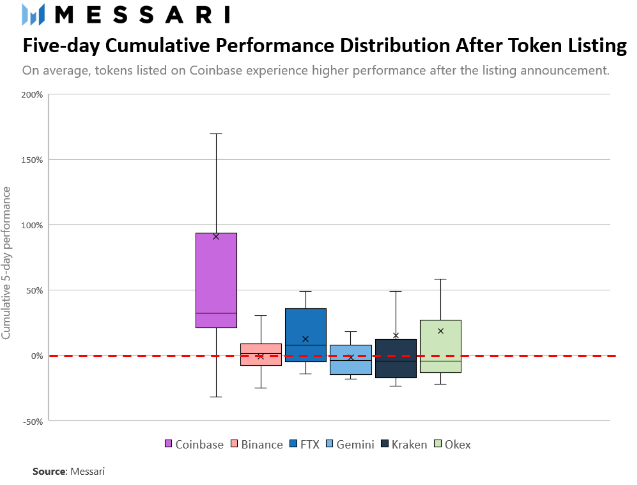 However, the researchers note external factors drove extreme returns for several tokens shortly after they listed on Coinbase, with Distict0x increasing by 645% and Civic gaining 493%.

When “controlling for outliers,” Messari still found Coinbase’s new listings outperformed other exchanges, with returns varying between 0% and 66% for an average of 29% overall.

In the adjusted data, OKEx ranked second on average with tokens gaining nearly 20%, followed by Kraken with 15%, FTX, with 12%, Binance with roughly 0%, and Gemini with a slight loss. 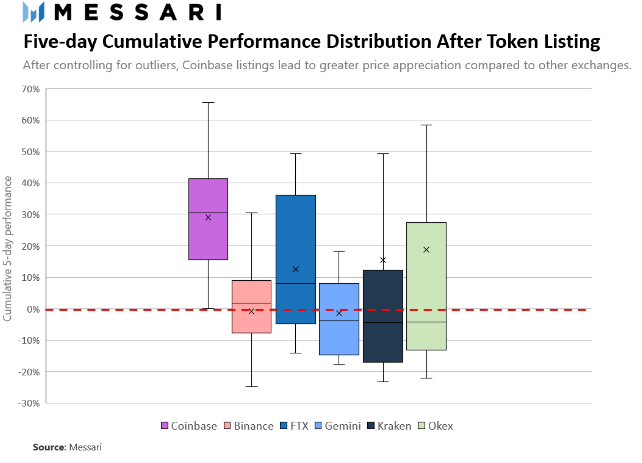 The Coinbase effect may be to do with the exchange’s popularity and strong brand name or be a bi-product of U.S. crypto regulations deterring many exchanges and issuers from offering services to residents of the United States, limiting the ability for retail investors to access many altcoins.

Messari describes Coinbase as “the largest retail onramp to crypto,” suggesting the strong average performance of freshly listed tokens on the exchange may be attributed to U.S. retail investors racing to gain exposure to previously inaccessible markets.

However, the report noted: “the Coinbase listing has the potential to have a positive impact on asset returns, it doesn’t affect all tokens in the same way.”