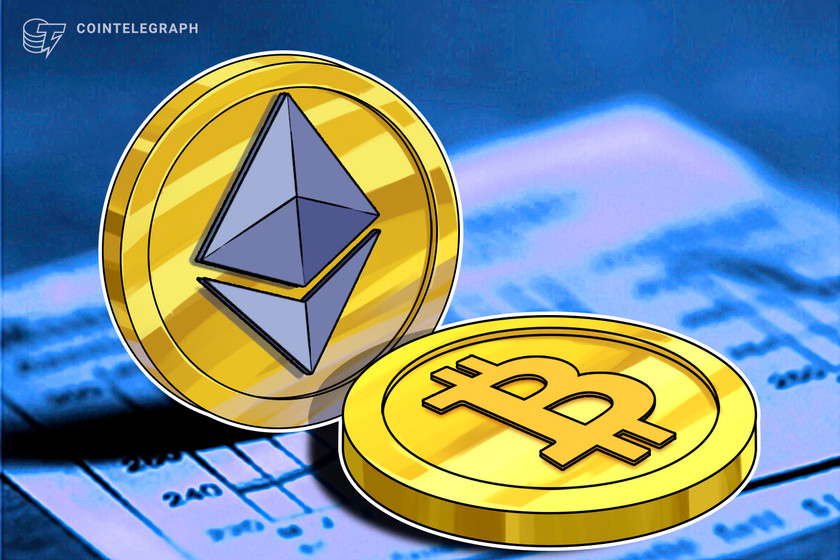 Meitu has reported losses of $17.3 million on its Bitcoin holdings, with its Ether investment having gained $14.7 million despite the recent crypto downturn.

Hong Kong tech company Meitu has taken a $17.3 million hit on its Bitcoin (BTC) holdings — but on the upside, its Ether (ETH) holdings have gained $14.7 million.

According to a June 6 voluntary announcement from Meitu, the fair value of its BTC and ETH holdings is based on the market prices as of June 30, which is the final day of the firm's six-month interim results, in accordance with International Financial Reporting Standards.

As of the end of the second quarter on June 30, Meitu’s BTC holdings represented $32.2 million and its ETH represented $65.2 million, marking an overall $2.6 million decrease from its initial $100 million investment.

The firm accounts crypto-assets as “intangible assets under the cost model” in the interim results, and the BTC loss is expected to be recognized as “impairment loss”, while the ETH gains will not be recognized as “revaluation gain” until such time as it is sold.

The interim results have not changed the firm's bullish sentiments towards crypto, with the announcement reiterating:

“The Board believes that the blockchain industry is still in its early stage and that cryptocurrencies have ample room for appreciation in value over the long-term.”

The report stated that due to the firm's long-term view “there are currently no plans to sell the same in the near future.”

Interestingly, the firm also provided an updated fair value of its ETH and BTC holdings as of July 6, which reveals an overall $5.2 million gain on its initial investment, with ETH representing $72.4 million, and BTC up slightly to $32.8 million.

Ethereum could gain even more if popular Crypto Twitter account “CroissantEth” is right with his thread containing 24 reasons why ETH is undervalued.

Aside from the obvious use cases of ETH in smart contracts, decentralized finance and NFTs, and the upcoming EIP-1159 upgrade and eventual transition to ETH 2.0, Croissant highlighted the fact that 94 out of the top 100 decentralized apps are built on the Ethereum network.

“These protocols often have many further use cases involving $ETH, creating the fundamentals for the Web 3.0 economy,” he said.

Croissant also points to the stablecoins that utilize the Ethereum network, citing Tether (USDT), USD Coin (USDC), MakerDao (DAI), and TrueUSD (TUSD), as he emphasized their multi-billion market caps, and highlighted that USDC grew from a $4 billion market cap to $25 billion this year.

They are very popular for use in DeFi, & VISA will soon accept tx settlement in $USDC$USDC has grown from a $4B mcap, to $25B this year pic.twitter.com/fP8gufNeAd

The Metaverse, gaming, and digital land also get notable mentions as he cites their massive growth potential, along with layer-two solutions, decentralized autonomous organizations to name a few.